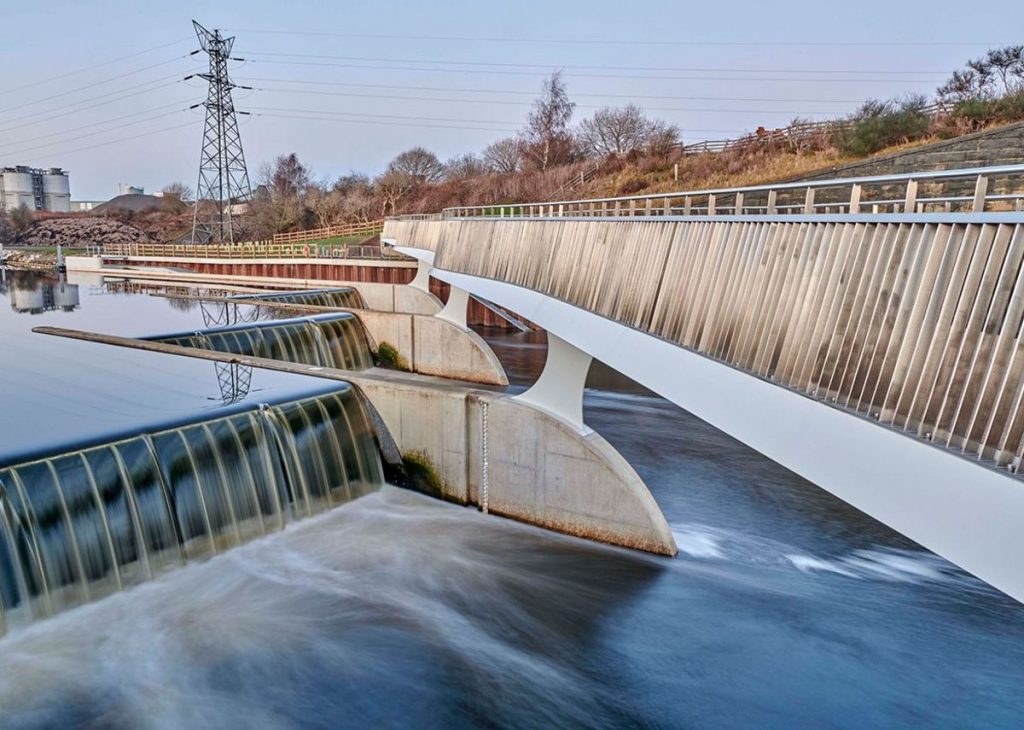 The new footbridge over the River Aire at Knostrop has has been Commended in this year’s McEwen Awards organised by the Royal Institute of British Architects (RIBA).

The bridge is a very elegant solution to a civil engineering problem. It sits above the moveable weirs that are part of Flood Alleviation Scheme built following the Boxing Day floods in 2015. The weirs can be lowered in future flood events to allow the water to move more quickly downstream.

The shared foot and cycle bridge forms part of the Trans-Pennine Trail and includes spaces to stop and watch the river and its wildlife.

The whole scheme was designed with fish, otters and eels – all of which have returned to this stretch of the river in recent years – in mind, as well as humans.

The award recognises architecture ‘for the common good’.

“All the judges liked the fact that an engineering-led project of this kind should consider the amenity and convenience of the public and be part of an overall landscape improvement of this alternative route into and out of the city, ‘taking people to places they might not have gone’ as Kathy Mac­Ewen put it.

“For me, it displays a clear intelligence and commitment to the old idea that public works are a matter of civic pride.”

Photo: The footbridge over the moveable weir on the River Aire at Knostrop by Paul White