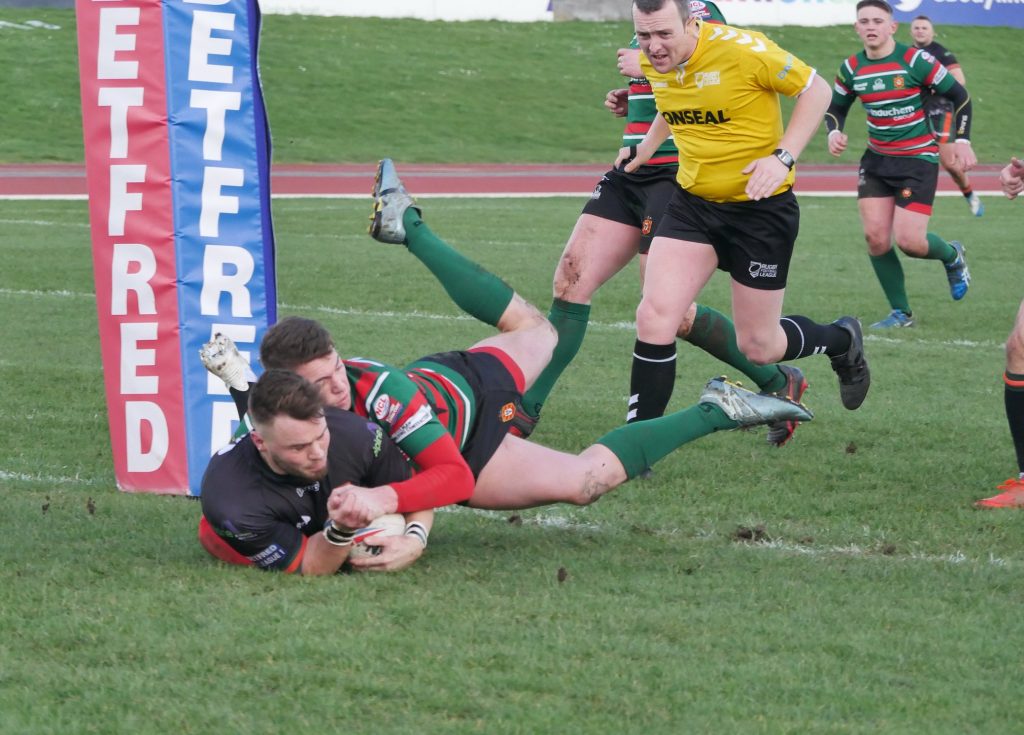 A minute’s silence was impeccably observed before the kick off for the legendary Peter Fox who sadly died last week.

The Bradford amateurs struck first just two minutes in, taking a 0-6 lead through Richard Lumb, whose try was converted by Harry Williams.

The Parksiders struck back with tries from Nathan Chappell, Jack Lee, Marcus Webb and Josh Tonks. Reece Dean converted two of the scores.

Joe Hammond scored for West Bowling before the break whilst Webb was in the sin bin for lashing out. The Bradord side were still in touch at half time with the score 20-10.

However, Hunslet showed their superiority over the NCL Division Two club with a disciplined second half performance.

Three tries in seven minutes snuffed out any chance of a cup upset. Hunslet withstood a period of pressure before killing the game off with four more tries.