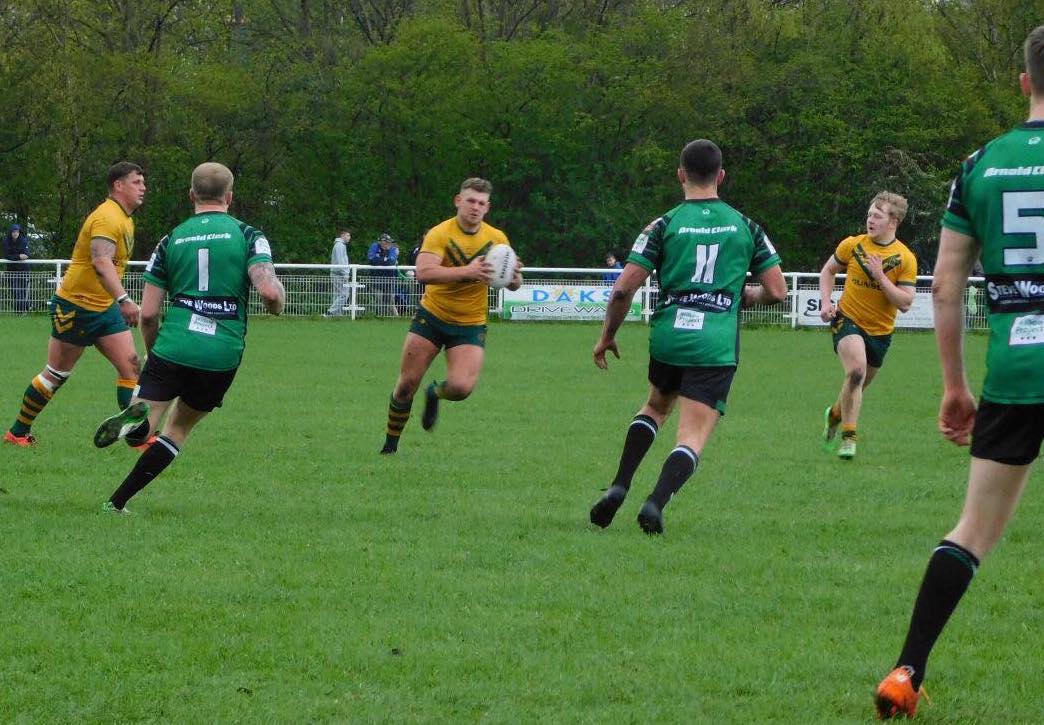 Hunslet Club Parkside have made a great start to their National Conference League Premiership Division season, winning their opening seven fixtures to open up a four point lead at the top in what is their first season in community rugby league’s top flight.

South Leeds Life:  Jamie how are things going in your first season in the NCL Premier Division?

Jamie:  Well we’re 7 out of 7 which is a good start but it’s going to be a long season and as I keep saying we need to continue working hard and everyone at the club is prepared to do that to get success. We know there are no easy games and we know we’ve got to put the work in every week.

South Leeds Life:  Did you expect to have such a good start?

Jamie:  You can’t get promoted and expect to win your first seven games, that would be insulting to the other teams in the League. I maybe expected to win 5 out of 7 but we haven’t set targets. Nobody is talking past the next game, so now we’ll start working hard for next week’s home game against Normanton Knights which will be a very tough game (Saturday 5 May KO 2.30pm, Beza Street opposite the Gardeners Arms).

South Leeds Life:  There seems to be a good atmosphere in the club – on the pitch and off it. What do you put that down to?

Jamie:  Everyone at the club puts in the effort week by week to achieve the success we are having. It’s not just the 17 who play every week. There’s a big squad of players who all contribute and as well as the coaching team, there’s all the other people who contribute in the background including physio Bianca who does a great job keeping the players fit when we all work full time, Glen, Frankie, Paul to name just a few. We’re a family as well as a rugby club.

South Leeds Life:  Thanks Jamie and good luck for the rest of the season.

Saturday’s game was tougher than the final score line suggests, a point eloquently made by coach Martin Rowse at the after match presentations. Skipper Fields opened the scoring on 14 minutes driving over from short range and converting his own try for a 6–0 lead. A Fields penalty for a ball steal was the only other score in the first half which ended at 8 – 0.

Full back Craig McShane was the first to score in the second half chiming into the line to score a classy try out wide on the left which was brilliantly converted by Fields for 14 – 0. A quick fire brace from centre Dale Harris on 60 minutes – following smart handling out to wing Omar Alrawi whose inside pass put Dale over out wide, and again on 62 minutes, both converted by Fields took the score to 26 – 0 which is how it finished.

There were strong performances from 1 to 17. Centre Kieran Murphy made a number of strong runs and as ever the basis for the victory was laid by powerful performances from all the forwards. This is a team well worth watching – and at just £3 (including programme) entry fee – great value too!