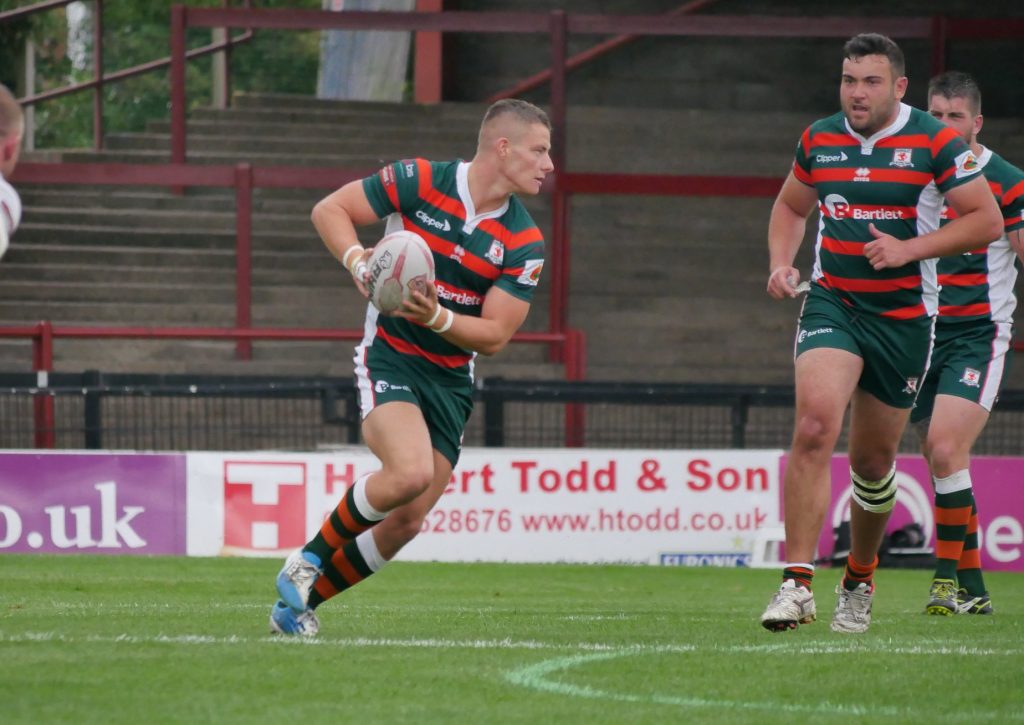 Hunslet RLFC suffered a tough afternoon at Bootham Crescent on Sunday (19 August 2018) as an in-form York City Knights brushed past the South Leeds side to go top of the league.

It was always going to be a tough ask for the Parksiders missing key players Josh Tonks, Nathan Chappell, Michael Haley and Tom Ashton amongst others. 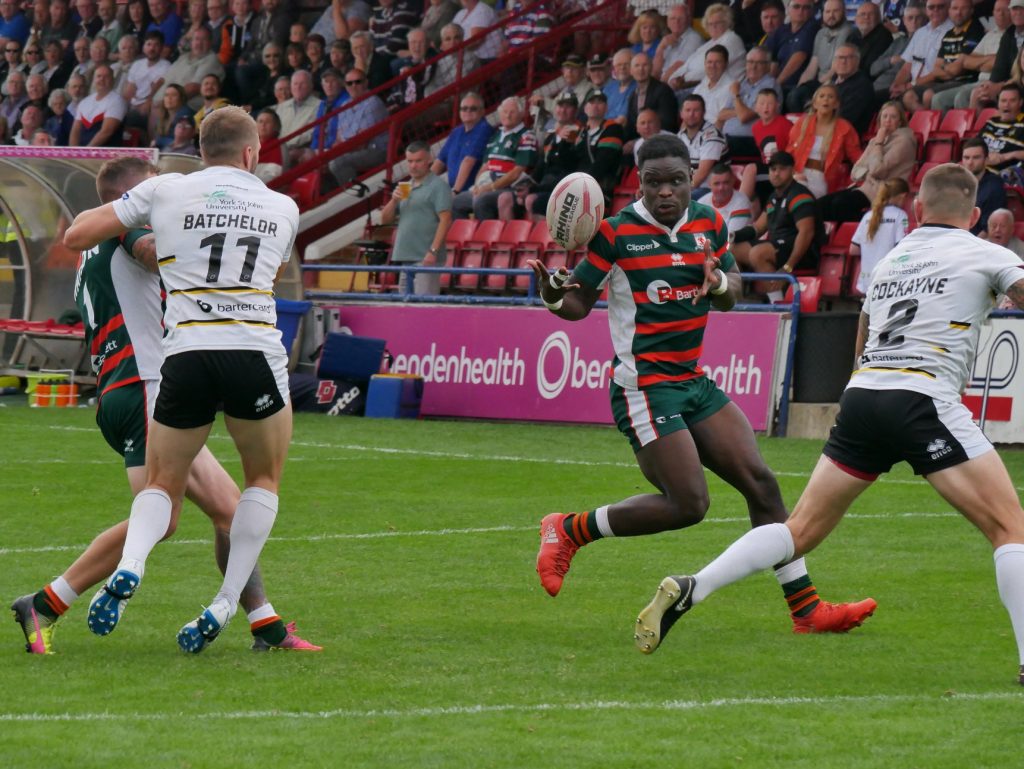 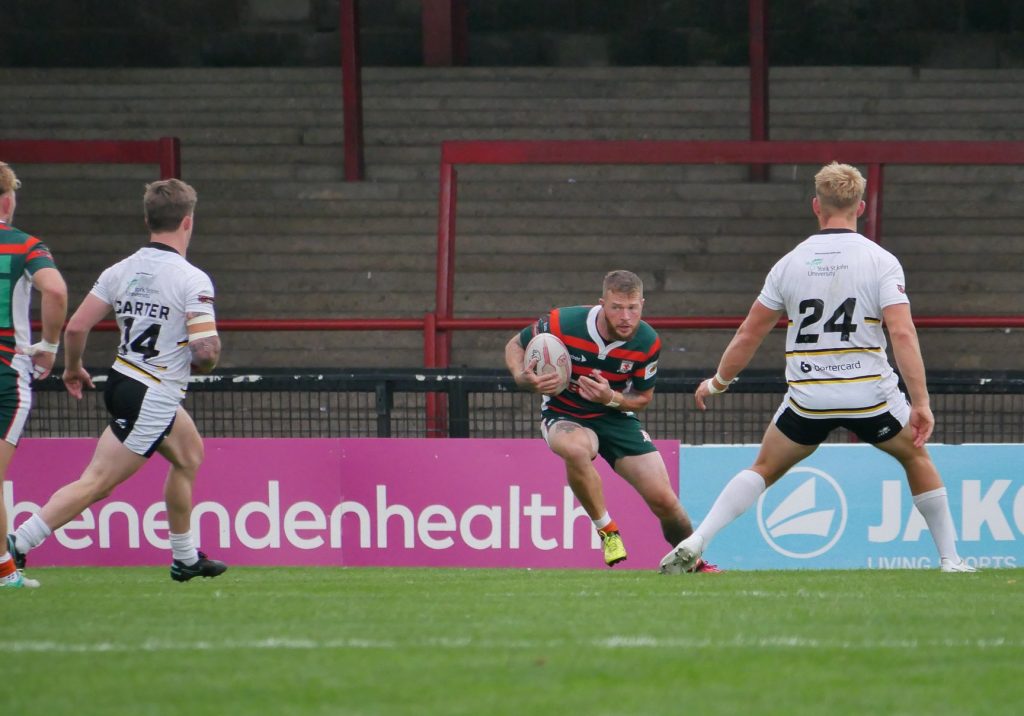 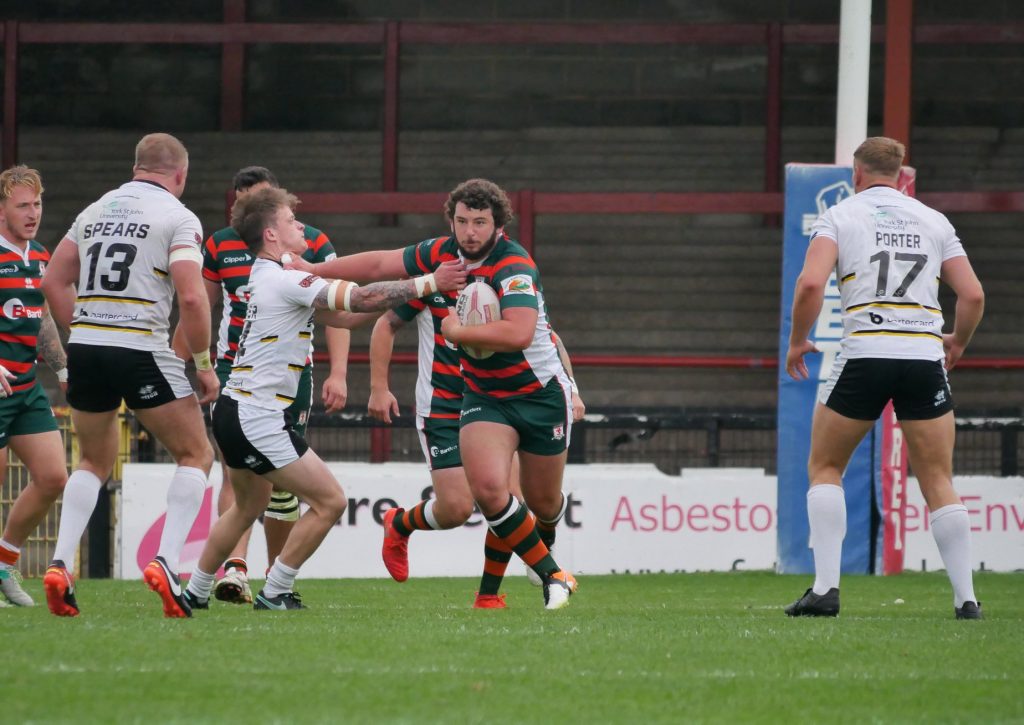 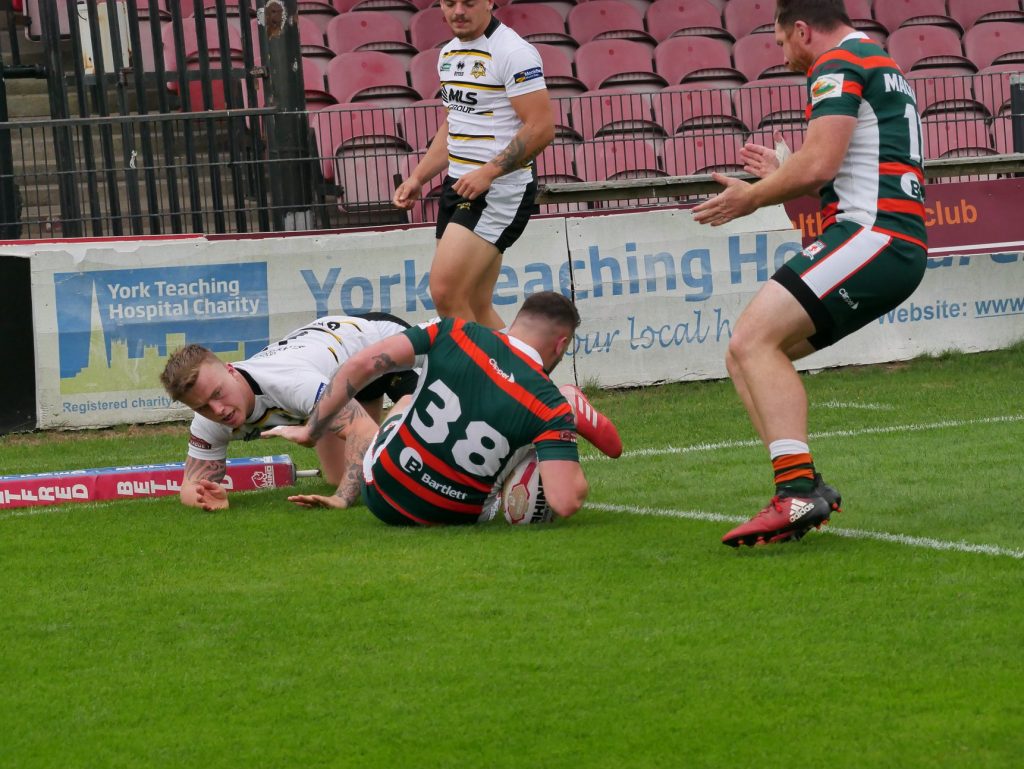 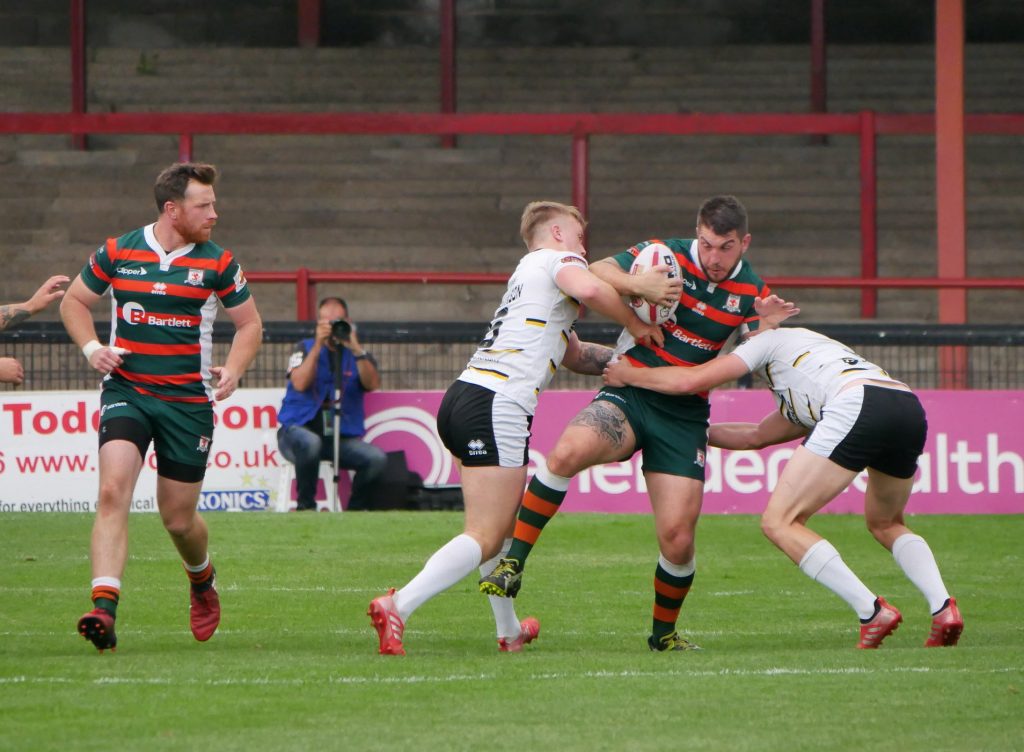 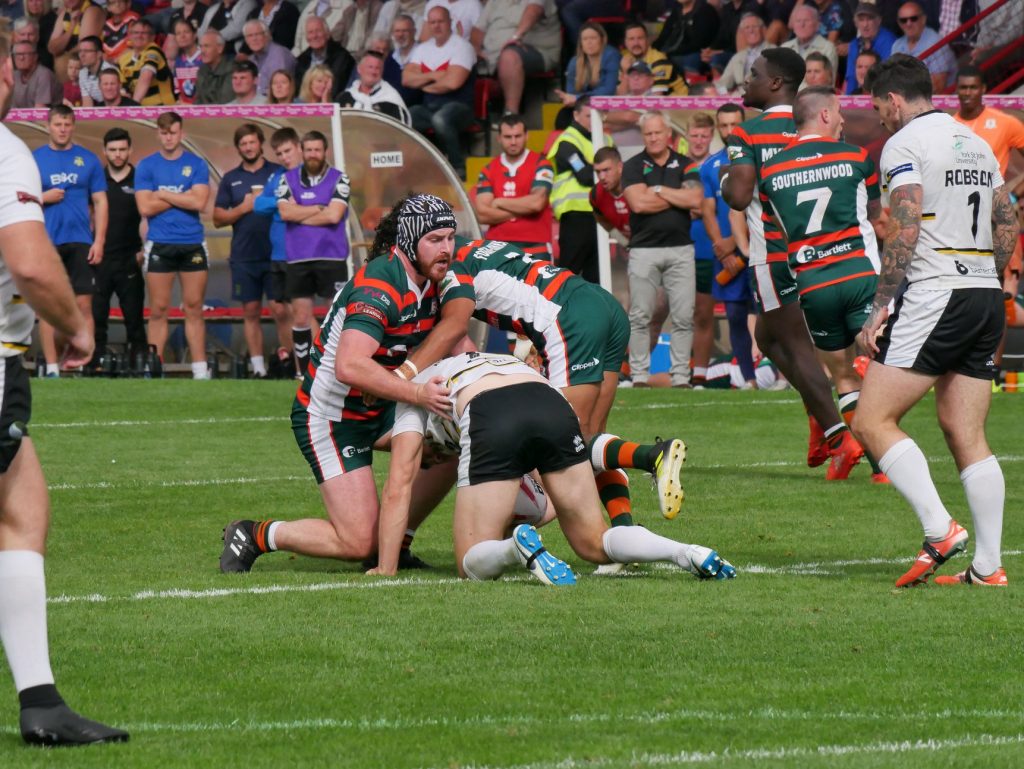 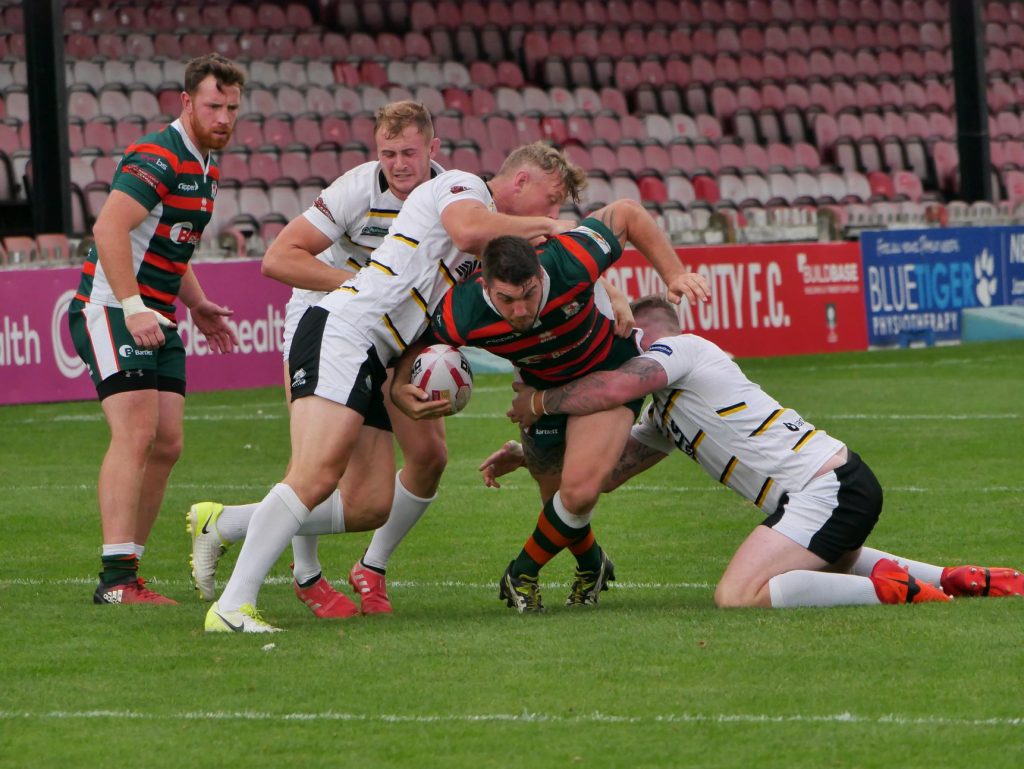 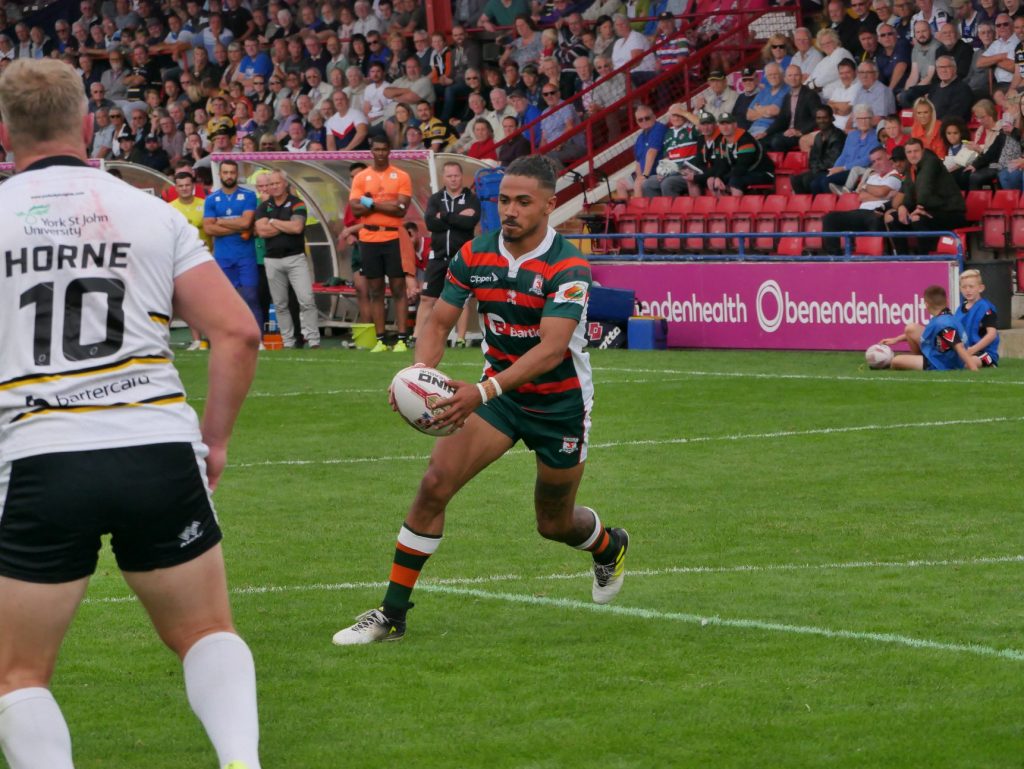 What Hunslet didn’t need to do was offer York a present from the first minute, but that’s exactly what happened as Horne went over 3 tackles after Hunslet had knocked on at the kick-off. 6-0 and the game barely started.

Hunslet though now gained some composure and put the York defence to the test. Repeated sets hammered at the Knights line. Jack Lee went close and Jimmy Watson was held up, but York couldn’t be breached showing why they are league leaders.

A superb David Foggin-Johnston tackle halted a fine York attack down the right wing keeping Hunslet in the match, but moments later a great ball by Ash Robson sent Will Oakes over for the Knights 12-0

Now Hunslet’s discipline started to let them down, a penalty for interference was converted by York for 14-0 and minutes later Jack Walton was sin-binned for a high tackle.

York took the advantage and on 35 minutes a lucky deflection from a last tackle kick was chased down by Ben Cockayne to score, try converted 20-0, York came again a minute later and this time Jack Ormandroyd powered over to score 26-0.

Hunslet’s luck was best showed in the 40th minute when from a Cain Southernwood kick Danny Grimshaw looked to have scored before being pulled back for offside.

The second half showed a tired but determined Hunslet up against a team in fine form. Robson notched more points for the Knights on 45 minutes from a great break 32-0, before good hands out to the right saw Hunslet’s winger Tommy Brierley sneak over in the corner. Joe Sanderson converted making the score 32-6.

It was always York’s day though and on 60 minutes Oakes scored with an elaborate dive in the left corner converted by Connor Robinson who had a good afternoon with the boot. Mistakes were costing Hunslet, and a mistake on the first tackle meant York launched a move down the right hand side resulting in a fine try for Ash Robson. 42-6

York were dangerous all over the field, and this was shown when a Hunslet attack broke down deep in York territory only for the home side’s Connor Robinson to sprint 90 yards to score, before converting to make it 48-6 at the Full time hooter.

So, a tough afternoon for Hunslet who now need to win their remaining games to have a chance of a top 5 place, whilst York can enjoy being top of the pile for the moment.

A week off next week for the Challenge Cup Final before Hunslet take on London Skolars at the South Leeds Stadium on Sunday 2 September (3pm).