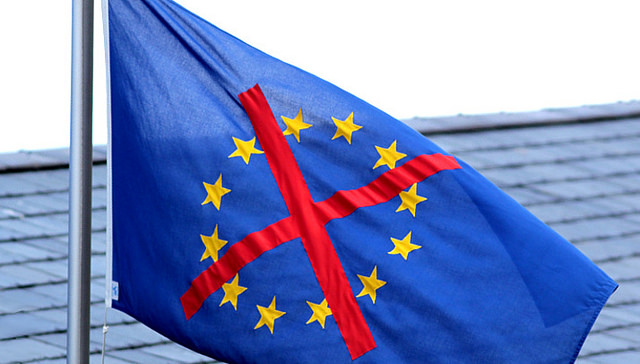 The upcoming referendum on our membership of the European Union gives us a unique opportunity to shape the future direction of our country, and is perhaps the most important decision we have had to take since the last European referendum back in 1975.

Needless to say, this vote really matters, and I will be casting my vote in favour of leaving the European Union.

Today we find ourselves part of a political union, where the majority of our laws are made overseas, and that it is all rather expensive. If the question was put today – would we join this union?

Overwhelmingly we would say no.

When we joined what was to become the European Union back in 1973, we thought we were joining a prosperous trading bloc, accounting for almost 40% of world output. Today, it accounts for less than 25%, and in a decade it is anticipated to be less than 15%. Europe is the one continent in the world that is not growing.

Britain is not a country sat on a wealth of natural resources. To succeed we need to trade our way in the world – and crucially trade where the customers are.

Is it possible to conceive of a situation where we can have the advantage of trade in Europe, whilst at the same time be able to trade in the global markets?

The short answer is – yes.

The two most outstanding examples of this are Norway and Switzerland, both of whom are covered by the ‘four freedoms’ of the single market – free movement of goods, services, people and capital, but critically, they are able to sign free trade deals with countries outside Europe. Meanwhile, trapped inside the European Union, we can’t do that. Our negotiations are done on our behalf by an unelected European Commissioner, bound to act in the ‘common interests’ of 28 member states.

Those in favour of remaining in the EU would argue that we gain better terms as part of a larger bloc, that we have more influence as a result.

I would counter this by asking – how do you maintain influence by letting someone else decide for you?

Membership of the European Union comes at a substantial cost, in the region of £55m per day, in gross terms. We receive around half of this money back, in the form of ‘funding’, however strict conditions are attached to how it is spent, often not in the best interests of the UK as a whole.

How can we sustain, morally or economically, a situation where not just the United Kingdom but all EU member states, are making difficult spending cuts at home, and every penny we save is being sent straight to Brussels?

Democracy in this country isn’t perfect. In 2015 a majority Conservative government was elected with 37% of the vote, and three parties combined (UKIP, Green & Liberal Democrat) secured almost 7.5m votes, a 24% share,  to be rewarded with a paltry ten MPs, indicating to me that the electoral system needs urgent, far reaching reform.

Despite this, at the very least we retain the right to cast our vote at local and national elections, to endorse the incumbent councillor or MP, or decide to vote for change.

The key decision makers within the institutions of the European Union are not elected, and are invulnerable to the opinions of people across the continent. Surely, as the country that developed the principle of Parliamentary democracy, we are better than to endorse this by voting to remain in the European Union?

In conclusion, it is my firm view that EU membership is a product of pessimism. A pessimism expressed notably in recent weeks by our Prime Minister, in an attempt strike fear into the hearts and minds of the British public.

My position in favour of leaving the European Union is one borne out of optimism. A position that would see us lift our eyes to horizons beyond Europe, and regain our rightful place at the forefront of the modern, 21st century global world, as we face the challenges, and enjoy the opportunities that this presents.

Please consider that carefully when casting your vote.

This post was written by Luke Senior using our Create an article for South Leeds Life page.

What do you think? Use the comments section below or send us your article.