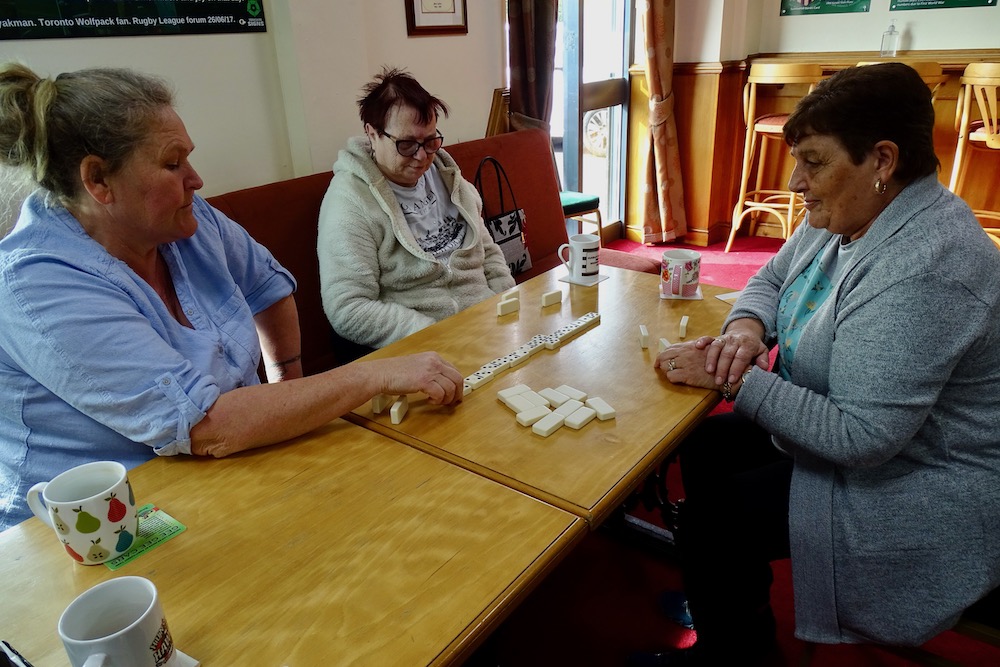 I called into the Monday Club at Hunslet RLFC last month and enjoyed games of table tennis and dominoes with some of the regulars.

The club is run by the Hunslet Rugby Foundation, but you don’t have to support the club, or even enjoy rugby to attend. It’s aim to provide a safe space for older folk in the community to socialise.

The table tennis table is always out, board games are supplied and the kettle’s on, but it’s the conversation that matters.

Over several games of dominoes and a cup of tea, Mandy, Christine and Christine told me why they enjoy the club.
It was a first visit for one of the Christines. She told me that she had hardly been out of her house since the pandemic started, except to go to the shops.

“I think a lot of people are scared to come out because of Covid, but it’s so important to meet people and talk and try and get back to normal” said Mandy.

“I’ve just lost my husband” explains the other Christine. “At first I didn’t know what to do, but I resolved to get out as much as podsible and I’m volunteering left, right and centre.”

The Christines are neighbours in Belle Isle and got a lift down to Phoenix Bar at South Leeds Stadium. Free lifts are available for anyone from Belle Isle who wants to attend.

Michael Nuttall who manages the Foundation and runs the Monday Club tells me that as well as chat and activities, he’s helping preople with technology.

“If they’re struggling with a smart phone or tablet, we can help. We’ve set up a WhatsApp group to keep in touch and encourage members to use a new app on their phone. We send a daily message to keep everyone in touch.”

The Monday Club meets every Monday from 9:45-11:45am in the Phoenix Bar at South Leeds Stadium, part of the John Charles Centre For Sport, LS11 5DJ. 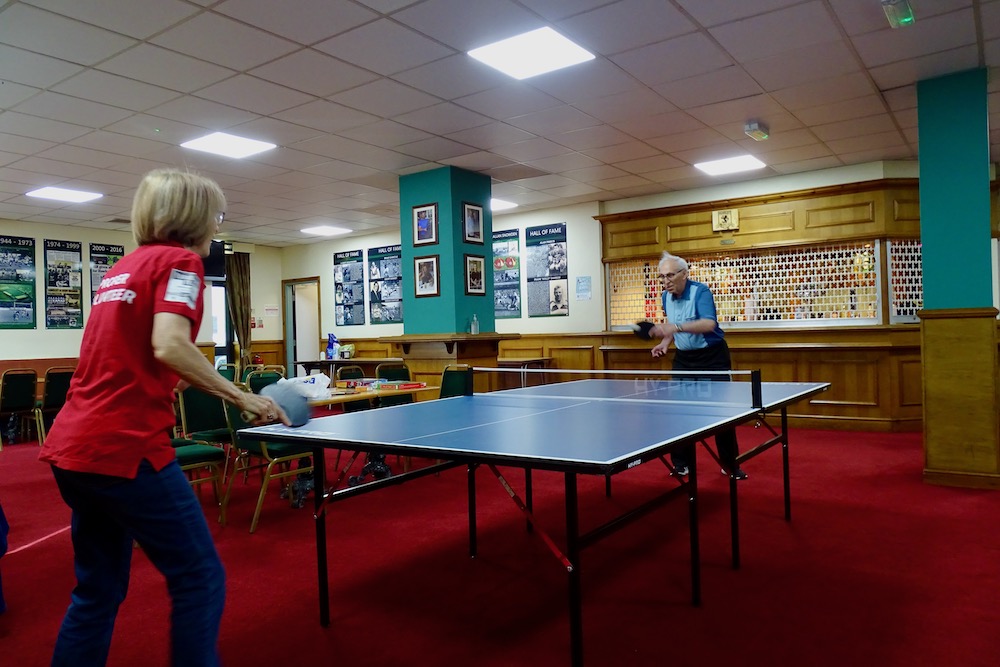 The Foundation also runs a Friday Breakfast Club from 10am. There’s usually some ex-players around to discuss the finer points of rugby league over a bacon buttie, but again everyone is welcome and you don’t have to have an interest in rugby to come along.

If you are into rugby, Michael also runs a Touch and Pass session for the over 40s at Hunslet Warriors every Wednesday 6:30-7:30pm. It’s free and open to anyone of any ability.