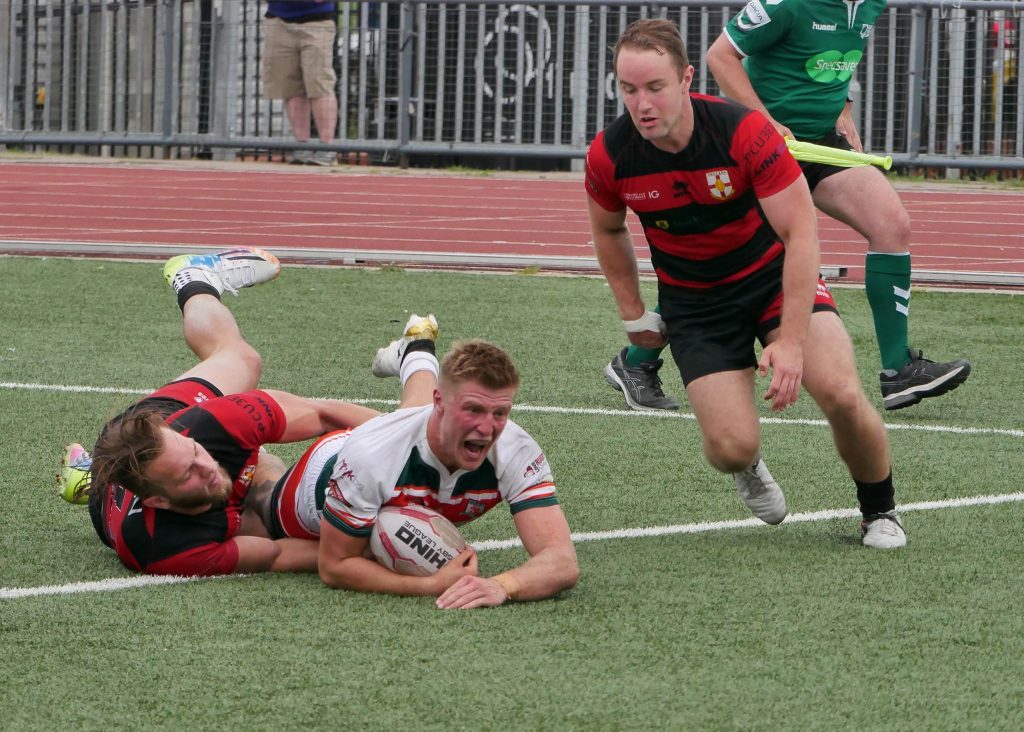 Having got off to a poor start, Hunslet scored six unanswered tries at the end of the first half and the beginning of the second.

Hunslet had had a try ruled out for a forward pass at 12-0, but finally got on the score sheet when hooker Jack Lee went over. Joe Sanderson converted the try as he did all of Hunslet’s tries this afternoon.

Michael Haley then crashed over for Hunslet and the teams went in at half time with Hunslet trailing 18-12.

The Parksiders started the second half as they had finished the first scoring four tries in a 16 minute blitz after the break. Will Cooke, Danny Halmshaw and Cain Southernwood (2) scored the tries, Sanderson converted them all. Hunslet were now 18-36 up.

Hunslet never seem to like to do things the easy way, and nearly let the Skolars back into the game in the final ten minutes. First Ryan Burroughs ran 80m to score a breakaway try and he was followed four minutes later by Neil Thorman, to narrow the lead to 6 points.

Hunslet switched back on and showed good game management skills as they moved the ball to Cain Southernwood for a drop goal. That sealed the win for Hunslet.

This was another good win on the road for Hunslet and their fourth straight win. They have won 8 of their 12 matches and tonight lie fourth in the League 1 table.

Next week they will play Coventry Bears at South Leeds Stadium on Sunday 17 June. Kick off is at 3pm and under 16s are free.