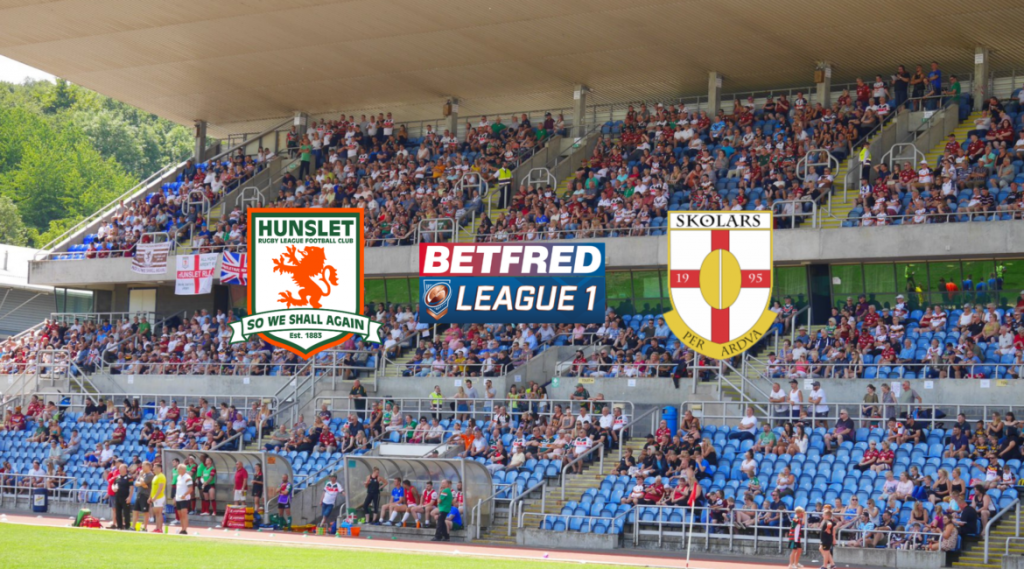 The game which sees top of the table Hunslet face third place Skolars will take place at the South Leeds Stadium this Sunday (28 April 2019) 3pm kick off. Tickets: £15, £10 (concessions), under 16s free.

Returning to the squad is Nathan Chappell (suspension), Jon Luke Kirby on loan from Huddersfield Giants and Marcus Webb, dropping out are Charlie Martin (illness), Aiden Hema and Nyle Flynn.

The full Hunslet squad is: