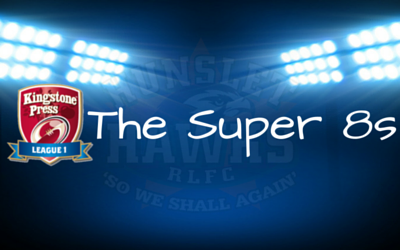 Hunslet Hawks’ fixtures for the Super 8 have been announced for what promises to be an exciting end to the Kingstone Press League 1 campaign. 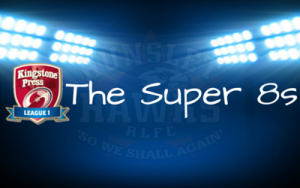 They will kick of their Super 8s campaign with a home game against London Skolars on Saturday 23 July, kick off 2pm. This will be followed by a trip to Cougar Park to face Keighley a week later. Hunslet finish the Super 8s where they started back in February, with a trip to Spotland Stadium as they take on Rochdale Hornets.

Due to the lack of availability of the South Leeds Stadium, none of their three home games will be played on a Sunday. The Hawks will face both London and Toulouse on a Saturday afternoon, with the home game against Doncaster due to be played on a Friday evening.

Full fixtures are as follows: