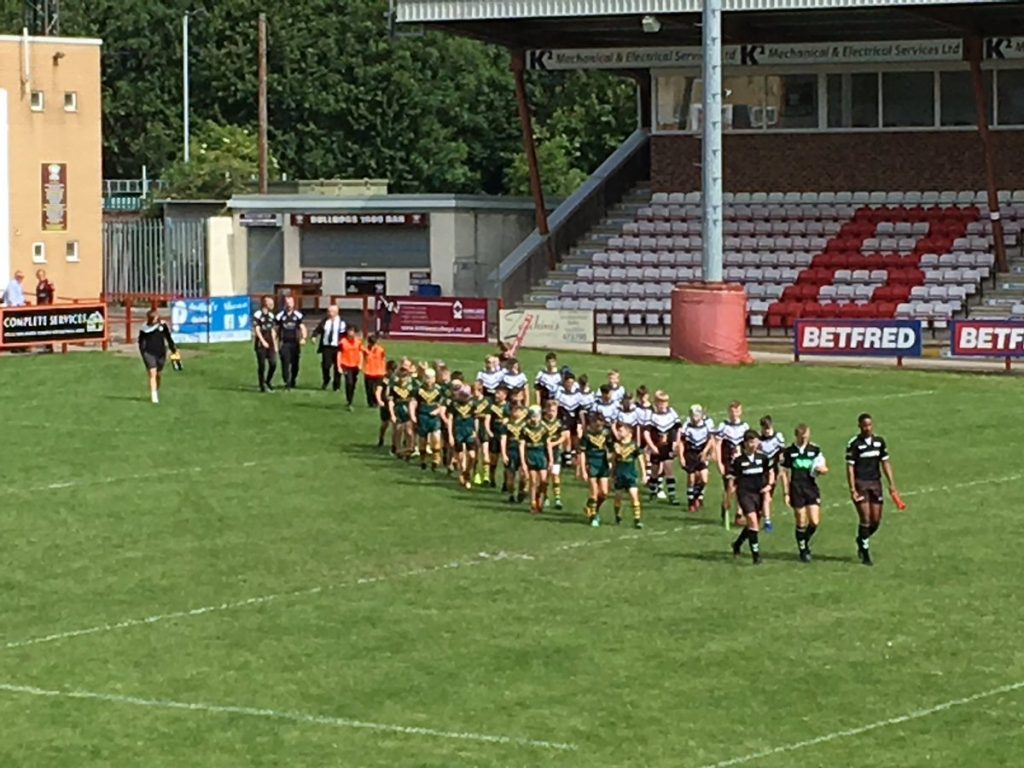 Hunslet Club Parkside fell short of silverware as they lost 28-0 to Stanningley in the Yorkshire Juniors U12 Challenge Cup final on Sunday 7 July 2019.

Stanningley ran in five unanswered tries to claim the Richard Harris Memorial Trophy at the Fox’s Biscuits Stadium, the home of Championship side Batley Bulldogs.

The result was a disappointing end to a fantastic campaign for the South Leeds side, who racked up 64 points en route to the final while only conceding six.

Nevertheless, Hunslet managed to bounce back on the following weekend with a 18-14 victory against Stanley Rangers.

Hunslet Club’s road to Batley started all the way back in March with a comfortable 20-0 defeat of Eastmoor Dragons.

A tougher assignment lay in wait in the quarter-finals but Hunslet emerged victorious from a hard-fought 8-6 win at West Bowling, before putting Newsome Panthers to the sword in the semi-finals with a handsome 36-0 win.

However, the talent of Stanningley – who also won the U15 Challenge Cup – was ultimately a step too far.

Noah Broadbent and James Hattersley were among the three first-half try-scorers as Stanningley built a commanding 18-0 lead by half-time.

Alex Peel added a fourth try before Broadbent grabbed his second score of the day to cap off Stanningley’s display.

Hunslet Club Parkside return to action on Saturday 20 July as they host Lock Lane in the Yorkshire Juniors U12s Division 1.