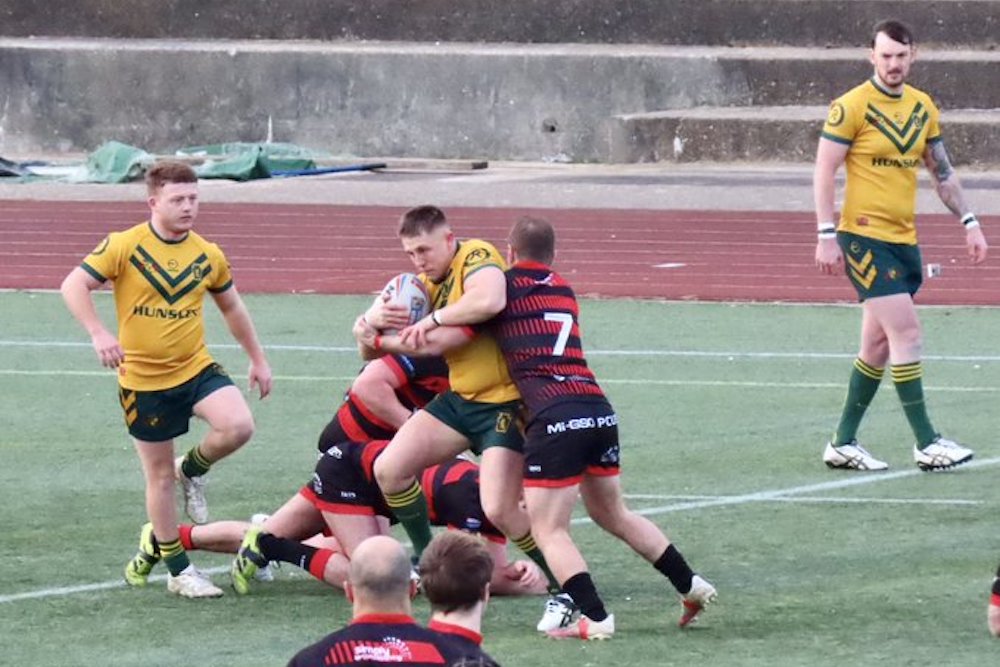 Parkside’s brilliant Challenge Cup winning run continued on Saturday afternoon (12 February) with a thoroughly deserved victory away to semi-pro Championship One opposition the London Skolars at the New River Stadium.

It was sunny and cold in north London and it was the home side who were first to make it onto the score sheet with a try to full back Jerome Yates 14 minutes into the encounter, converted by Phil Lyon. Parkside were bolstered by the return to the side of trio Craig McShane, Andy Hullock and skipper Ben Shulver and although the Skolars scored first it took just three short minutes for one of the returnees full back Craig McShane to go over showing pace, power and elusiveness to beat three defenders from dummy half, with Player of the Match Jamie Fields converting for 6–6.

Parkside took the lead for the first time when centre Jake Dearden crossed following a powerful break from Shulver and a sweetly lobbed cut out pass from full back McShane in the 22nd minute. A penalty to Andy Hullock brought the first half scoring to a close, the visitors leading 12–6.

The Old Boys did not take their feet off the pedal in the second 40, continuing to dominate proceedings and scoring three further tries through No 8 Elliot Morgan on 67’, converted by Fields, and two quick fire scores both in the final minutes of the game. Rake Jack McShane went in from close quarters on 78’, again converted by Fields and centre Omar Alrawi scored out on the left, finishing off a flowing handling move and bringing the final tally to London Skolars 6, Hunslet Club Parkside 28.

After the game skipper Ben Shulver could not hide his pride in his team’s performance:

“I’m absolutely buzzing and I know everyone else is. We spoke before the game that there was absolutely no pressure on us and we needed to just go out and show them how to play good rugby league. That bit of belief goes a long way and we are sure to take that into the next round. Win or lose I know these boys are going to give it the best they’ve got!”

The Old Boys now take on Championship side Sheffield Eagles in the 4th Round of the Betfred Challenge Cup on the weekend of 26/27th February. Date and venue to be announced.