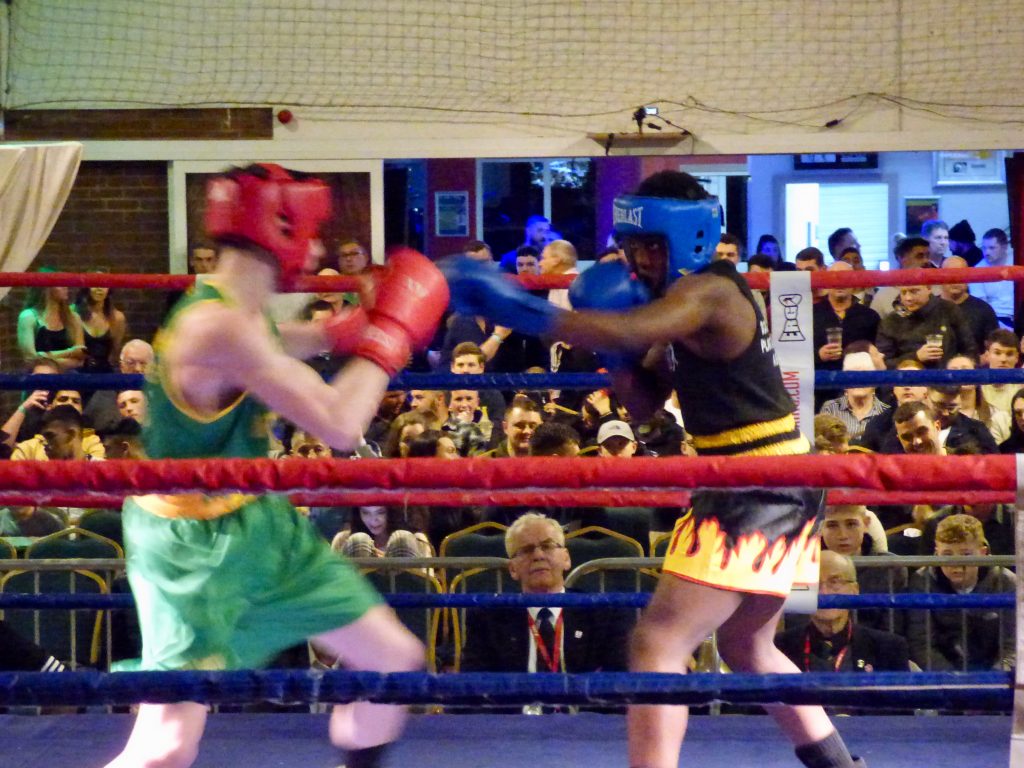 The Hunslet Club last Friday (22 March) hosted a busy night of amateur boxing, featuring top young boxers from the club and across the region in 14 hard-fought bouts.

All the competitors deserve credit for their energy, and their gallantry – but special mention is due to the following local boxers. Brooke Taylor faced Esme Ingle – the daughter on British Olympian and world champion boxer, Paul Ingle – and boxed exceptionally well on the front and back foot, to win on a unanimous decision.

Another Hunslet boxer, Reggie Ward, took on Seth Charles from Sheffield, a tough and more experienced opponent – but came out on top by unanimous decision after an exciting bout. Straight after, Levienio Ahmed – also for Hunslet – battled through a vigorous and balanced bout, again coming out on top.

Other local competitors weren’t so lucky – including Declan Blackley, who battled through a gritty and very close-fought bout, but unfortunately came out on the wrong end of a close decision. Mention too to Kian Doherty, who took the fight to his opponent, but ultimately came up short against the big-hitting Halifax boxer.

Elsewhere this weekend, Hunslet Club boxer Ellis Price won the National Junior Title in Sheffield – Ellis’ fourth National Title. To find out more or get involved with boxing at the club, or any of their other many programmes, click here or contact them here.