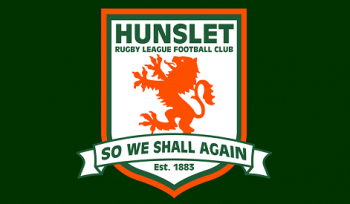 After last week’s shock defeat at Oxford and the surprise departure of Coach James Coyle, Hunslet got back to winning ways today (21 May 2017) at the South Leeds Stadium defeating Cumbrians, Workington Town by 30 points to 22. 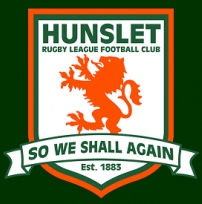 Town started the stronger and took the lead on 10 minutes when Patrick went over in the left corner after a flowing passing move. The try was unconverted and it was Hunslet who came closest next when Liam Mackay was held short after a lovely slip pass from Ansell.

Hunslet did level up on 20 minutes though, when Jimmy Watson was sent over to the right of the posts after some slick handing, the conversion by Sanderson made it 6-4.

Workington always looked strong in possession though and regained the lead on 35 minutes when Mossop went over in the left corner. Hunslet supporters decried the try though as it had come off of the back of two dubious Workington penalties.

Things could have been worse for Hunslet on 38 minutes as an attack on the right side for Town looked certain to be fruitful, until Jimmy Watson made a brilliant try saving tackle.

Workington lead 6-10 at the break.

Stand in Coach Rob Roberts must have made an inspired half time team talk as Hunslet came out a more confident team in the second period. Captain George Flanagan leading from the front went over from close range after Hunslet had forced a Town error on 41 minutes.

Then fortune struck on 50 minutes when two Workington defenders fielding a kick collided and Cameron Leeming swept up the loose ball to score, Sanderson converting to give Hunslet an 18-10 lead.

The best try of the afternoon came on 60 minutes when Nyle Flynn went over after some fine Hunslet ballwork.

At 24-10 the game should really have been sewn up, but Town found some form they had been lacking early in the second period. On 65 minutes Phillips went over from a deft slide kick and on 70 minutes Forber profited from a brilliant slip ball out of the tackle. Both tries converted left only 2 points in it at 24-22.

Hunslet have not faired well this season in close matches, but on this occasion leading rather than trailing they finished on a high. Lewis Reed sealed the victory with a try from close in, carrying three men over the line with him, Sanderson converting to give Hunslet a 30-22 victory.

Stand in Coach Rob Roberts must have been pleased with his teams effort. Man of the Match, George Flanagan as ever was a constant threat, whilst there were stand out efforts from Jamie Coventry, Marcus Webb and Mufaro Mvadudu.

Hunslet take a break next week for the Big Summer Bash in Blackpool, before resuming on Saturday 3 June, away to Barrow Raiders.