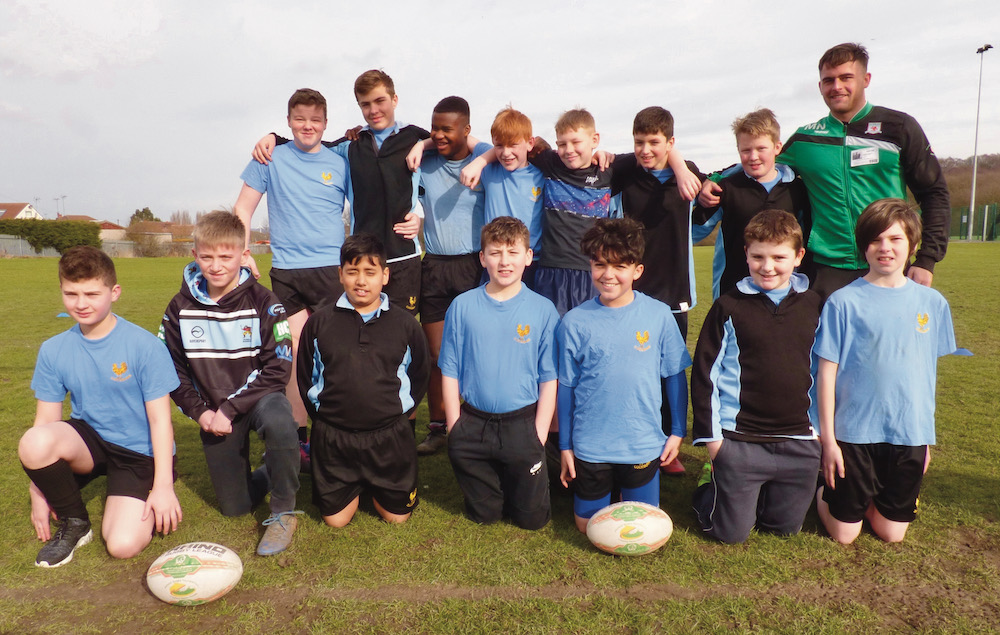 In the last two years over 4,000 boys and girls at local schools have come into contact with Rugby League thanks to Michael Nuttall and the Hunslet Rugby Foundation, part of Hunslet RLFC.

Michael spends most of his time in primary schools teaching multi skill sports, children play a range of games from which they learn core rugby skills of holding, passing and catching. He also promotes our local community clubs: Hunslet Club Parkside, Hunslet Warriors and Beeston Broncos.

Many primary schools don’t have a sports specialist amongst their staff and find Michael input invaluable. He also tries to pass on his skills to the class teachers, encouraging them to take the lead for part of the session.

Michael also takes after school sessions at secondary schools. At this age the pupils can play contact rugby and the sessions are more focused rugby training. He cites the example of one lad at Cockburn School who had only ever played football, but Michael spotted that his skills were more suited to rugby. After a year of training sessions he gave up football and joined a community rugby club.

Michael is a product of the Hunslet Club where he started playing rugby aged 5. He’s wanted to play professionally for as long as he can remember, but has been hampered by injuries. Coaching with the Foundation is a way of staying involved in the game and he’s thoroughly enjoying it.

His one frustration is that although his sessions are very popular with schools, he can’t deliver any more unless the Foundation is able to secure more funding.

Another side of his role sees Michael working directly with the community clubs. He organises curtain raiser games ahead of Hunslet RLFC’s home games. These give a great boost to the young players. He also runs summer rugby camps.