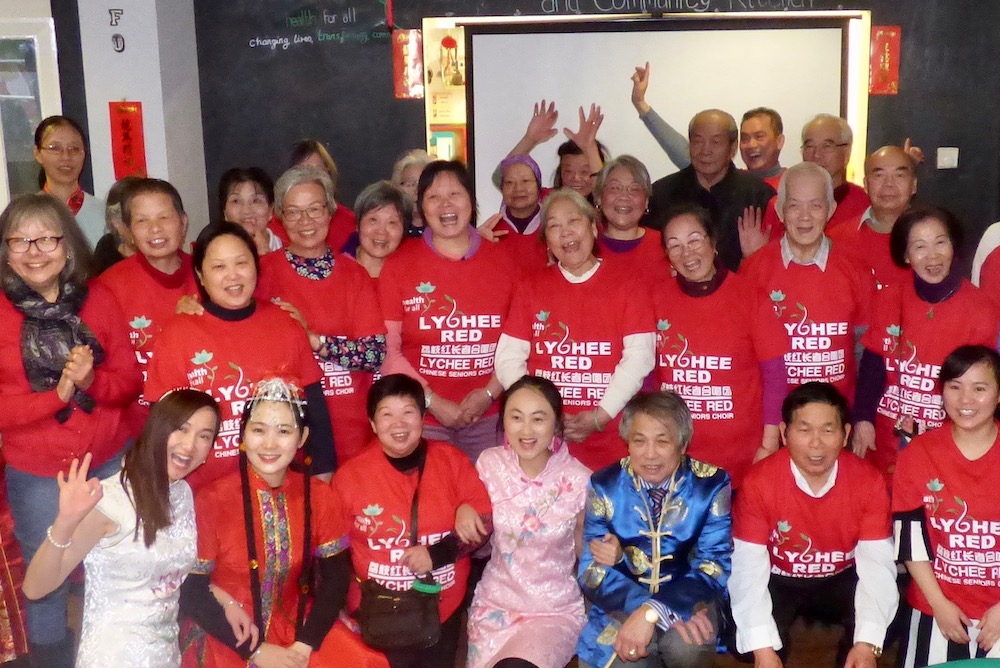 Hua Liu who works for Health For All on their Lychhe Red Chinese elders project has been selected by the Prime Minister’s Office at 10 Downing Street to be today’s Point of Light (22 January 2020).

This isn’t the first time Hua has been recognised for her outstanding work. As we reported last August, Hua appeared on The Independent’s 11th ‘Happy List.’

We’ve also reported on many of the activities and events Hua has organised including Chinese New Year celebrations and the Lychee Red choir. The founding of the group exemplifies both Hua’s and Health For All’s can-do approach. She called to the Beeston Village Community Centre to ask what could be organised for elders from her community. Health For All’s Toshal Bhatia who manages the centre worked with Hua to start the group, making space available in centre and helping with initial fundraising. The Lychee Red group quickly went from strength to strength.

Her Point of Light citation reads:

Hua Liu, from Beeston, is bringing together Chinese elders across Leeds facing loneliness and social isolation through her volunteer project ‘Lychee Red’, run in partnership with charities ‘Health For All’ and ‘Time To Shine.’

“As a new immigrant and mother of three children, I never imagined that I would become who I am today and to receive such a great honour in the UK. My local charity, ‘Health For All’, allowed me to serve the community and bring happiness to older people. They inspired me and changed my life.”

Points of Light are outstanding individual volunteers – people who are making a change in their community. Every week day the Prime Minister recognises an inspirational volunteer with the Daily Point of Light award.

First established by President George HW Bush in 1990, over 6,000 US Points of Light have been recognised in the USA. UK Points of Light was developed in partnership with the US programme and launched in the Cabinet Room at 10 Downing Street in April 2014.