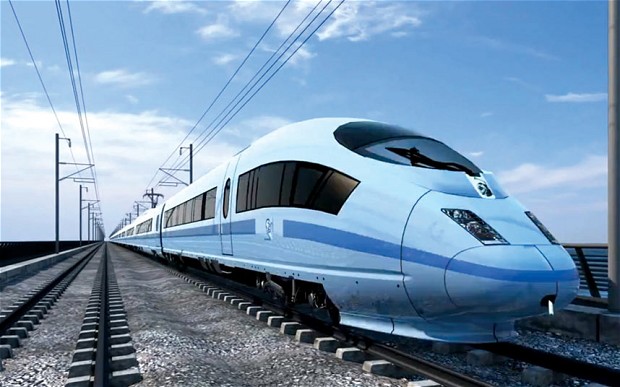 The Government has finally unveiled plans for the route of HS2 high speed rail line linking London and Leeds. The line will come through Hunslet to a new station built on a viaduct adjacent to Crown Point Retail Park, although it’s not due to open until 2032.

The proposed route has little affect on residential areas in South Leeds. It will use the route of the existing line in from Woodlesford past the Hunslet freight depot before branching off at Pottery Fields into a new station. The HS2 trains are much longer than conventional trains so they cannot use the existing Leeds City Station. The new platforms will run from the junction of Jack Lane and Leathley Road, through almost to ASDA House, but they will be on a raised viaduct, above the road level. A walkway will then link the new station to the old via its new south entrance.

You can find detailed route plans on this government website.

“This is great news and a really important day for Leeds. Fast train links are vital to the future of our economy and will help boost the region. And the strong all-party support for this project will give confidence to businesses thinking about investing in Leeds that we are building the infrastructure we need for a strong economy in the years ahead.

The route chosen into Leeds will, it seems, produce the least disruption but there must be full consultation with communities and businesses affected and generous compensation. It is also vital that there is an easy way for pedestrians to move between the two stations.”

Not everyone agrees with opponents suggesting the economic benefits are overstated. Penny Gaines from the campaign group Stop HS2 said:

“The Government talks about jobs, and regenerating the north, but in reality, high speed rail projects elsewhere have sucked jobs to the capital cities, away from the regions.  HS2 focuses on long distance journeys, when the main passenger growth is in regional and local areas.”

One issue that hasn’t been talked about much is the consequences for existing lines. The existing London mainline out of Leeds is running at full capacity which means that we cannot have a station in Beeston which would relieve traffic on match days at Elland Road. Other communities such as the mining villages of Hemsworth and South Kirby similarly cannot use the rail link to Leeds to rebuild themselves economically. With HS2 we might be able to use the local network more flexibly.

Of course there’s a lot of railway history here too. The route crosses the line of a route from Middleton Park down to wharves on the river Aire – a route that was the subject of the very first Railway Act of Parliament granting permanent access across other people’s land. It also passes the famous Hunslet Engine factories that once built locomotives for the world. It seems fitting that HS2 should be coming home to South Leeds.

Tell us what you think of these plans in the comments section below.