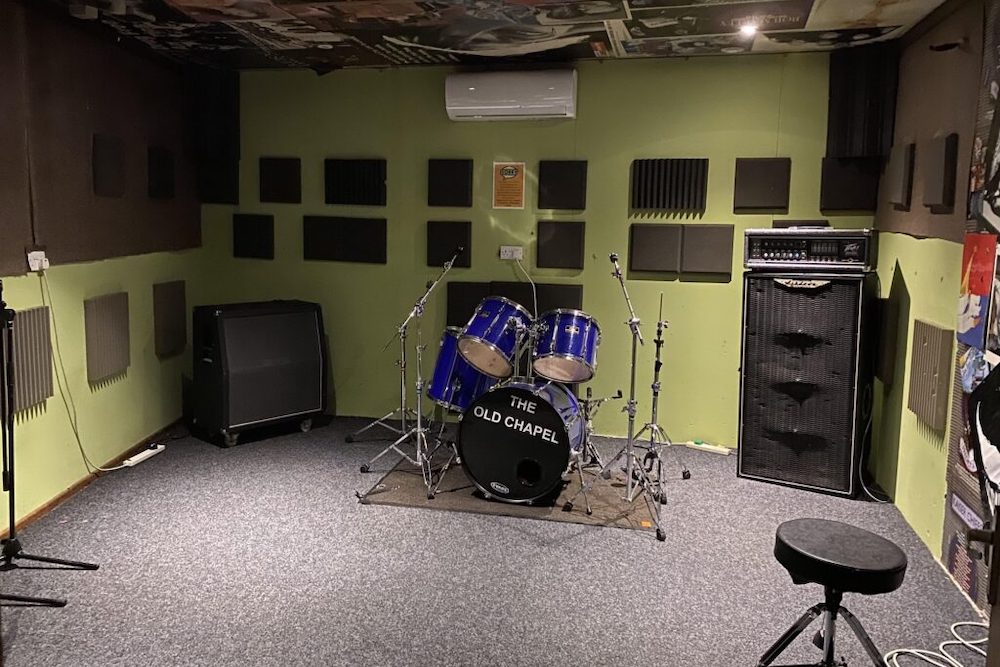 Old Chapel Music Studios in Holbeck is opening its doors to the public for free organised tours every month until the end of February 2024.

As well as playing a key part in the stories of some of the city’s best known bands including the Kaiser Chiefs, Embrace, and Red Lorry Yellow Lorry, Old Chapel Music CIC – a not for profit community interest company which manages the studios – supports young people, up-and-coming artists and community groups, giving them access to the same facilities as established bands.

Residents since 1997, when as teenagers they were known as Parva, the Kaiser Chiefs still rehearse at Old Chapel Music Studios and have their own room in the extension they helped to fund in 2013.

“Old Chapel is our musical home. Wherever we are within these walls it still feels like home.

“My memories of Old Chapel Studios are all really great, we had a lot of fun there.

“It was a space where you could be creative, develop, it was always great value for money and just a fantastic place.”

Old Chapel Music CIC also works closely with Festival Republic, promoter of the Leeds and Reading Festivals, which guides talented females and female-identified artists into the industry through its ReBalance programme launched in 2018.

“It’s rare that community and professional can be used in the same sentence but, when talking about Old Chapel Music Studios, that rarity is allowed.

“They mix that community approach and commitment with a professionalism at all levels that means that young female artists making their first EP like those that have been part of my ReBalance programme feel absolutely at home and confident they will be looked after in the same way that internationally known musicians and bands do. It’s a rare combination.”

The free tours, funded by the Civic Trust, cover the facility’s relocation and rebrand from Parkside Studios in 1992, together with the 30-year tale of its development from a former Wesleyan chapel into the community-focused creative hub it has become.

Featuring never-before-seen artefacts, participants have the chance to get hands-on with instruments and recording facilities, join in with quizzes and take away photo mementos from their visit.

The tours run at 11:30am and 2:30pm on the last Sunday of every month. They should be booked in advance by visiting oldchapelleeds.org and going to the ‘events’ page.