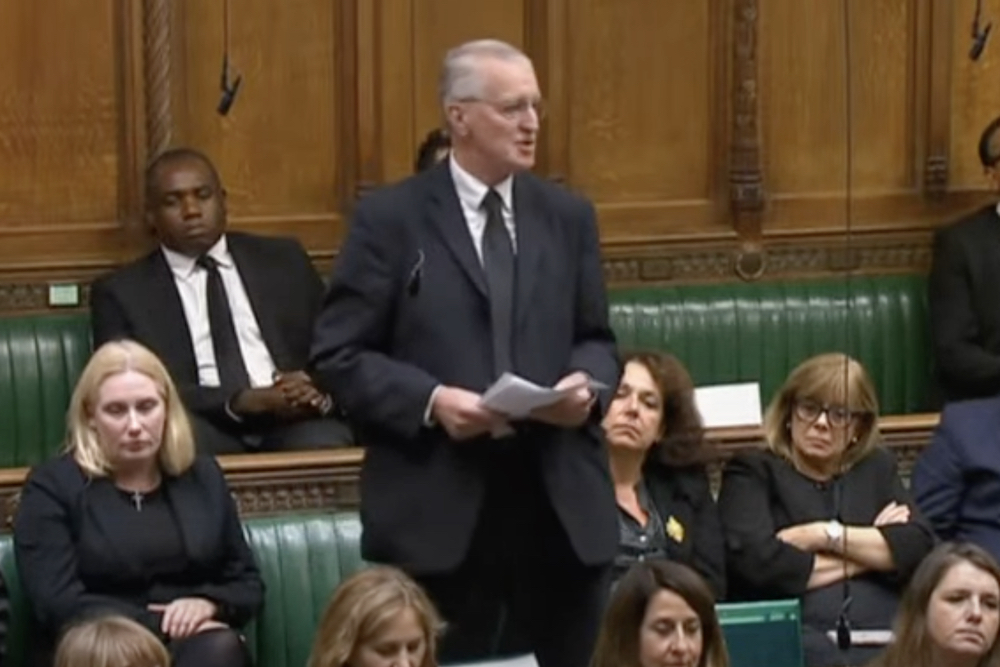 “I rise to speak on behalf of my constituents in Leeds Central, as we mourn the Queen’s passing, offer our heartfelt condolences to His Majesty the King and to the Royal Family on their private grief borne so publicly, and as we mark an extraordinary life.

“Hers was a life that above all else embodied constancy. We have known no other and we feel the Queen’s passing so keenly because she was always here.

“Her devotion to duty, to service and to representing our nation ran like an unbroken thread through the decades as well as through each of our lives. Like the passing of time and the changing of the seasons, she was always here.

“And although so many things changed around her during her reign, she did not change. Above the noisy clamour of political and public debate, she carried on and showed us what service means, carried out with grace and with humour.

“And now the day has come, as we long feared but knew it would, when she is no longer here, and as the people of Leeds, of Yorkshire and of the country come to terms with its deep sense of loss at this moment in the history of our nation – our United Kingdom – let us give thanks for her uniquely long and well-lived life.

“And just as faith, hope, and love abide, so will our memories of the Queen. Her constancy, her service and her profound sense of duty.

“Thank you for everything that you did Ma’am.

“And may you rest in peace eternal.”

Civic leaders in the city made the following statements:

“I am very sorry to hear that Her Majesty Queen Elizabeth II has died. She worked tirelessly during her reign, representing the nation, attending official state visits abroad as well as spending a huge amount of time travelling around the country visiting charities, hospitals and organisations to meet and listen to the people she served.

“I know from her last visit to Leeds when the crowds lined Briggate to see her on her visit to the newly refurbished City Varieties Music Hall how much people respected and admired her, and so on behalf of the people of Leeds I have expressed our formal condolences in a letter to the new Sovereign’s Private Secretary to be passed to the new Sovereign. Flags on civic buildings have been lowered to half-mast in tribute.

“We were deeply saddened to hear the announcement from Buckingham Palace that Her Majesty Queen Elizabeth II has died. I know many of our residents will be feeling a sense of deep shock, sorrow and grief. Her Majesty Queen Elizabeth II dedicated her life in service to this country. She is the longest reigning monarch in our history, and the only monarch many of us will have ever known; having celebrated her Platinum Jubilee marking 70 years on the throne this year. Civic and Town Hall buildings will be lit in purple during the hours of darkness from tonight and throughout the official period of mourning in recognition.

“Her late Majesty Queen Elizabeth II had a strong association and connection with Leeds and left a lasting legacy on the city and its communities during her memorable visits and occasions, which crossed different decades and generations. As well as her own family ties with the estate of Harewood, she undertook tours for her Coronation in 1952 and Silver and Diamond Jubilees in 1977 and 2012 respectively; when she also honoured the city by officially launching our Child Friendly Leeds commitment.

“A number of iconic Leeds institutions were included in her royal visits across seven decades on the throne including Roundhay Park, the Burton’s Factory, Leeds Art Gallery, the Emmerdale set, Elland Road and the Royal Armouries. She also opened the Seacroft Civic Centre where she took the time to speak with residents and council housing tenants. I’m sure that people across the city will join us at this time in paying their respects and remembering her many years of service to the city and the country. Our thoughts are with them, and with His Majesty the King and the other members of the Royal Family.”

Leeds City Council has opened an online Book of Condolence at: bookofcondolences.leeds.gov.uk