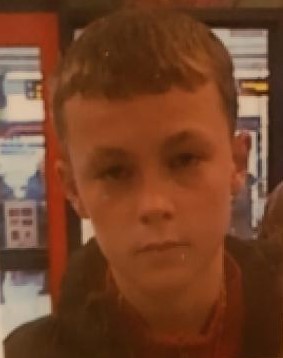 Updated 18 February 11am: Bryn Perry has been found safe and well

Police are concerned for the welfare of a 15-year-old boy who has been reported missing from home in Knottingley.

Bryn Perry was last seen in the Belle Isle area of Leeds at 5pm on Friday, 14 February, and was reported missing later that evening.

He is described as white, 5ft 9ins tall, of thin build, with short blond hair and blue eyes. He was last seen wearing grey Adidas sportswear and speaks with a Manchester accent.

He is known to frequent Leeds city centre and the Middleton Park area.

Enquiries have been carried out over the weekend to try and locate Bryn but at this time his whereabouts remain unknown.

Anyone who has seen Bryn during this time, or with information about where he might be, is asked to contact West Yorkshire Police by calling 101 or going online at www.westyorkshire.police.uk/101livechat quoting log number 1997 of 14/02.