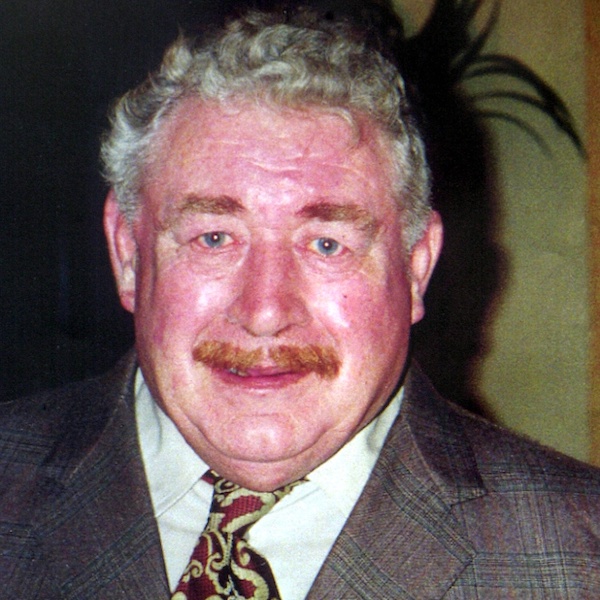 The family of a retired merchant navy captain who would have celebrated his 90th birthday today (Tuesday 22 September 2020) have made a heartfelt appeal for anyone with information about his murder to come forward.

Leonard Farrar, 71, was found dead in the hallway of his home on Cardinal Road, Beeston on 4 May 2002. He had been stabbed multiple times.

Since then many police appeals have been made to try and trace his killer with extensive enquiries made by officers through the last 18 years but his murder remains unsolved.

No one has ever been charged in connection with his death.

Now, 18 years after his death, the police and Leonard’s family are re-appealing to help try and catch his killer.

The family of Leonard, said:

“We have released photos of Leonard when he was a 17-year-old in the Merchant Navy and as a coach driver for Wallace Arnold as they perfectly encapsulate him and his loving and kind side.

“Leonard was taken from us in terrible circumstances and we want people to remember him and the awful fate he suffered. His murderer is still out there.

“We hope that by releasing these photos it might encourage someone who hasn’t felt able to get in touch with the police before to get in contact and help police with their enquiries.”

“It may be nearly two decades since Leonard was brutally murdered but we are as determined as ever to bring his killer or killers to justice.

“A lot can change in 18 years – people who may have known or suspected something about a loved one at the time may have felt a misplaced loyalty to them and not said anything.

“A lot can change in 18 years – and I would urge people to consider their consciences.

“Or someone may remember something that didn’t seem important at the time. Now is the time to come forward and tell us what you know.

“One thing that hasn’t changed is just how much Leonard’s family miss him and I am determined to get justice for them.”

What is known about the case – a timeline:

Leonard was the victim of at least two distraction type burglaries two or three weeks prior to his murder (not reported) when a man and a woman aged in their mid-20s tried to gain access to his house. He spoke to them and gave them £60 for tobacco.

Leonard was seen alive by a neighbour in his garden at about 11:30pm on Thursday 2 May (the day of local elections). That was the last known sighting of Leonard except by the killer.

At 10:50pm on Friday 3 May a lone male was seen standing by Leonard’s car (a Fiat Panda, registration L994 LUM) on spare land close to the Normanton Estate area of Beeston.

As he walked away the car ignited. He then made his way from the Normanton Estate towards Elland Road.

As a result of enquiries into the burning car officers went to Leonard’s house and found him dead in the hallway of his home.

A murder investigation was launched and an incident room set up at Holbeck Police Station.

“The investigation team at the time established that there were no signs of a forced entry into his home and although there may have been some disturbance within the property, there was no suggestion that it was ransacked.

“Appeals have been made to trace two people – believed to be young people – who were seen watching the car on fire on the spare land at 10:55pm on the Friday evening. They have never been traced – they are now 18 years older – and more mature so are perhaps more prepared to come forward.”

Anyone with information is asked to call police on 01924 821543. There will be a voicemail facility on the phone for people to leave a message.

Alternatively you can call 101 or if you wish to remain anonymous, please contact the independent charity Crimestoppers by calling their 24/7 UK Contact Centre on freephone 0800 555 111 or use their anonymous online form at Crimestoppers-uk.org.