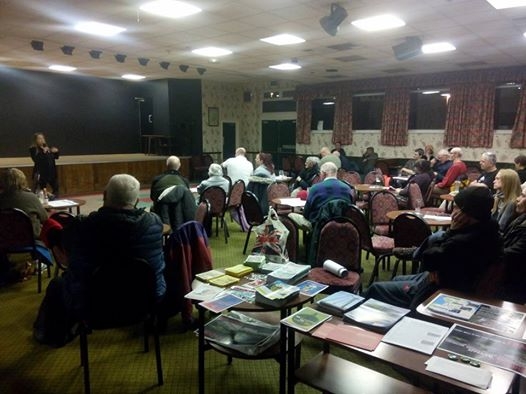 A Leeds environmental group is warning residents of south Leeds, and especially Hunslet, about the potential risk of large amounts of toxic waste water – the leftovers from ‘fracking’ operations across northern England – being brought to the area for processing and disposal, and is inviting them to help campaign against the proposals before it’s too late.

Fracking is a controversial new method for extracting underground gas and oil, by pumping in high-pressure water and chemicals to force it out. It’s been subject to considerable opposition and campaigning across the country and the world – but UK operations seem likely to start in the coming year.

Fracking isn’t yet happening in or near Leeds, but ‘Frack Free Leeds’ campaigners have discovered that large quantities of the fracking waste from across the North are likely to be brought to Leeds – to the Knostrop water treatment works, immediately opposite Hunslet on the River Aire. They warn that this waste contains very high levels of toxic chemicals and heavy metals, that cannot be adequately processed – and that it will be released into the River Aire and therefore the local water table, or the local food system (via agricultural slurry).

Over fifty people turned out on a mucky night for the local campaign launch event (on Monday 21 November 2016), at St Joseph’s Club in Hunslet. Speakers featured Dr Tim Thornton, a retired GP and parish councillor from Ryedale in North Yorkshire (an area slated for fracking) – and Tina Louise Rothery of ‘Nanas Against Fracking’, one of the lead campaigners against the fracking operations in Blackpool.

“The shale gas industry is huge, and very dangerous – so this meeting was brilliant, with lots of people who give a damn about the community. Even if they don’t frack in Leeds, you’re going to be expected to take their waste at Knostrop. This isn’t scaremongering – but you need to know what’s in that waste, and what it’s going to do to your community. You assume there are safeguards, but the government is closing its eyes to the dangers.”

South Leeds Life are in contact with Yorkshire Water, FCC Environmental (a commercial firm next to Knostrop, who will also be involved in processing the waste), and Leeds City Council about the potential risks and concerns, and will offer further updates in the coming weeks and months. Watch this space, find out more about Frack Free Leeds here, and/or do your own research online.