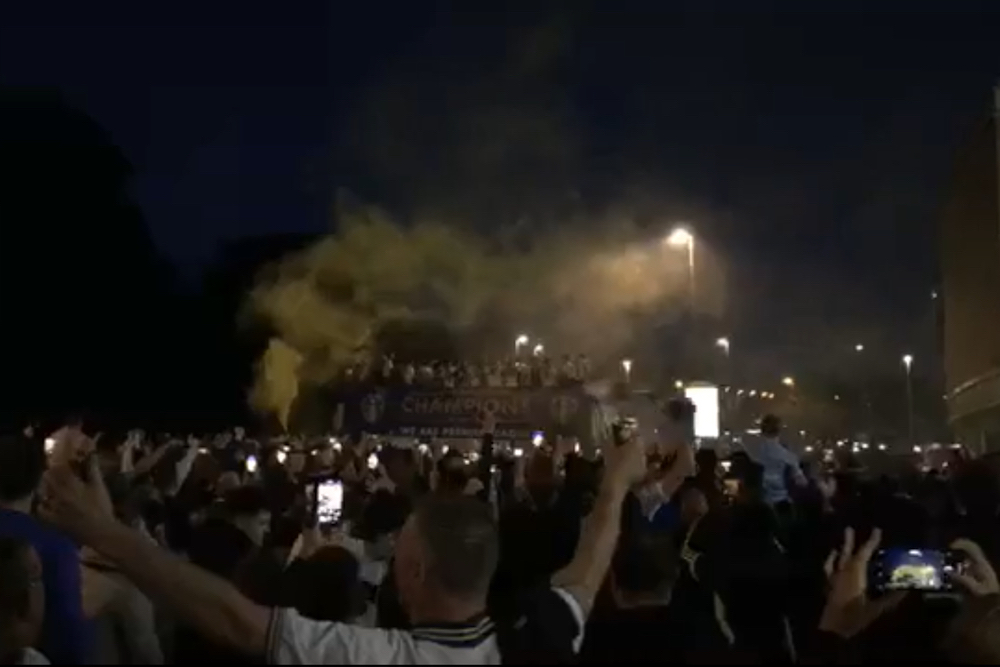 West Yorkshire Police have issued a statement in relation to fans gathering outside Elland Road to celebrate the club receiving the Championship trophy yesterday (22 July 2020).

“The safety of fans and the wider public has always been our primary concern and that is why we advised the safest way for people to celebrate in these times was in their own homes.

“However, it was anticipated that some fans would gather outside the ground last night to celebrate and a police operation was put in place to make sure that this was managed safely and effectively.

“This operation saw a total of four people arrested for public order offences. One officer received a minor injury which did not require hospital treatment.

“While most of those who gathered did so with good intentions, there were some missiles thrown which resulted in officers having to wear protective equipment.

“Assaults on police officers will not be tolerated and enquiries will be made to identify those responsible so appropriate action can be taken.”

One Reply to “Four arrests as fans celebrate at Elland Road”