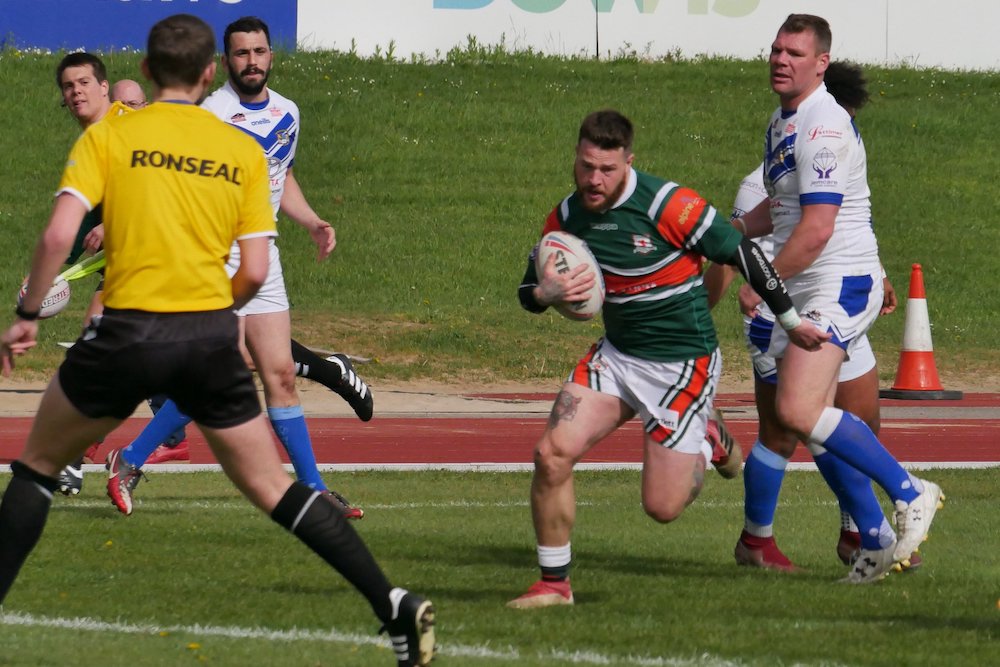 The RFL (Rugby Football League) have announced the Betfred League 1 Fixtures for 2021 and it’s a tough start for Hunslet RLFC.

Last season the Parksiders started with two relatively easy games against both the Welsh clubs (which they won) and actually sat at the head of the table before the Lockdown kicked in.

9 May 2021 is kick off date, and with the roll out of vaccinations going well and infections seeming to be slowing down, Hunslet will be hoping to get things back underway after more than a year off.

Hunslet’s first fixture is at home to Workington Town, a rival club who have had some success at the South Leeds Stadium in recent years. If the Parksiders are hoping to be contenders this is a must win game.

The club will be hoping sports starved fans will flock to the game boosting the coffers (although the club may have to operate Covid safe measures).

With Hunslet not being in this season’s Challenge Cup and Newcastle Thunder being promoted up to the Championship it only leaves a short season of 18 games, so Hunslet must hit the ground running if they are to challenge for promotion.

After an away game at North Wales another top outfit in Barrow visit South Leeds before the Parksiders visit Keighley in what will be a tough May.

The club recently announced a sponsored ‘Run for Rob’ to the away game at Keighley (Sunday 30 May). Starting at the canal basin, it’s a 19.5 mile trot along the canal towpath to Cougar Park in aid of Leeds Rhino’s Rob Burrow’s battle with Motor Neurone Disease. Participants can run, walk or cycle and all money goes to support MND and SiTRAN (Sheffield Institute for Translational Neuroscience).

June see’s away trips to West Wales and London Scholars whilst both Rochdale Hornets and Doncaster visit the South Leeds Stadium. Back in 2019 Hunslet’s home form was their bugbear in the latter part of the season, so it may be of some comfort that the harder teams are to be faced at home first.

A quiet July see’s the Parksiders visit Coventry and entertain West Wales, but the visit at the end of the month by much vaunted Keighley Cougars sets a hard challenge.

Early away games in August at Doncaster and Barrow will give us some idea of where Hunslet stand, I would suggest if they are in the top 3 at this point then they are looking good. The next three home games against London, Coventry and West Wales would be considered must wins.

Hunslet will be hoping to have secured promotion (by winning the league) or at least be in the play-off spots (2nd-6th) by the time they have to travel to Rochdale Hornets and then Workington Town on the final weekend of the season.

The RFL did announce that if games had to be cancelled due to Covid and could not be arranged a Win Percentage system would be employed rather than the traditional points system.

All eyes are on the Government and RFL now then as Rugby League tries to get back to normality. If you are interested in watching Hunslet RLFC this season please check out the website, most games are 3pm on a Sunday. 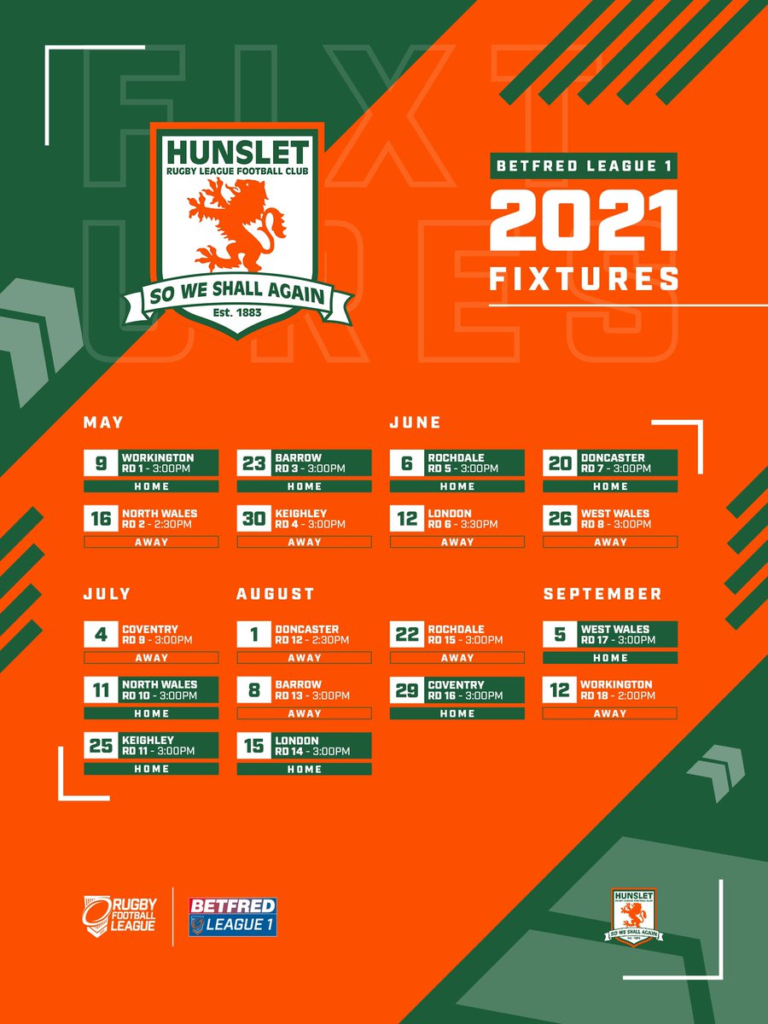 Photo: Jimmy Watson, who has returned to Hunslet after a spell at Bradford Bulls, runs in to score against Workington in May 2019. Photo: Paul Johnson / Phoenix Photography