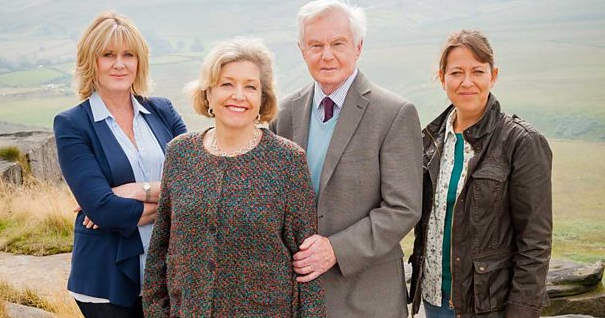 Audiences will get a sneak peek of the next series of Sally Wainwright’s hit drama at The Square Chapel in Halifax on Wednesday 5 February 2020, ahead of its return to the nation’s TV screens.

A number of scenes for this series of the show were shot on location at Cockburn School during the autumn half term, with pupils getting the chance to be in the background as extras.

Award winning writer Sally Wainwright will be joined by Sarah Lancashire (who plays headmistress Caroline) and her on screen step sister Nicola Walker (who plays Gillian).

They will answer questions from the audience after the screening, giving Last Tango in Halifax addicts a chance to find out what’s next for Celia and Alan and their families.

The show started in 2012 and tells the story of rekindled passion between pensioners Alan and Celia.

Made by independent production company Lookout Point,  Last Tango in Halifax has been one of the BBC’s biggest TV successes. Sally Wainwright’s other major TV hits Happy Valley and Gentleman Jack are also based in her beloved Yorkshire.

Tickets for this exclusive screening are available through a random draw. Follow this link to apply for tickets, the deadline is 9am on Monday 27 January: www.bbc.co.uk/showsandtours/shows/last-tango-5feb20.