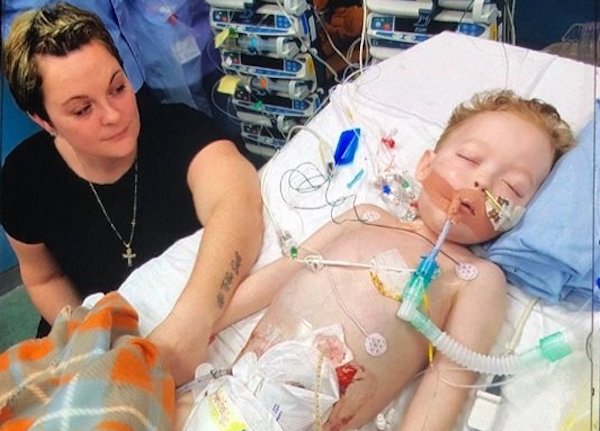 Beeston parents are fundraising for life saving treatment for their 4 year old son having been turned down by the NHS.

Back in December we reported that Patrick Askham from Beeston had received a bowel transplant having been born with a condition called Gastroschisis and part his intestine outside his body.

Unfortunately Patrick’s body rejected the transplant and after a period of severe illness the transplanted bowel was removed, leaving him back at square one.

Patrick’s parents are keen to see him re-listed for what will probably need to be a liver, bowel and stomach transplant. But before Patrick can be placed on the register, he needs a preventative treatment called Cytotoxic T-cell therapy.

This therapy is not available on the NHS and he has been turned down for independent funding via an NHS England panel.

The Askhams aim to raise £20,000 which will pay for four rounds of treatment which will help Patrick massively reduce the complications what nearly cost him his life on his first transplant and has seen positive results in others.

The fund attracted £5,000 in its first four days, prompting Patrick’s mum to comment:

“You do NOT understand how much gratitude we have right now as a family. As the mum and dad of this amazing little boy, the biggest thank you… we’re a quarter of the way there in 4 days!”

To contribute go to Patrick’s Go Fund Me page here.