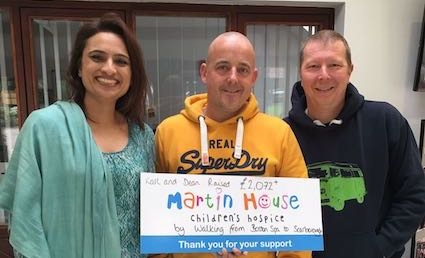 Last Saturday (7 May 2017) Dean Hall and Karl Blackburn from Hunslet visited Martin House children’s hospice to hand over a cheque for £2,075. 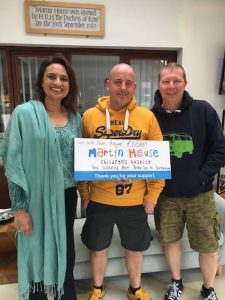 As previously reported on South Leeds Life, the two men completed a massive 60 mile charity walk a month previously. Setting off from the hospice at Boston Spa at 8am on 7 April, they reached Scarborough castle just before 8am the following morning.

“It was the hardest challenge either of us have taken on. As difficult as the walk was, handing over the cheque made it all worthwhile for such a fantastic cause.”

If you would like to donate, their JustGiving page will remain open for the next couple of months. Go to: www.justgiving.com/fundraising/Dean-Hall1