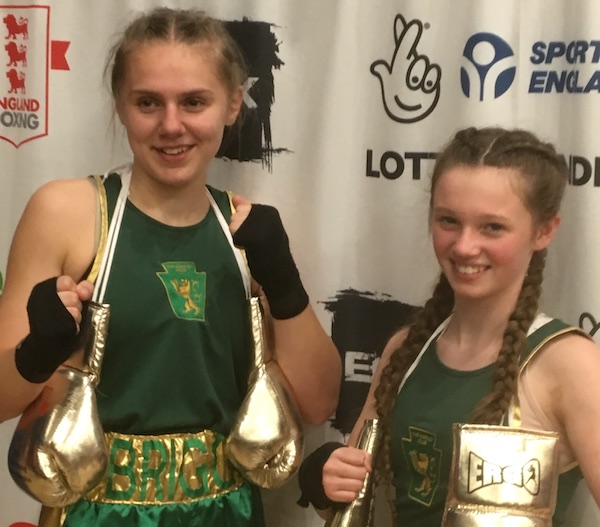 Of the three categories within each age group, the Price brothers are both part of the top-level ‘Excel’ phase, which comes before the Challenge and Discovery phases.

Ivan Hope Price, 19, is one of only two Excel-category boxers in the Team England elite squad.

He won flyweight gold at the 2018 Youth Olympics in Buenos Aires and triumphed at the EUBC European Confederation Youth Boxing Championships.

Younger brother Ellis Price, meanwhile, is one of only five Excel-category boxers in the junior age group for boxers aged 15 and 16.

He also won a bronze medal at last year’s EUBC European Boxing Championships and competed again at this year’s tournament in Romania.

Abby Briggs, 13, is the only boxer from the Schools age group to be selected in the Challenge category.

After attending a selection camp in Sheffield earlier this year, she will represent England at 60kg at the EUBC Schools European Boxing Championships under lead coach Mick Driscoll.

She won silver at the European School Champions in Bulgaria in 2018 at the age of 12, earning her recognition at last year’s White Rose Community Awards.

Lastly, Kayla Holdsworth has also made the Schools age group for fighters aged between 12 and 14 as part of the Discovery category.

The under-42kg boxer won silver at this month’s GB Three Nations Championships in Barnsley, where she lost on points to Welsh fighter Ffion Wilmott in the final.

Main image: Abby Briggs and Kayla Holdsworth with their golden gloves at the National Schools Finals