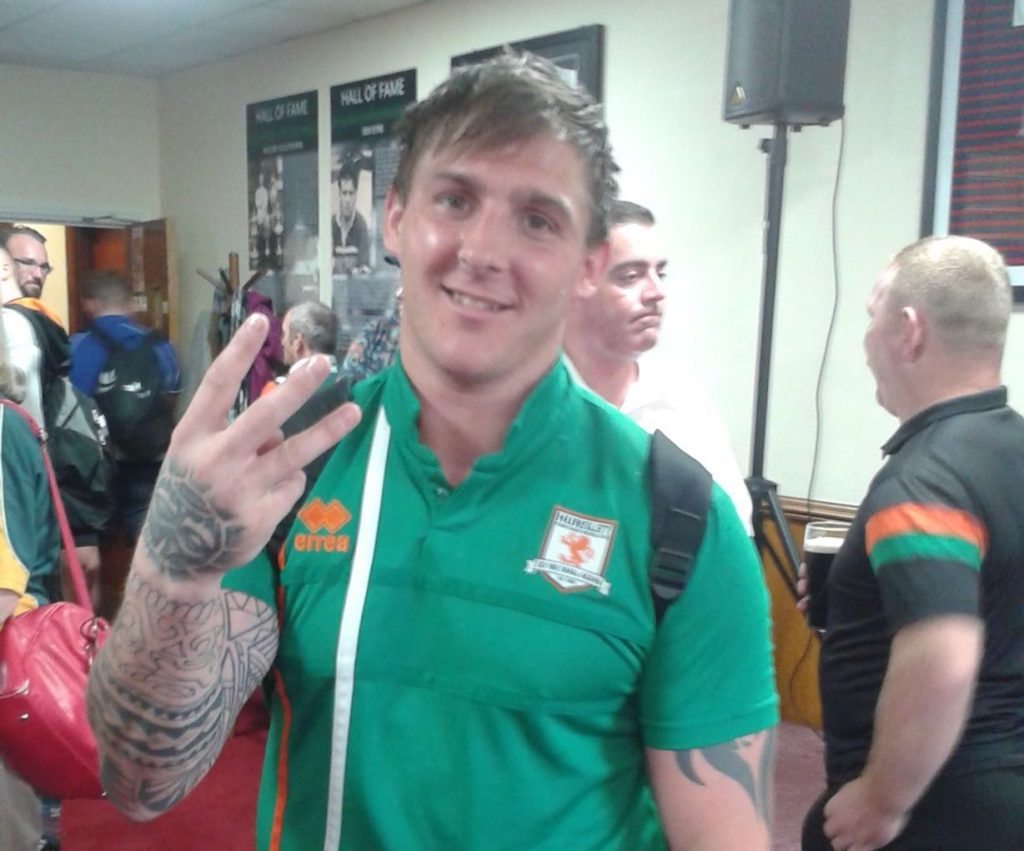 Former Keighley Cougars and 2014 Grand Final Hero Gavin Duffy scored a hat-trick of tries as Hunslet ran out comfortable winners against a gritty and determined Hemel Stags at the South Leeds Stadium this afternoon (12 August 2018). 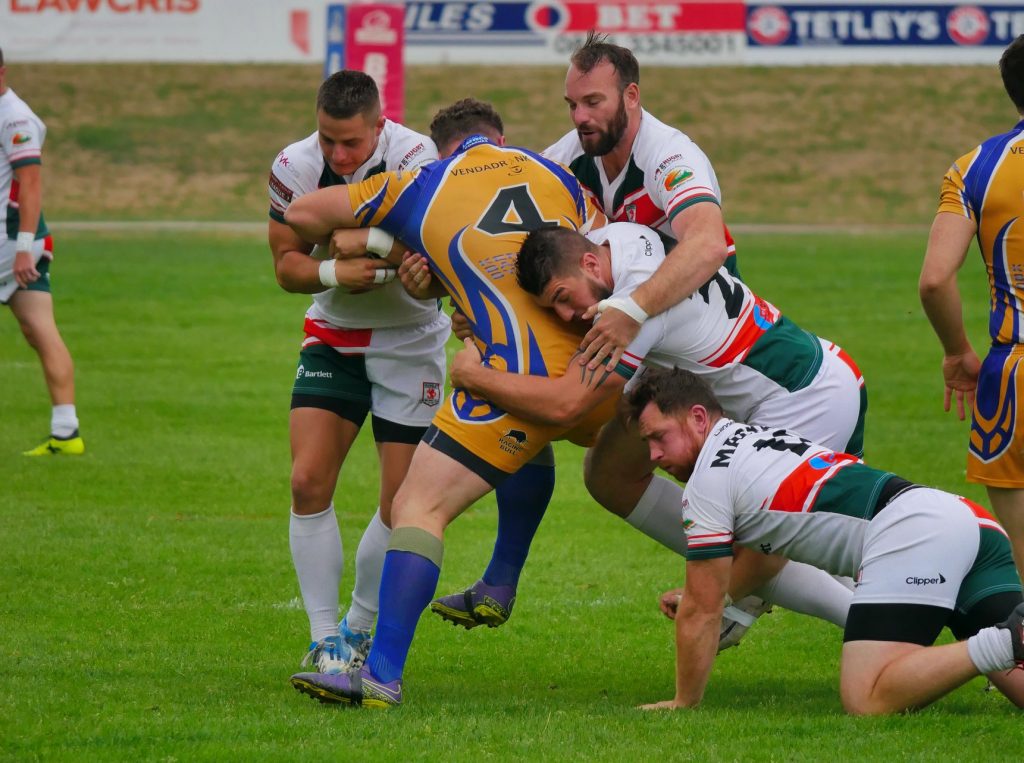 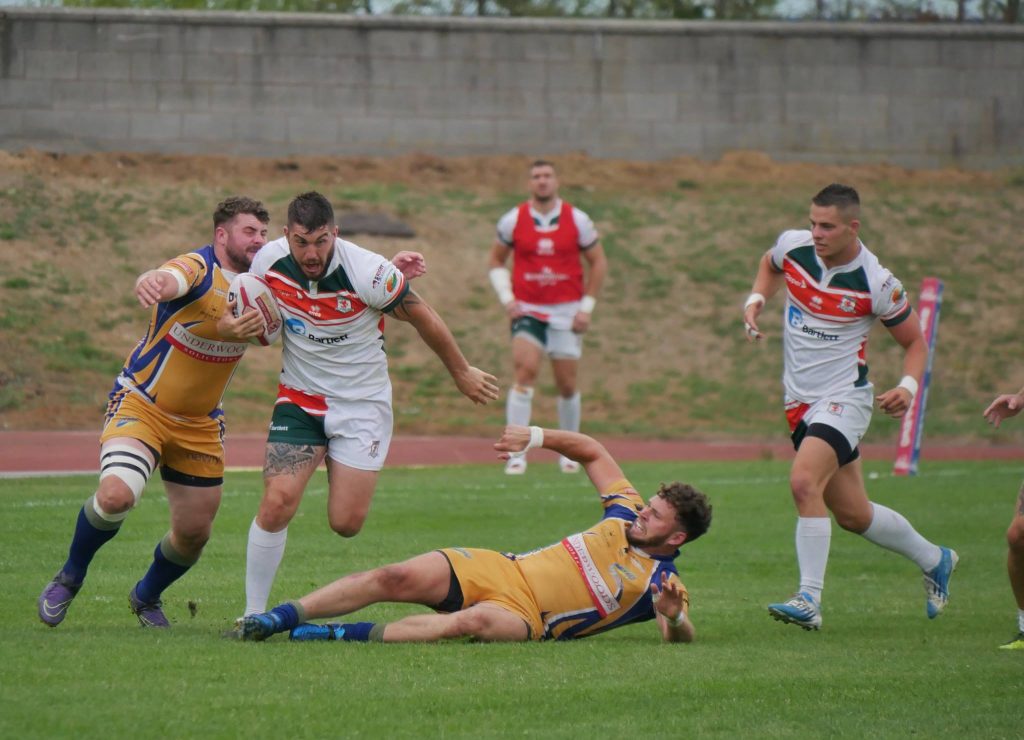 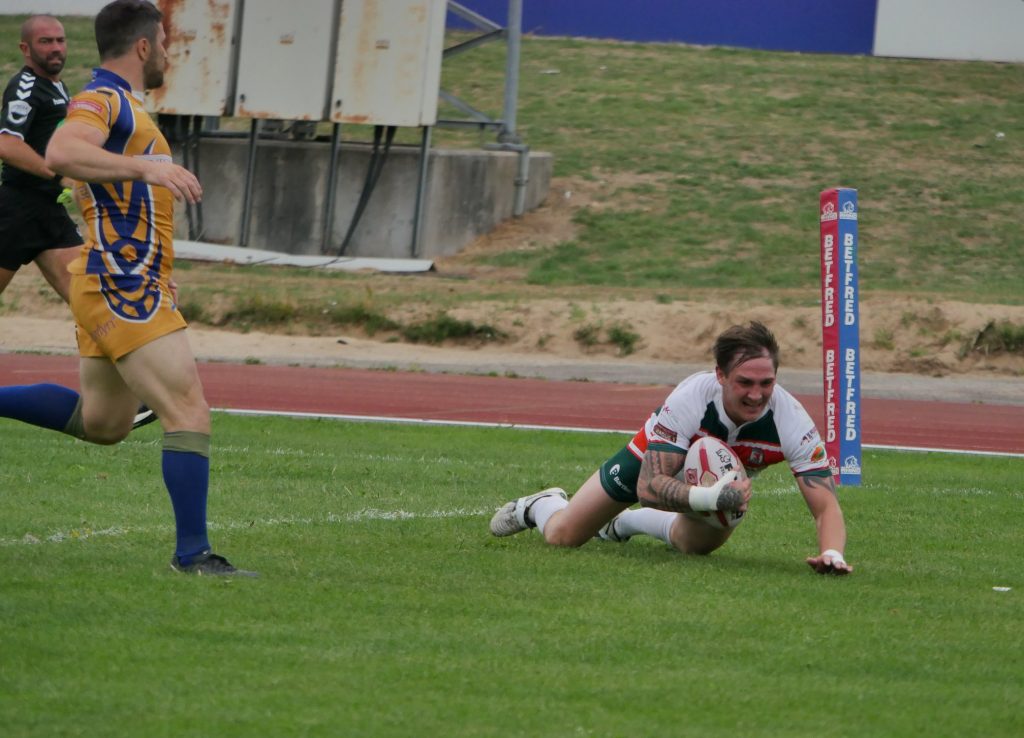 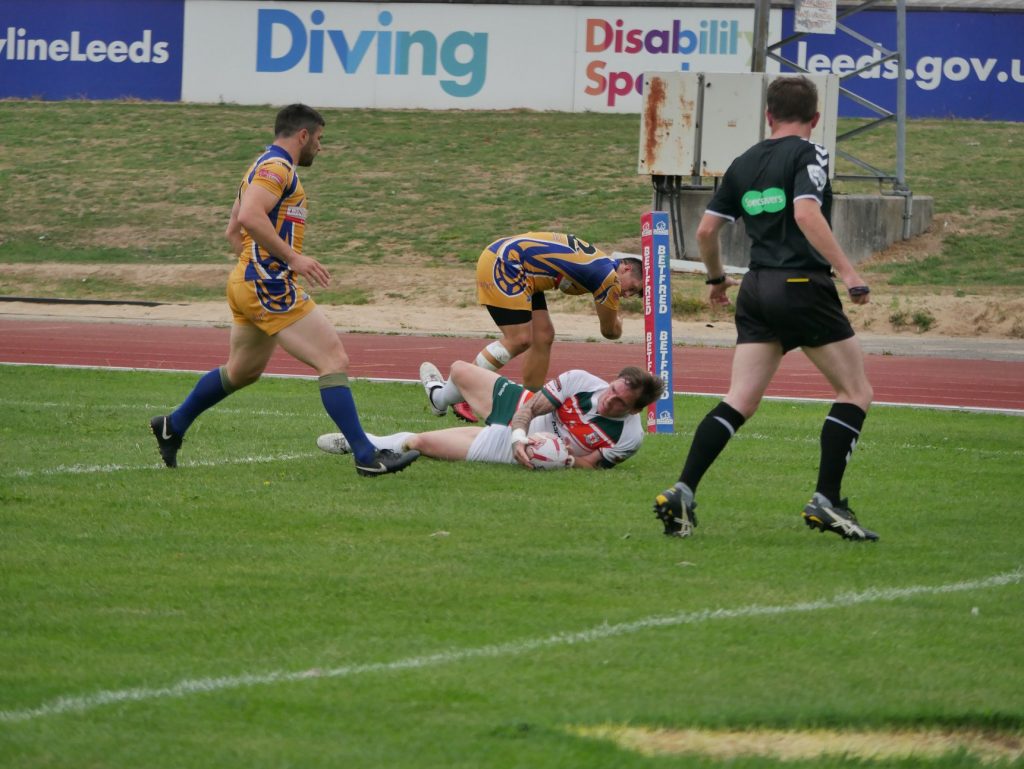 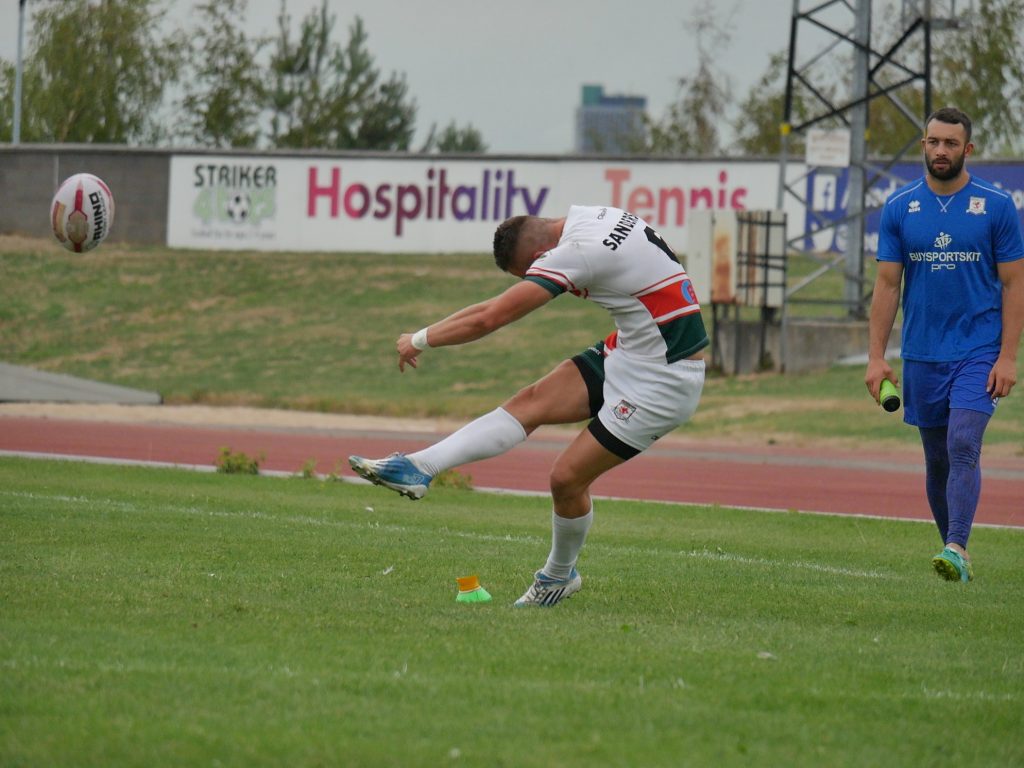 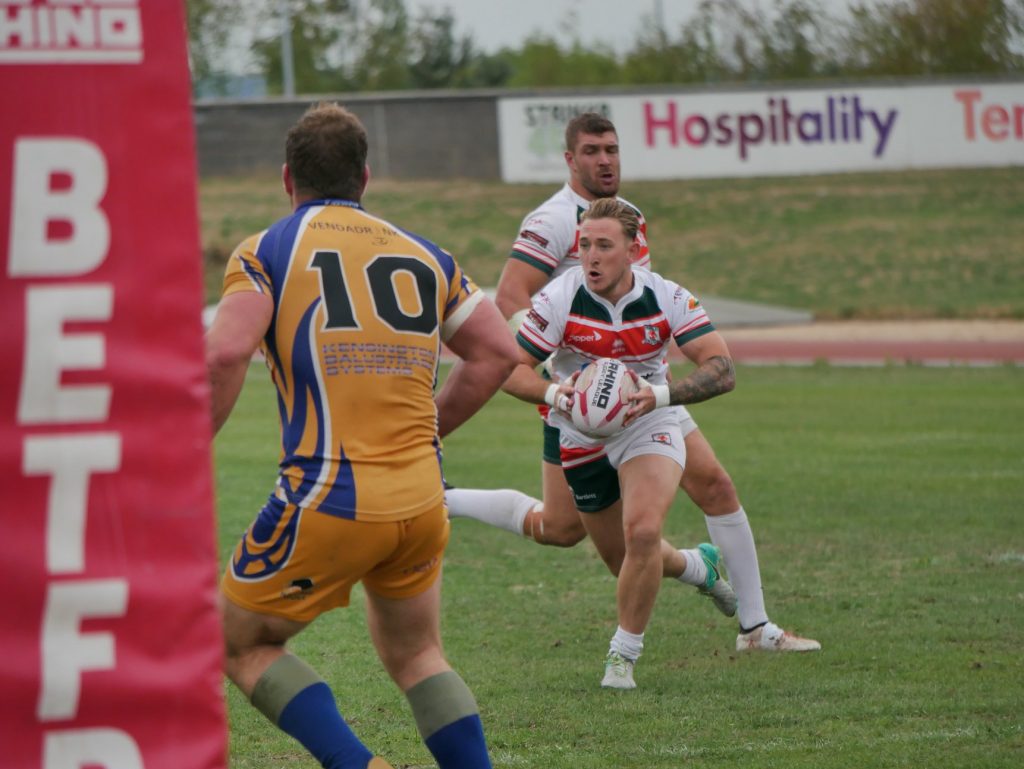 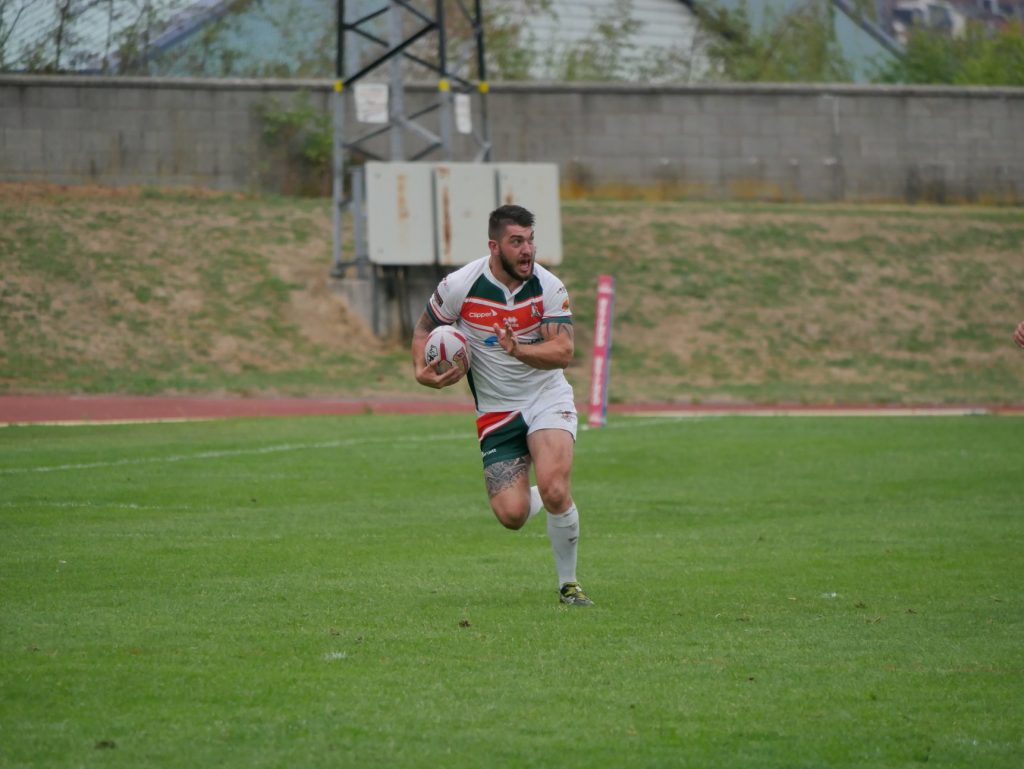 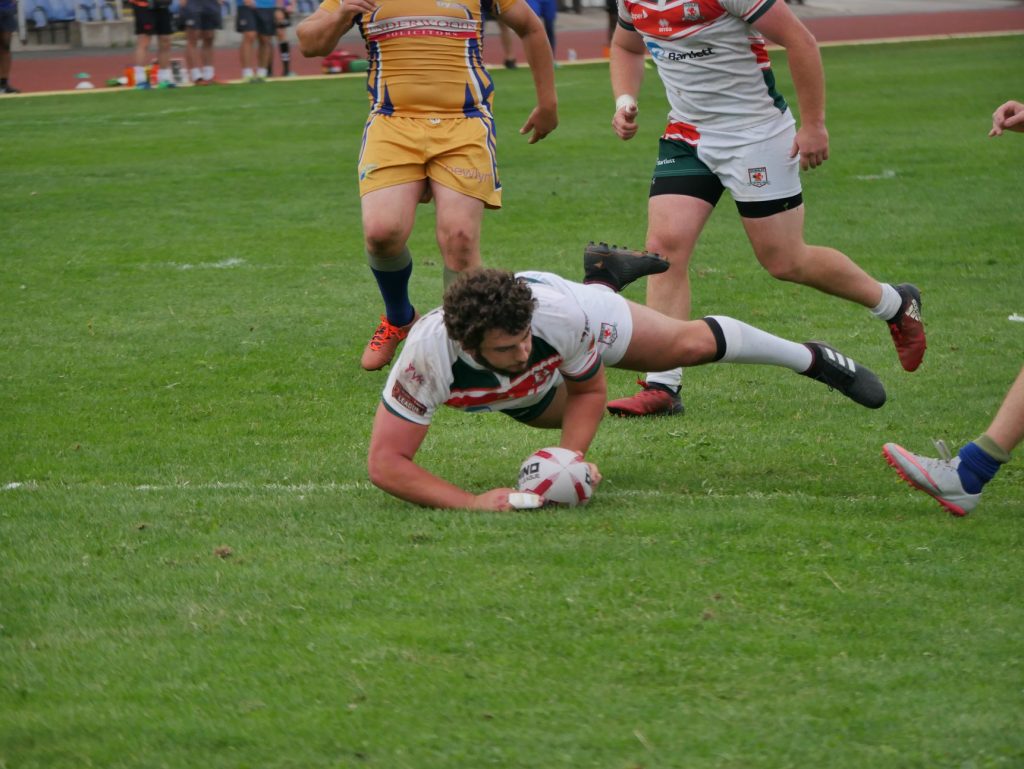 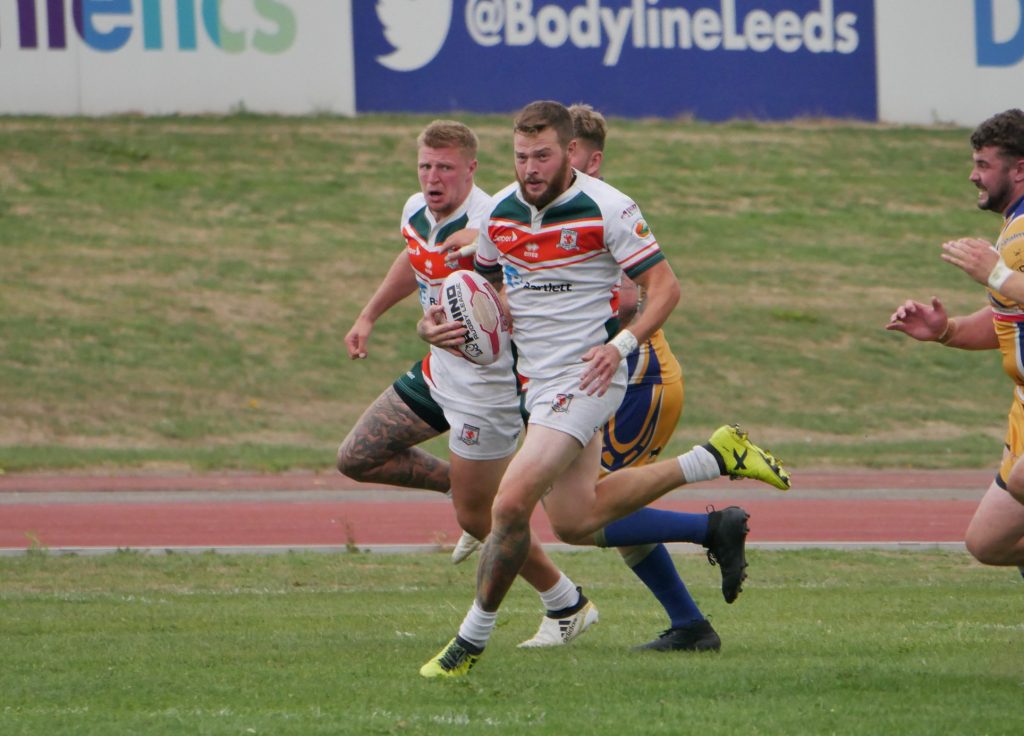 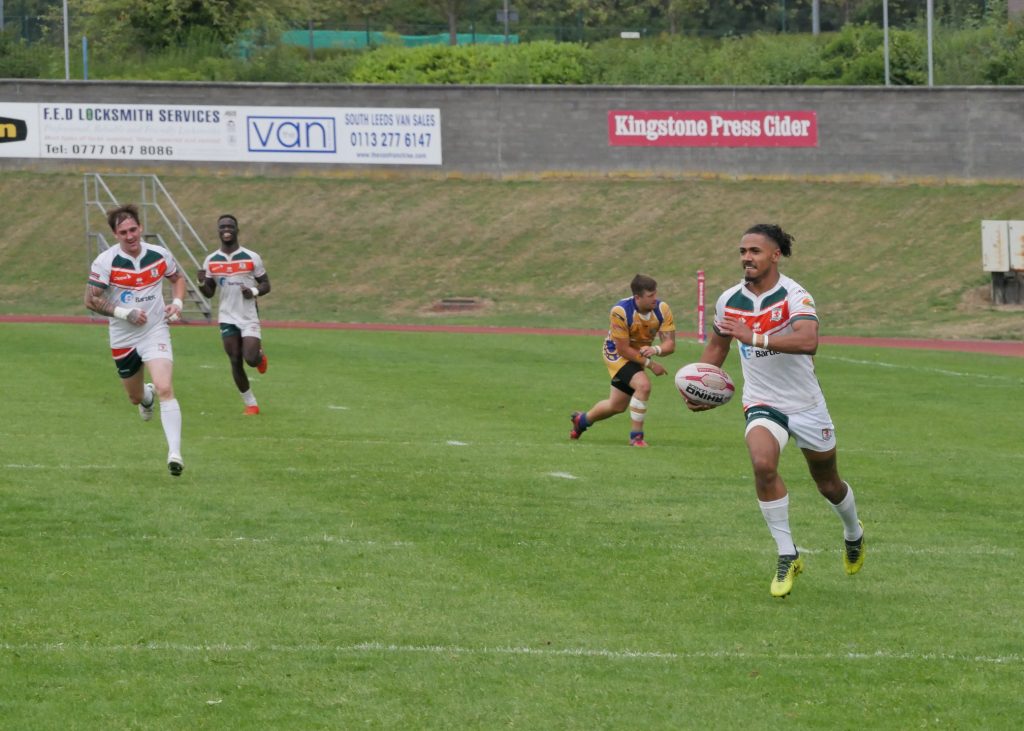 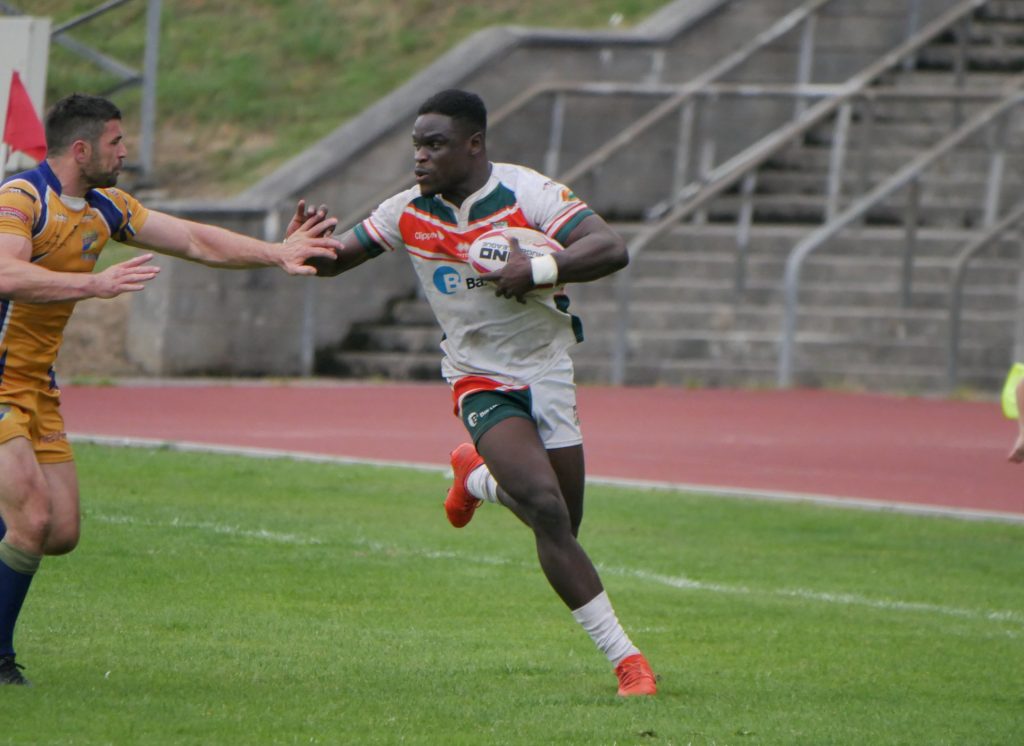 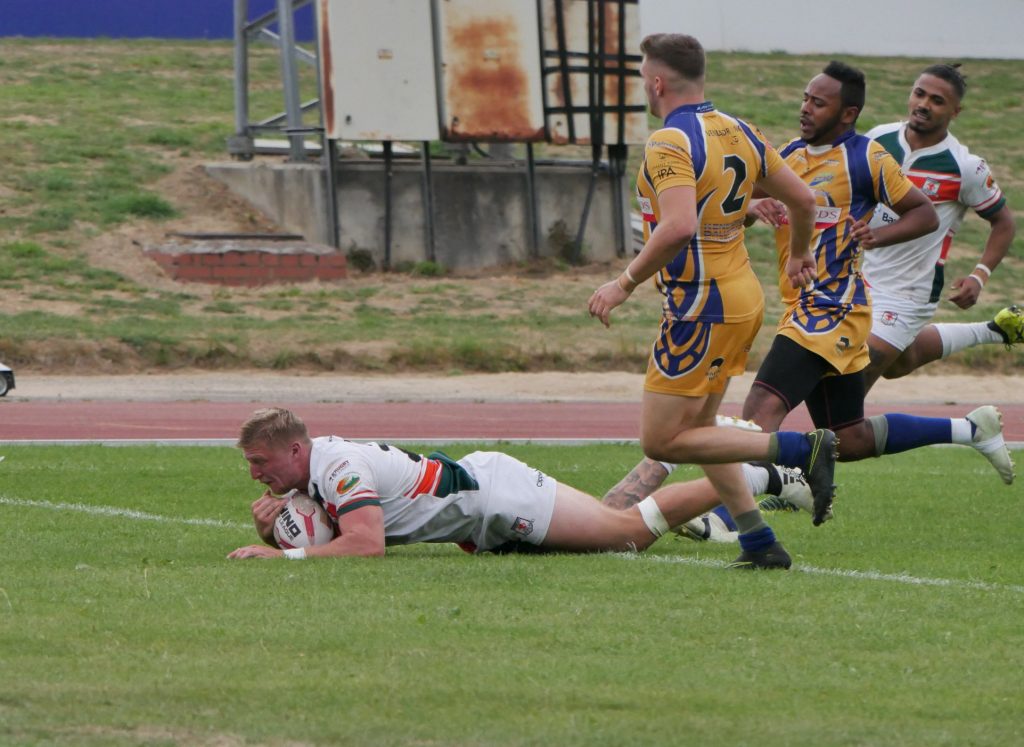 After last weeks massive 86-6 victory at West Wales, Hunslet were hoping to ratchet up the scoring this afternoon in an attempt to improve their points difference.

Hemel had other ideas though, and for the first 20 minutes the game was a stalemate with the visitors giving as good as they got and putting together some impressive moves. Hunslet meanwhile were sloppy and not as clinical as in recent weeks.

Indeed the visitors took the lead on 20 minutes when a penalty was converted for Hunslet holding down in the tackle.

Inevitably though, on 25 minutes the home side started to get on top and after much pressure Matty Nicholson barged over for a try. Uncharacteristically Joe Sanderson missed the conversion, but Hunslet led 4-2.

This triggered Hunslet into action, and moments later Cain Southernwood broke through to put Gavin Duffy in at the left corner. The try was converted making it 10-2.

Good passing to the left put Duffy in again on 35 minutes and moments later Joe Sanderson broke through the Hemel ranks to feed Duane Stragheir who is unstoppable from 10 yards out. 20-2.

The stuffing was knocked out of Hemel though on the hooter when Hunslet threw a wildcard, Sanderson in his own 25 chipped to the right for Foggin-Johnston to collect. An attack down the right flank including Stragheir sent Jack Walton in for a delightful try, Sanderson converting making it Hunslet 26-2 Hemel at the break.

Hunslet started the second half as they finished the first. Gavin Duffy secured his hat-trick after some great passing to the left, but it took a deft side-step to get over the line for a well deserved try. 30-2.

Hemel finally had some reward for their hard work when they nicked a try in the left corner (unconverted), but on 60 minutes the home side scored more points when Jack Walton was too strong for the Hemel defence: 36-6.

Hemel were now tiring and on 70 minutes Jimmy Watson found space and slipped the ball to Liam Mackay who had an easy trot under the sticks to make Sanderson’s conversion much easier. 42-6.

Almost from the kick off David Foggin-Johnston showed his pace and left Hemel defenders for dead as he romped 70 yards for a great solo try. Sanderson converted 48-6.

All that was left now was for the home side to reach the half century, and that they did in the last minute when Stragheir fed a beautiful pass to Will Cooke, Sanderson converting to make the final score Hunslet RLFC 54-6 Hemel Stags.

The only blight on the day was hat-trick Man of the Match Gavin Duffy leaving the field with ankle ligament problems. Duane Stragheir, Josh Tonks and Ryan Wright all had impressive games and with two good wins behind them now Hunslet go into next weeks tough clash at York with a winning mentality.