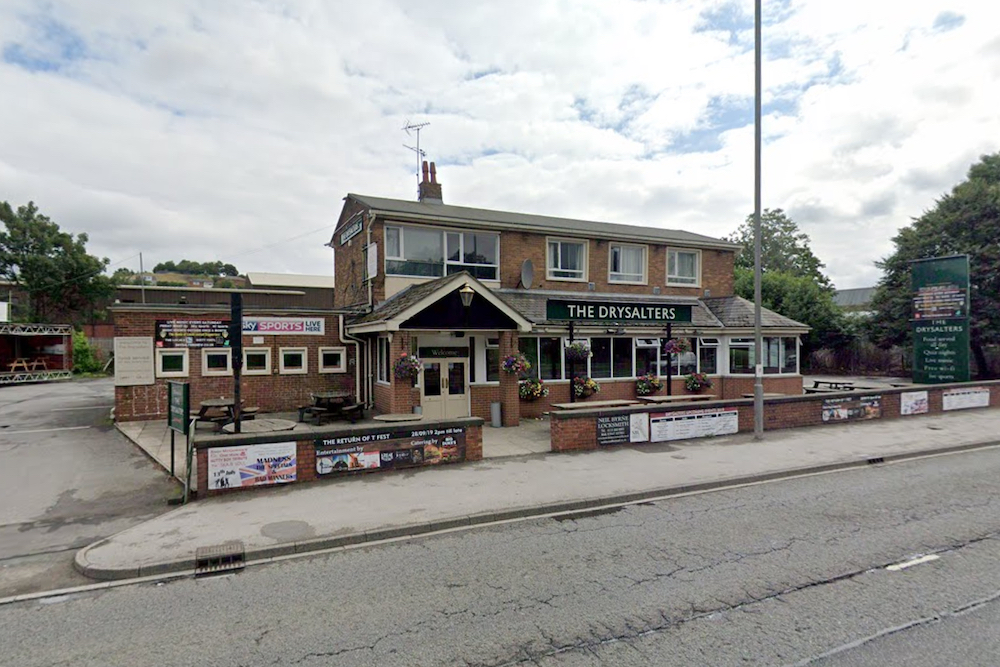 The Beeston and live music communities have condemned The Drysalters pub after it allowed a concert featuring a neo Nazi band, Combat BC, to go ahead on Saturday (23 July 2022).

The event had been booked as a private party some months ago and the pub claim they had no idea that the gig would promote racist ideas and have since issued an apology.

However, local residents say they alerted the pub during the day that at least one of the bands supported neo Nazi ideas, but were met with a lack of interest and even derision. The pub received so many calls that they switched the phone to voicemail.

On Saturday evening the pub posted a message on Facebook that was later deleted saying:

“… the Police have been and nothing untoward has been mentioned.”

That position changed to an apology after music promoter Punk At The Drysalters changed its name, to Punk Not At the Drysalters, and moved all its future gigs to a different venue, the Fox & Newt.

Another music company, You Bring The Band (YBTB), also pulled out with owner Chris Burl saying:

“Over the last year, I have worked with The Drysalters to set their venue up as a professional gig setting, including new stage setup, lighting and equipment. I’ve also run sound and lights for many successful events, particularly those promoted by Punk NOT at the Salters.

“Regrettably, last night The Drysalters had a private booking involving several extreme right bands, with a history and following of pro neo nazi views both in and outside of their music.

“Please be assured that You Bring The Band had no knowledge of, or involvement in last night’s gig, and that I have immediately terminated any involvement with The Drysalters.

“Regardless of the financial impact this will have, YBTB is a business setup to promote healthy, inclusive access to music. I work with many schools, youth and community organisations and will always call out fascism in all its forms.”

It was this point that The Drysalters issued the following apology:

“I will start with a sincere apology to all. We didn’t start this with the intention of upsetting anyone. We had a call early in the year asking to book the pub, we were told they were skinheads. When they arrived yesterday we were still none the wiser. It wasn’t until the gig was underway and people were ringing and telling us what they were about. We were naive about the bands i had never heard of them.. but i had never heard of the other bands we have had either. We as people are not racist in anyway. So i can say we are very sorry for the upset that it has caused . It will never happen again . There isnot much else i can say apart from how really sorry we are”

Leeds Stand Up To Racism commented in a statement:

“We want our communities to know that pubs in their area will not be used to promote Nazi logos and ideas or allow supporters to feel that they are welcome in our areas. Leeds is a multi-cultural city with people living alongside each other peacefully. Music brings people together and should not be used to divide communities.

“The pub needs to send a much stronger message that they oppose racism and fascism than the apology they have made. They must say categorically that they will not allow racist or fascist bands to play there and that they oppose these ideas.”

“We were shocked and disappointed to find out on Saturday that such an event was taking place at the Drysalters pub, a pub that we’ve all supported through hard times and strongly objected to the planning application of a proposed drive through coffee shop in favour of this pub.

“As your local representatives, we stand against all forms racism, fascism, hatred or division.

“Hatred, racism and division have no place in our community and residents of Beeston and Cottingley in particular and Leeds in general do not welcome such people who promote it.

“We are glad that the pub management have apologised about it now, however, they should have been more diligent in checking before taking bookings.

“We’ll be meeting the pub management soon to express the community’s concerns and also listen to their views as this has affected their credibility as a local business.”