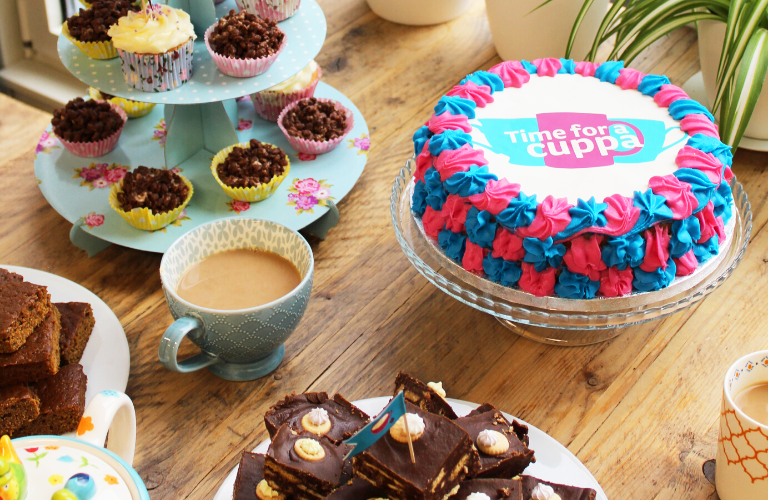 I went along to BITMO’s GATE on Tuesday 3 March 2020 for our annual Time For A Cuppa dementia event.

The money raised at this event goes to Admiral Nurses, who look after people with Dementia. Who knows, one day I may need them. The event is held nationally every year the first week of March.

I arrived early to set the tables up with Darren and Harry for the various local groups who were going to join us on this day. First to arrive was Trinity Network, and they quickly put up their banner on a table.

Belle Isle Senior Action, came along and also had a table set out for them.

One of the most popular tables was Julies Ancestry Group, the group meets at the centre every Monday from 10am, with a break for lunch and continues on into the afternoon. I noted Julie had some photos of our ancestors from way back when.

Julie and her family won the Hunslet Rugby Family Ticket, worth around £50 in the raffle. Well done Julie.

Michael came along from Middleton Elderly Aid, to give advice from her table about the centre in Middleton.

We had a visit from two local PCSOs from West Yorkshire Police, giving advice on keeping ourselves safe, and to answer any questions people had.

Later officers from West Yorkshire Fire & Rescue Service came along to give advice on fire safety, and give away free smoke alarms. The Fire Service will come along to your home to fit smoke alarms where needed.

“At the Time For A Cuppa event, we were joined by Danny Gough and at least 20 Children from the local Windmill Primary School. ​They go by the name of Class Dynamix which is led by Danny.

“Danny wrote all the songs that were performed that afternoon.  The songs talk about resilience and anti bullying.

“Everyone thought what beautiful singers ​they were.

“The children went back to school with some goodies and fruit.”

I want to thank Julie Holmes for organising this for us.

The top prize was Afternoon Tea with the Lord Mayor of Leeds and a tour around the Civic Hall for four people.

There was also a Family ticket to watch a Hunslet RLFC rugby league match at South Leeds Stadium.

There where many more raffle prizes won, and I think the one which caused the most fun was the Singing Dog.

We did a count up at the end of the afternoon and in total we raised £170 for Dementia UK and their Admiral Nurses service. Thank you very much to everyone who came along on the day to raise all that money.

I keep saying this, but I’m getting more forgetful each year because, as many of you know, I have dementia, but this may have been the last event I’m able to organise along with Carla and Darren.

Thank you to all the volunteers and staff on the day, we could not have held this event without you.

Big Thank you to Carla, Julie, Darren and Harry.