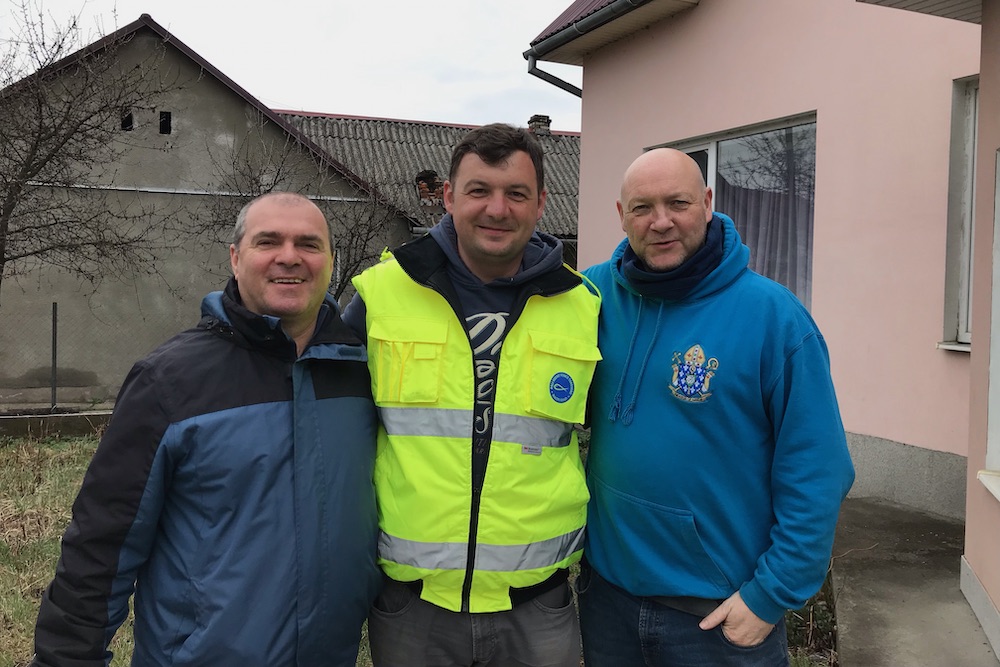 We spoke to South Leeds resident Phil Marshall who was just back from the Ukrainian-Romanian border.

Phil is Catholic and is involved with lots of charities and churches in Leeds. One of these is SVP (St Vincent de Paul Society) which is a worldwide church organisation and they have groups in Romania, Poland and Ukraine.

When the war in Ukraine started, he “wanted to do something” and to do something more than just give money. He got in touch with the leadership of the SVP in the United Kingdom and he was linked with a group in Oradea, in north western Romania.

They have been going into Ukraine every weekend since the war begun to offer support to a small town of 10,000 people whose population has swelled with internal refugees fleeing from the war in the east of Ukraine.

They have been taking donations over the border and for a week Phil helped them. Phil hadn’t expected to cross the border into Ukraine itself and when he did, he saw the signs of the war such as lots of soldiers on the border rather than border guards and described how surreal it was to be in a war zone and to see the soldiers and military mobilisation in the countryside and towns he went to.

Phil had a week of annual leave already booked and postponed the holiday plans he was making, feeling that he couldn’t spend a week on a beach with the backdrop of the ongoing crisis in Ukraine and used the time to fly to Romania in early April.

Phil has lived in Holbeck for 13 years and works in support roles with adults with Learning Disabilities in Leeds and for a housing charity in Bradford. His voluntary work is motivated by his Christian faith and “looking after your neighbour”.
He gets real satisfaction and inspiration from helping people and seeing “smiles and happy faces.”

As for the refugee crisis that the war in Ukraine has caused Phil reflects that we have got to “open our houses and ourselves to help people …and to increase our resources … and try and integrate people into society”.

On the back of his trip £40,000 has been raised. Phil is still in touch with the people he met and looking forward he would like to co-ordinate people in Leeds to support the solidarity being offered in Romania.