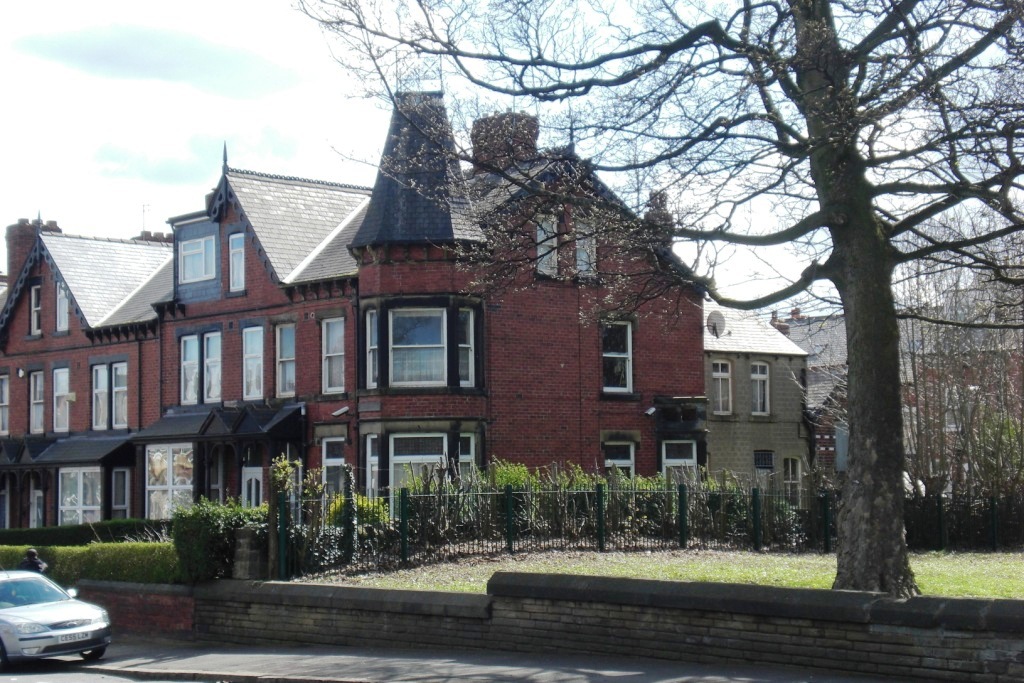 A big ‘thank you’ to Ken Burton for his artle about Cranbrook House, 219 Beeston Road last month. I was immediately reminded of my parents’ life before I was born.

I have a box stuffed with old photgraphs. It’s marked ‘Cranbrook Terrace / 217 Beeston Road / Leeds’ – Mam and Dad lived there for a short time around 1931.

My Dad was born in the Cumbrian village of Lazonby in the Eden Valley. His father, a quarryman on the fells, died in 1907 of a dust-related illness.Dad was 9, his sister 6 and his brother 3. His Mum had to take in washing, clean the church, etc to survive.

In December 1915, on his 18th birthday my Dad started working for the Midland Railway in Carlisle. Soon he was transferred to Leeds to the sheds at Nineveh Road. He lived in digs in Willoughby Avenue near Domestic Street.

When he married Mam in 1921 they had to live near enough the sheds for a ‘knocker-up’ to tap on their window during the night to make sure that railwaymen were ready to go to work. To start with they lived ‘in rooms’ on South Mount Street (imagine the steep street alongside the health centre), then in ‘over the shop’ accommodation on Beeston Road, just down from Tempest Road.

In about 1930 my maternal grandfather died at home in Shadwell. His widow wanted to live with my parents. A house had to be found, then, within the area permitted by the now renamed London, Midland & Scottish Railway (LMS). So they bought No 217.

Mam and Dad often spoke about their time at 217. For example, Dad had restored the bell system by which the residents called (pre-1914) their maid when they wanted her services.

My grandmother didn’t like 217 after all and soon went off with my cousin to 5 Cross Flatts Drive.

Then, at last, the LMS allowed its engine drivers and firemen to live beyond Cross Flatts Park and by May 1933, my parents, like many others had moved further afield.

They also told me about the folks at No 219. They were called Verity and were the owners of ‘Verity & Son’ regarded as one of the best fireplace makers in the city and were based at the very bottom of Briggate, opposite the Golden Lion (now Cosmopolitan) Hotel.

One Reply to “Cranbrook House remembered”