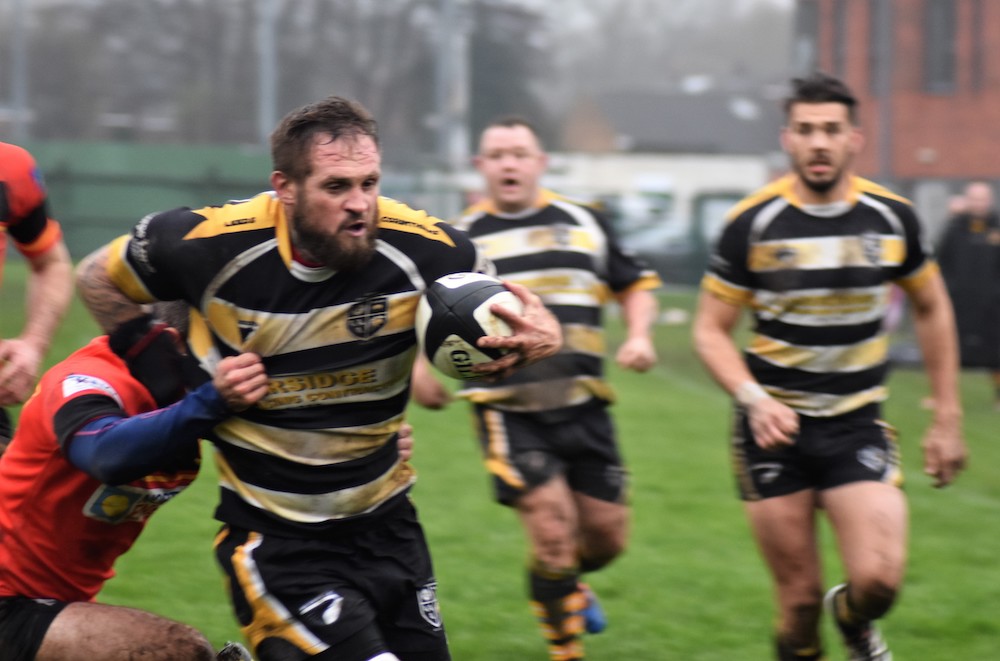 Leeds Corinthians RUFC travelled to Harrogate Pythons this week (23 November 2019) and after a good win at home the previous week they really wanted to keep up the pressure on the other teams at the top.

Harrogate Is a tough place to go especially in the bad weather. Things were not made easy for Leeds after losing four key players for various reasons all within 24 hours of kick off. This would be a real test of the squad. On a positive note Leeds welcomed back fly half Tom Burnell for his first appearance of the season after a long term injury.

Leeds started very physical in defence putting some big tackles in, but with Harrogate having a lot of the early possession Leeds gave away two early penalties allowing Harrogate into a 6 point lead within 10mins. Leeds kept up with the physical challenges hoping to disturb Harrogate play, eventually forcing mistakes for Leeds.

Leeds first opportunity came when Tom Burnell put in a high kick to test the Harrogate full back. With a good chase from Leeds the full back misjudged the flight allowing Will Craven to kick through and chase onto his own kick to score. With Gareth Moore adding the extras the score on the 20 minute mark was 6-7. Leeds were now finding their feet and with good hands down the line Neil Orr found Chris Chapman with a great pass. Chris Chapman turned on the afterburners to score out wide. The conversion missed, leaving the score 6-12.

Leeds, still on top, forced a penalty which Gareth Moore knocked over: 6-15. Leeds let Harrogate back into the game with some poor clearance kicks and Harrogate finally broke through to score before half time. The game was finely balanced 11-15 at the break.

Leeds knew they had to come out stronger in the second half to try and kill the game. They got an early invitation of 3 points from a penalty and Tom Burnell took them, 11-18.  The second half was turning into a very even affair with both teams finding the wet ball hard to handle at times. Harrogate was the next to add points with 15 minutes remaining taking 3 points from a penalty, leaving the game poised at 14-18.

This didn’t phase Leeds who always looked dangerous with the ball in hand. With 8 minutes left on the clock and deep in Harrogate’s half Adam Avison charging down a kick from the Harrogate 10, running through to score and win the game for Leeds. Tom Burnell added the extras to make it 14-25. Leeds saw out the game in a controlled and manner and took what were a valuable 4 points.

Full credit to the team, losing big names before the game didn’t phase them and thank you to Nick Koosellin, Matty Reid and Arron Wickham for stepping in a short notice. Thank you to the large travelling support as always.

Man of the match: Tom Burnell.

Next up Knottingly at home in the Junior Vase Cup on Saturday 30 November. It’s going to be a cracker. Please get up and support the boys. Kick off 2.15pm at Middleton.