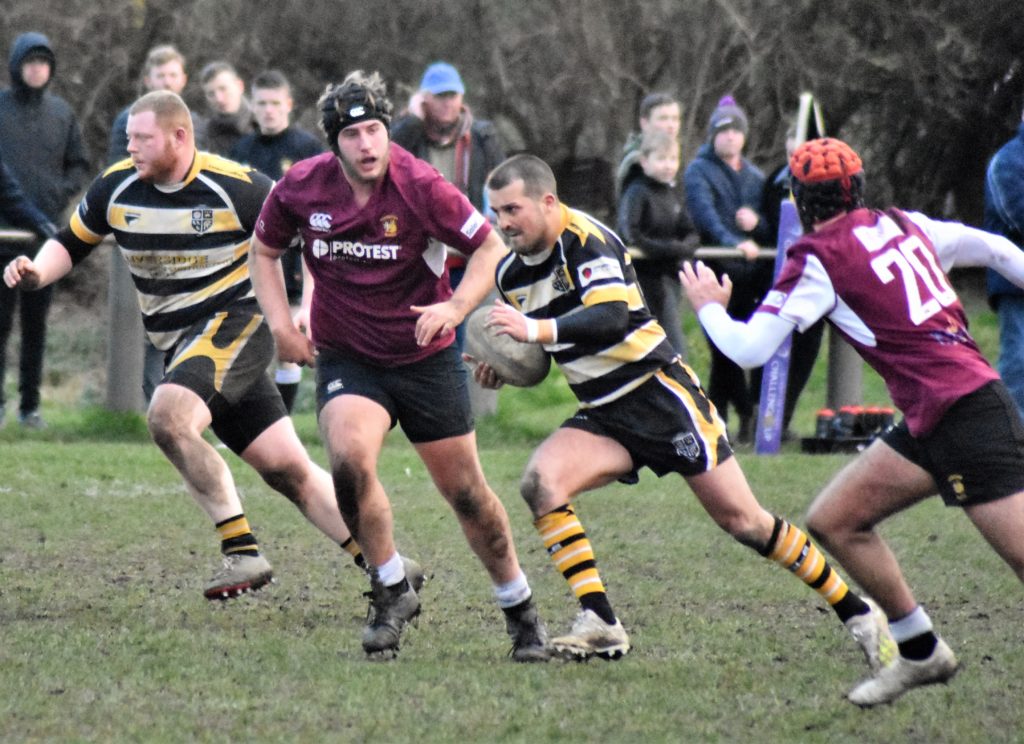 Leeds Corinthians RUFC travelled to Durham on Saturday to face Houghton in their final group game of the National Junior Vase competition. A victory would put them into the quarter finals with potentially two games remaining before a possibility of playing at Twickenham Stadium.

It is several years since Leeds Corinthians faced a team from this league and the early start and long journey were uncharted territory for most of the squad. They needn’t have worried though as they strolled to a comfortable 29-17 victory.

From the kick off Corinthians turned over possession and allowed Houghton to kick an early penalty for a 3-0 lead. Corinthians soon got into their stride however and a well worked backs move saw full back Gareth Moore cross for a try which he converted before adding a penalty goal.

A very similar backs move saw wing Ellis Robinson cross for the second try and with only 25 minutes played Robinson side-stepped over for his second and the team’s third. Moore converted both to give Corinthians a 24-3 lead.

Houghton came into the game slightly and were awarded a penalty try on the stroke of half time when Corinthians were adjudged to have collapsed a maul making the score 24-10.

Corinthians were quick off the mark in the second half, a mistake by Houghton gave skipper Chris Brown the opportunity to score the fourth try, the conversion failed but Corinthians had a comfortable 29-10 lead. The next 30 minutes were very scrappy with both teams failing to take any advantage. Houghton made numerous mistakes and Corinthians were guilty of over complicating things and trying to score off every play.

With 7 minutes remaining Houghton crossed for the final score of the game as their player was allowed to crawl 5 yards after the tackle to touch down. The result however was never in doubt and Corinthians finished the game comfortable winners.
They now await the result from the North West section to find out who they face in the quarter final.

Next week Corinthians return to league action in a top of the table clash against Knottingley at Middleton, kick off: 2:15pm.

Please feel free to come and support our players and we look forward to seeing you there.