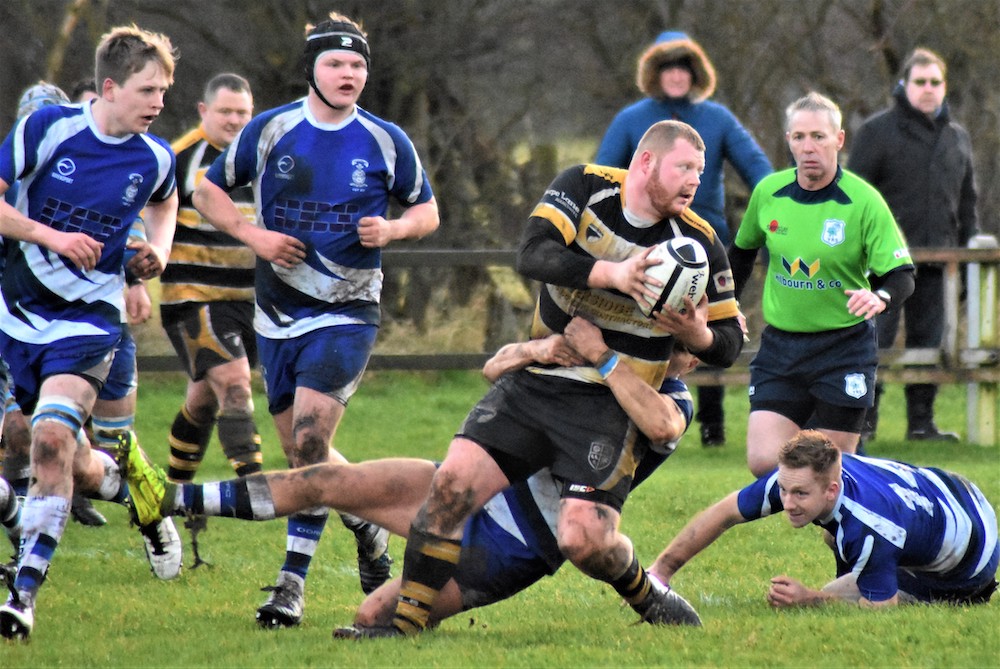 Leeds Corinthians travelled to Old Otliensians on Saturday (14 December 2019) and produced a performance below the standards they have set recently and slipped to only their second defeat of the season.

The game began in horrendous conditions with driving winds, rain and at times sleet, the home side won the toss and chose to play with the elements at their backs. This meant that they were able to use a kicking game to good effect. They soon converted a long range penalty before adding a converted try.

Corinthians then enjoyed a good period of play which resulted in an unconverted try for wing Ellis Robinson after good work by full back Gareth Moore. Otliensians continued to kick the ball long and added a second penalty before being awarded a fortuitous try when a Corinthians player claimed to have touched the ball down dead first. Corinthians would have been happy to go in at the break 5-20 down due to the elements, but Otliensians had other ideas and produced their best move of the half to add a third try and go in 5-25 ahead.

Corinthians began the second half well but almost seemed rushed to claw back the deficit. Eventually they did break through to score. Again good work by Moore made the space for centre Ryan Croft to cross for a try.

The weather conditions became remarkably better to assist the home side and they were given a further boost when Corinthians replacement scrum half Tom Burnell was wrongly adjudged to have infringed and was sent to the sin bin. On his return Corinthians continued to attack and lock Max Patten drove over for a try from close range.

With just minutes left Corinthians needed a further try for 2 bonus points, but a dropped pass proved it wasn’t to be their day and Otliensians regathered and broke away to score the match clinching try and seal a deserved 32-15 victory.

Man of the match for Leeds for the second week running was no 8 Ben Walker. Other results and postponements mean Corinthians stay top of Yorkshire 3 and will look to maintain this next week when they entertain Castleford at home on Saturday 21 December, kick off 2:15pm.