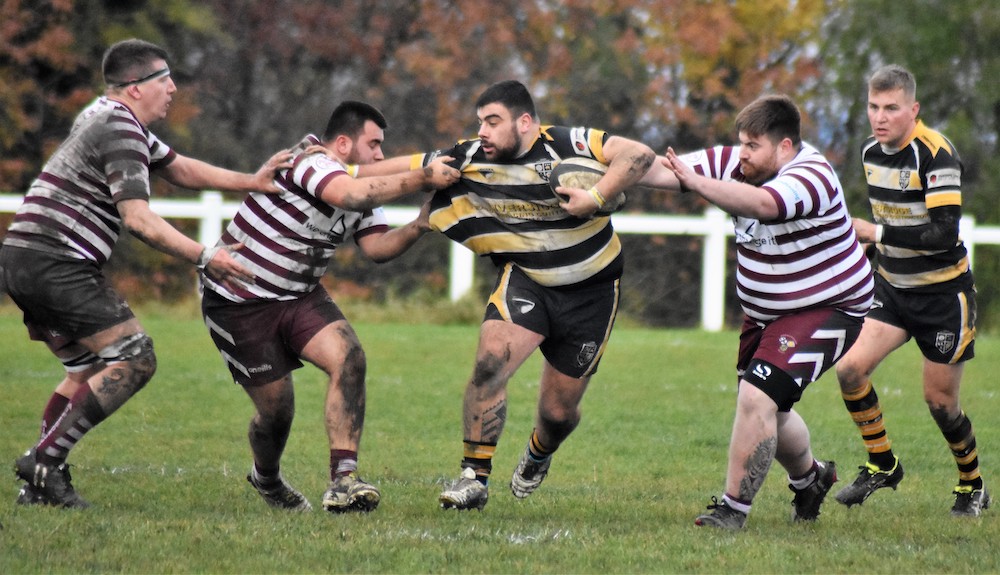 Leeds Corinthians RUFC hosted Aireborough this week (16 November 2019) hoping to bounce straight back from their first defeat of the season last weekend.

A nervous start by Corinthians coupled with early possession by Aireborough saw them take an early lead. The conversion went wide from in front of the posts. Corinthians however came straight back and always looked likely scorers, good handling by the backs saw wing Michael Tuke cross for the first try before forward pressure took over. This resulted in two tries from No 8 Ben Walker. He was bizarrely denied a third when the referee initially gave a try when the ball was grounded over the 5m line before realising his error. A conversion from Gareth Moore gave Corinthians a 17-5 half time lead.

Corinthians turned round looking for an early score to wrap up the bonus point and didn’t have to wait long. Again, good interplay by the backs saw centre Danny Lawton cross for a try. In the last 20 minutes Corinthians grew in confidence and as Aireborough tired it was just a case of how many they would score.

Scrum half Adam Avison crossed from close range before wing Ellis Robinson raced in for two tries and was denied a hat trick when he was harshly adjudged to be offside. Danny Lawton then rounded things off with his second try of the day. Neil Orr added 4 conversations to complete the day’s scoring and give Corinthians a resounding 50-5 victory. Next week Corinthians travel to Harrogate in what promises to be a tough encounter. Kick off 2.15.