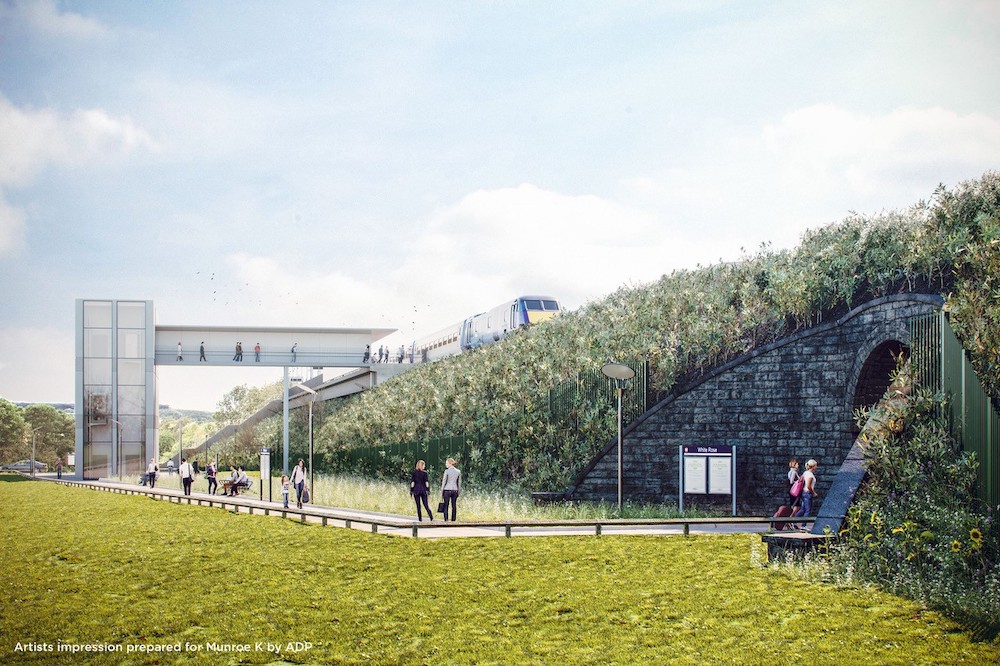 The rail station between Morley and Cotttingley on the Transpennine route will make it easier to walk, cycle and use public transport, connecting more people with job, training, education and leisure opportunities.

The announcement – made during MIPIM, the international property investment and economic development expo – is just one example of the region’s commitment to transport investment that supports economic growth.

Alongside a fully accessible station with cycle storage next to the White Rose Office Park, the scheme also includes better walking and cycling routes between Cottingley, Churwell and Millshaw, as well as the White Rose Shopping Centre and the bus interchange.

“Growing our economy is a key priority, but we are very clear that growth need to benefit everyone in our region.

“To achieve this, we need a reliable and efficient transport system, which is why I am pleased to see work start on our new, fully accessible rail station at White Rose.

“In my manifesto, I committed to improving public transport, connecting more people with opportunities and helping tackle the climate emergency on our way to becoming a net zero carbon economy by 2038.  The White Rose Rail Station will help us do all of these things.”

“White Rose Rail Station will bring new opportunities for local communities, improving transport links and acting as a catalyst for regeneration, including housing and jobs.

“It is more important than ever that we continue to invest in a modern, accessible transport network, which supports economic growth by connecting more people with jobs, training and education.”

“It is fantastic news that we’re starting to build the new White Rose Railway Station in Leeds. It will enable better connections, making it easier for people to access jobs, education, training and leisure while supporting travel in the local area. It will also underline the council’s commitment to tackling the climate emergency and delivering the Connecting Leeds transport ambition of being a city where you don’t need to own a car.”

“To see work begin on site of the new White Rose Railway Station is extremely exciting. It’s the culmination of many, many hours of hard work from all of our partners from the West Yorkshire Combined Authority, Leeds City Council, Network Rail and Spencer. The new station will benefit not only employees on the White Rose Park, but those in our surrounding communities too, through improved accessibility, safe well-lit walkways, as well as upgraded cycle and walking routes.”

“The new White Rose Railway Station is testament to how a shared vision between the private and public sector can become reality. It will no doubt provide significant positive transformational impact for the local community.”

“As more people return to the railway, it’s essential that we continue to support schemes that connect people to new places and open up opportunities for work and leisure.

“It’s brilliant to see construction work starting on the new White Rose station and I’m looking forward to seeing the plans that we’ve helped to develop come to life.”

The scheme, which is being led by the Combined Authority and Munroe K, will receive money from the Leeds City Region Transforming Cities Fund, the Leeds Public Transport Investment Programme and £5 million from the Department for Transport’s New Stations Fund, as well as contributions from Munroe K.

Construction work is expected to continue into early 2023. Find out more information about the new station at westyorks-ca.gov.uk/white-rose.

One Reply to “Construction starts at White Rose rail station”