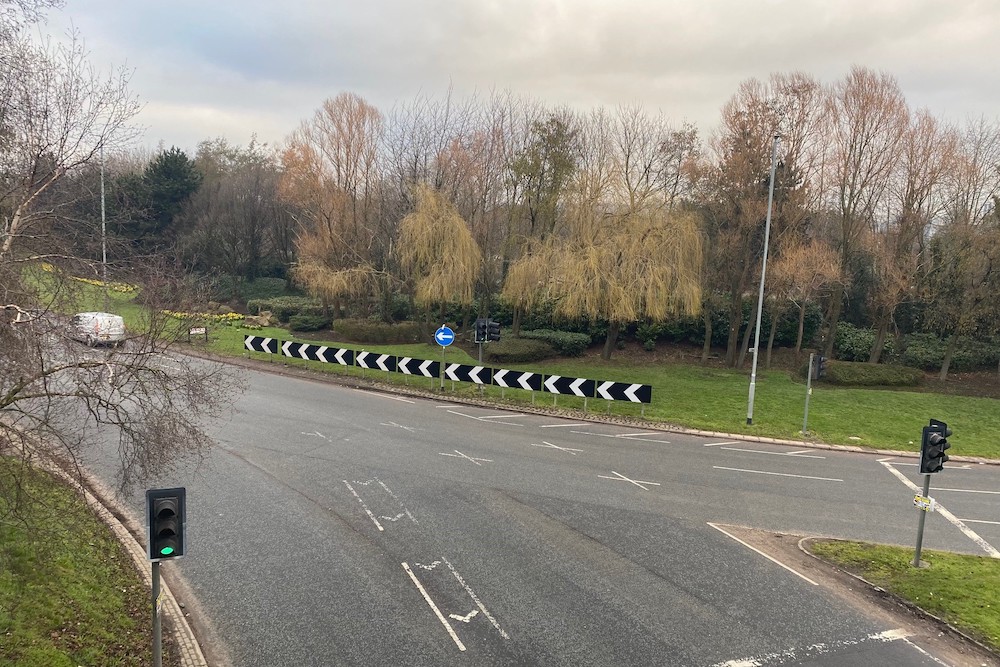 Updated plans to improve the Armley Gyratory and help transform transport and travel in Leeds have been revealed.

The Armley Gyratory is a key junction on the Inner Ring Road to the west of Leeds city centre. It is a major entry/exit point for traffic travelling through and into the city with an estimated 100,000 vehicles passing through it daily (pre Covid-19).

After two rounds of public consultation the designs have evolved, with feedback being used to understand the features that are most important to local people, which have been retained and enhanced in the new design. The updated designs will:

These new Connecting Leeds designs support the Council’s vision for a more liveable, greener and better connected city centre. It will complement and enable wider improvement projects in the city, providing an opportunity to create better public spaces. Specifically, the plans underpin transformation of the city centre by the closing of through vehicle traffic, a pedestrianised City Square and South Bank developments.

Previous consultations in 2018 and autumn 2019 found the key themes in the public feedback to have:

The updated plans will address the movement through the gyratory by providing the following features: 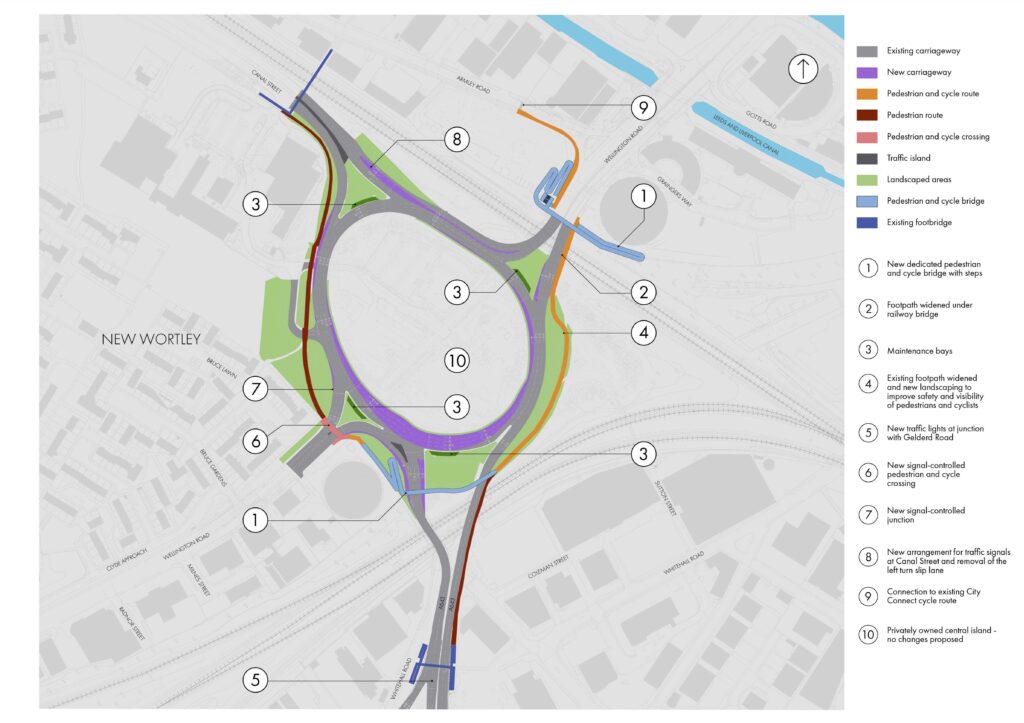 The council will seek approval from the West Yorkshire-plus Transport Fund for the City Centre Package works of £40.5 million to fund this scheme.

The public will be able to view the updated scheme designs online at armleygyratory.commonplace.is and local residents will be contacted about the scheme.

The next steps will see a planning application submitted in the summer. There will be an opportunity for comments on the proposals during the planning process. If approved, construction will start next year and be completed in 2023.

The improvements are part of Connecting Leeds, the council’s transport strategy for the city. Connecting Leeds are working with the West Yorkshire Combined Authority, partners and stakeholders to improve all aspects of the transport network in Leeds and connecting to the wider Leeds City Region.

“Improvements to major junctions like the Armley Gyratory will support our vision to make better use of road space, improve walking and cycling provision as well as promote public transport options across the city.

“It will create a more people-friendly and accessible city centre, removing unnecessary vehicle traffic from the city centre and creating a safer and healthier environment for public transport users, pedestrians and cyclists. This is key to unlocking more pedestrianised areas such as City Square in the heart of the city.

“In addition, the Armley Gyratory proposals offer significant benefits for local communities to access the city centre, with improved cycling and pedestrian facilities. Improving and reducing these physical barriers is a key part of our long-term plans to support easier movement across our communities.”