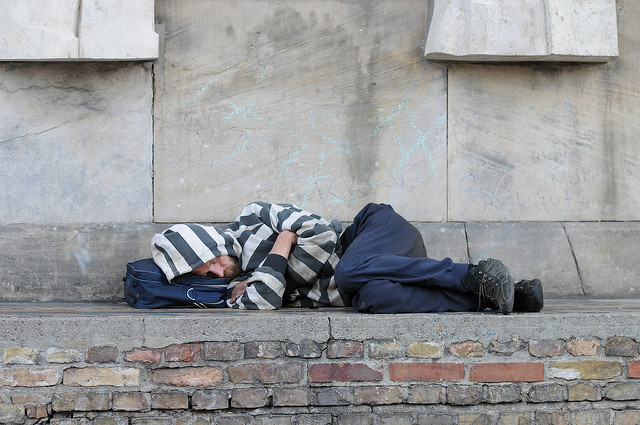 The Inner South Community Committee – the panel made up of the nine sitting councillors for south Leeds – met last week (Wednesday 28 November 2018) at the Hillside Centre in Beeston Hill, dished out some funding, and chewed on some big local issues together.

The lion’s share of the meeting consisted of a lengthy and varied discussion with Police Inspector Ian O’Brien, who offered some disarmingly frank reflections on a range of local situations: read on. (Then see below for a summary of other discussion points.)

Insp O’Brien addressed the recent upsurge in rough sleeping locally: “Safer Leeds need to understand the impact (of driving rough sleepers out of the city centre) on our communities. We’re picking up the pieces – all just to make the city centre appear safer, or look nicer. There’s no long term strategy.”

On the Managed Zone in Holbeck, he talked about how he and his team were working hard on trying to contain the sex work within the agreed zone. To do so, they had tried and failed to persuade the Home Office to change policies on the prosecution of curb-crawlers. Instead they were now pressing ahead with stretching their procedures – so that fewer police staff (including PCSOs) could together corroborate evidence; this was enabling them to dish out more cautions than before. And he praised the local community: “The community intelligence has been fantastic. We couldn’t have done what we’ve done recently without it.”

He also spoke of recognising the value of deploying ‘bobbies on the beat’ when he had enough staff to do so, to build local confidence in the community – but stressed that they regularly didn’t have spare capacity. In response to queries from Cllr Mohammed Iqbal on blatant drug dealing, Insp O’Brien stressed the importance of community intelligence: “Just feed in the intelligence, and please keep it coming”. Cllr Kim Groves pressed for the police to get better at reporting positive results, to build local confidence in reporting. And finally, if it’s any consolation to readers, Insp O’Brien reported that – having worked across the city – he found south Leeds “not as bad as east or west Leeds”!

Finally, funding was agreed to a range of local events and projects, and budgets updated. Notable recipients of funding include all the local galas and festivals, all the local Christmas lights displays, the new Cottingley play area and Multi-Use Games Area, the Holbeck and Beeston Hill Priority Neighbourhood schemes, the Re:establish youth programme in Holbeck and Beeston, the Cross Flatts Park Christmas Lantern Festival, a youth summit, fencing and gates for Springfield Place in Hunslet Carr, a Little Free Library in Middleton, and South Leeds Life itself.

The Inner South Community Committee meet quarterly; their next meeting is due on Wednesday 6 March 2019, from 4.30pm at the Civic Hall. For further info on their meetings, including full notes, click here.