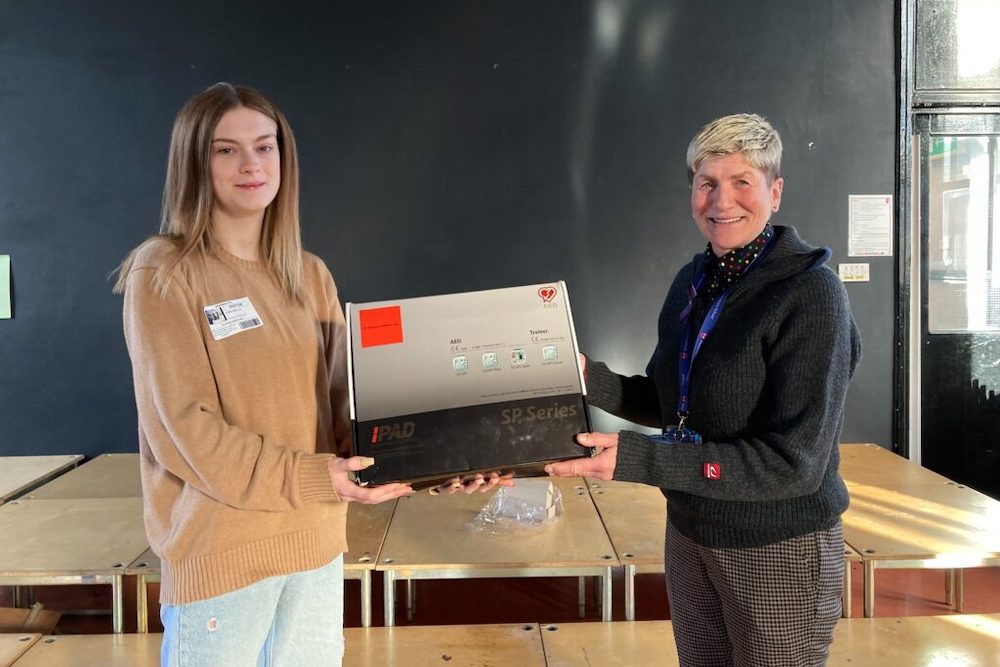 Middleton Primary School were given a defibrillator on Friday (19 November 2021) to help the school and the community.

The primary school had a Friday morning ‘Thank You’ assembly like no other last week, as they were surprised by special guest Cody Hartley, who presented the school with a defibrillator.

Since the age of 11, Cody has been raising money to purchase defibrillators for the local community and now, eight years later, continues to fundraise whilst also working as an ambulance dispatcher.

After headteacher Sam Williams approached her to see if she could donate one to the school, the campaigner got to work to ensure the school in South Leeds received a defib for themselves and people in the surrounding area.

Miss Williams began the assembly introducing Cody and asking the children if anyone knew what a defibrillator was, and after a few guesses, a correct guess was made, and the assembly continued.

The primary school were honoured to receive this, and after the assembly had finished, Miss Williams said:

“We are very pleased to have the defibrillator in school because if someone does have a heart attack, we can save a life, hopefully we never have to use it, but if we do, we have one here, so we are very grateful to Cody.” 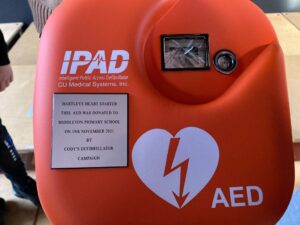 Despite some popular misconceptions, defibrillators are helpful and can save the lives of anyone, and Cody highlighted this after the ceremony.

“I aim to put defibs in schools because you don’t know who is going to need one, it’s not always adults, it’s not just the elderly, it can be children as well.”

This important piece of machinery has never been as important as it is now, especially after Christian Eriksen’s collapse at the Euros last summer on such a big stage.

Find out more about Cody’s campaign on her Facebook page here.