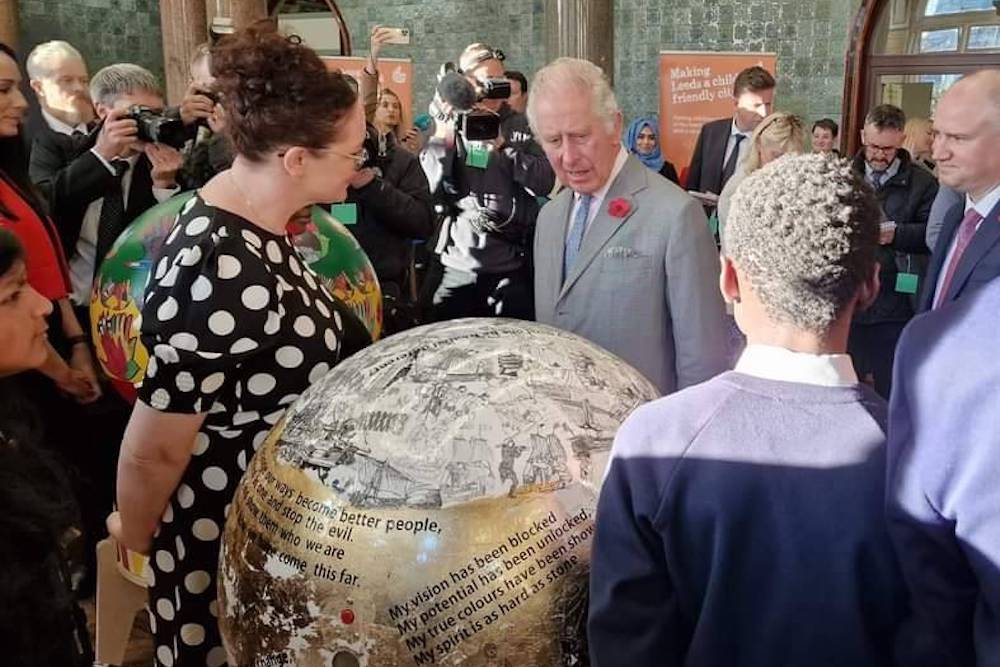 King Charles III admired the amazing art work and poetry of students from Cockburn School as part of The World Reimagined project on his recent visit to Leeds.

The King’s visit to the Leeds Art Gallery showcased their work and one student gave King Charles a signed copy of the poetry anthology featuring the poems written by the pupils. 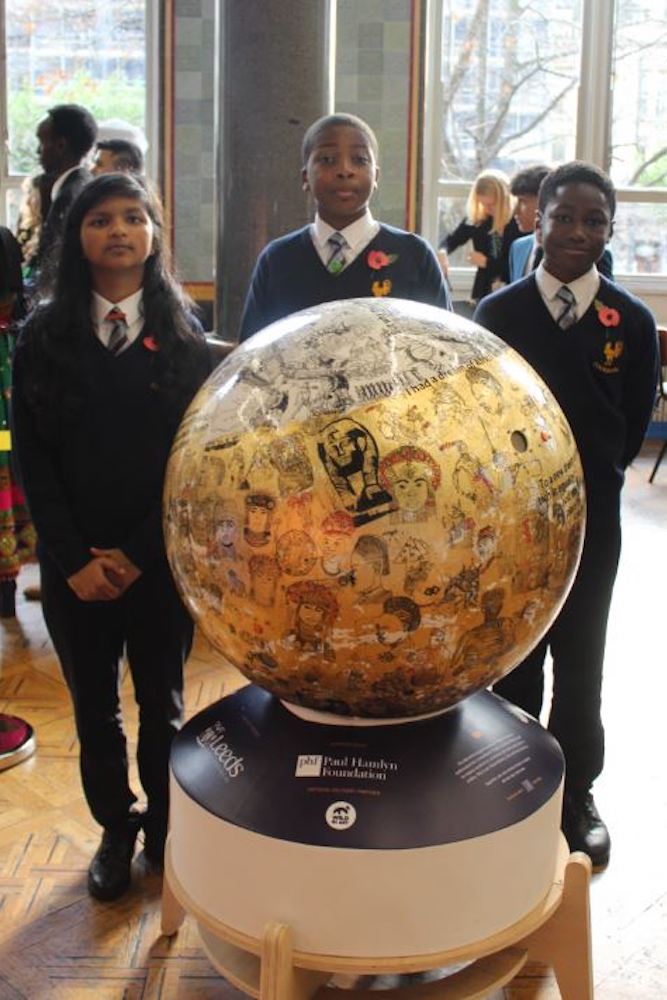 As part of a spectacular cultural education project, pupils from 13 schools around the city, including Cockburn School and Cockburn John Charles Academy, designed and created their own beautiful artworks which were on show at Leeds Train Station.

The project has seen pupils explore the history and impact of the Transatlantic Slave Trade and then put their learning into practice, working together to create a unique globe sculpture with its own compelling message.

Focusing on themes including compassion, courage and connection, the learning programme has also encouraged pupils to think about the actions we can each take to make racial justice a reality in our society.

The project was inspired by The World Reimagined, an exciting and thought-provoking arts initiative which has seen Leeds join cities around the UK in hosting a trail of large scale, colourful globes created by renowned international artists.