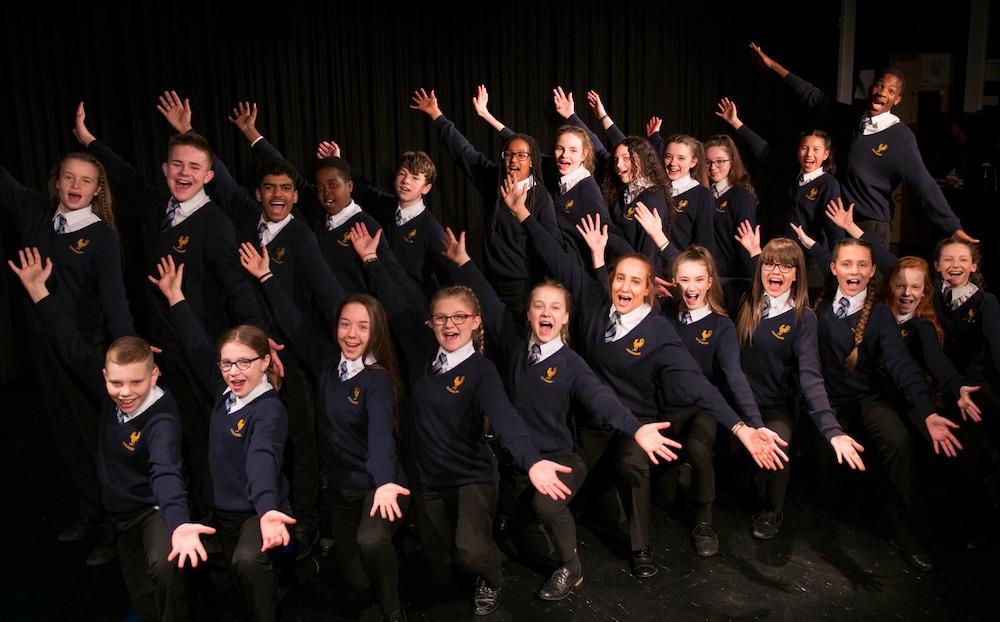 Cockburn School’s provision in the arts has been awarded Artsmark Platinum status in recognition of the school’s commitment to, and excellence in, arts education. Artsmark is Arts Council England’s award recognising excellence in cultural education. It celebrates schools’ commitment to embracing arts across the curriculum and bringing creative learning to life for children and young people.

Cockburn School has a long standing involvement with Artsmark and has previously held the Artsmark Gold status. The Platinum Award has been achieved following two years of development, which began with an assessment of the arts and cultural experiences already on offer in the school.

Arts Council England aims to ensure that every child and young person has the opportunity to experience the richness of the arts and they have recognised Cockburn as being a top provider.

The process was incredibly rigorous and the school were assessed on many areas of their provision including arts in the curriculum, extra-curricular arts activities, how they work with artists and arts organisations and how well their arts provision impacts on staff development and the wider community. They are thrilled with the decision as they know just how creative and talented the young people of South Leeds are.

The assessor was particularly impressed stating that:

The school’s partnership with the Leeds SCITT and Leeds Trinity University was seen as a huge strength. This partnership trains arts teachers of the future and is extremely successful. The assessor also highlighted that Cockburn School:

“Acts as a leader and influencer for other schools within your MAT, regularly reviewing pedagogy and policies to extend the high quality arts provision to a larger percentage of students within the South Leeds area.

“You plan collaboratively as a MAT to ensure consistency. It was very encouraging to hear that a lead inspector for Ofsted was extremely impressed with the arts provision and drew particular attention to the confidence and enjoyment in the Arts by boys.

“Also, in March 2019 the Local Authority conducted a one day review and concurred with the Ofsted inspection that there is exceptionally strong practice at school noting that the provision in the Arts drives the school and has a significant impact on student progress and attainment. Congratulations on your Artsmark Platinum Award!”

“I would like to congratulate Cockburn School on their Artsmark Award. As an Artsmark Platinum school, Cockburn School exemplifies how the Award can help schools to achieve a broad and balanced curriculum, ensuring that each of its pupils is given the opportunity to explore and build a love of the arts that will remain with them as they go through adult life.”

“The Platinum Artsmark attests that arts and cultural provision is flourishing in the school, and there are so many more creative prospects lined up for the coming academic year and beyond.

“I am extremely proud of the professional work that our students and staff create. The process was incredibly rigorous and we are thrilled with their decision as we know just how creative and talented the young people here are.”

Students at Cockburn School have recently been supporting artists for the latest series of the BBC’s Last Tango in Halifax that has filmed in the school. They are also preparing for their annual musical, ‘The Addams Family’ which will be performed in December.