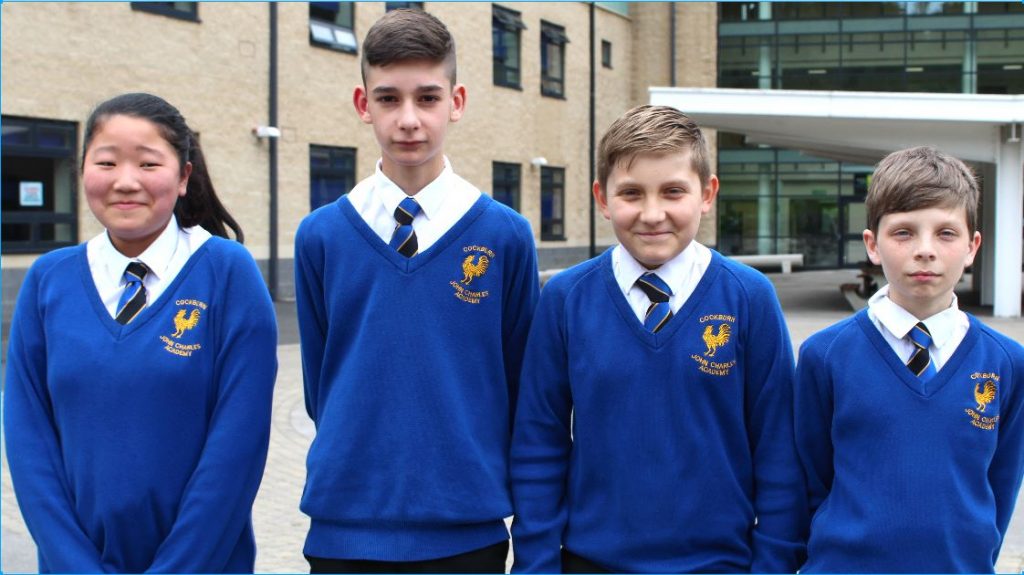 After submitting their proposal to the judging panel they are among top 10 teams nationally and have been invited to the final in London on Thursday 27 June to present their idea to a panel of judges. The winning game will be produced and released online to schools all around the world on ‘Mangahigh’ an online Maths teaching platform .

Their game sees players compete to use co-ordinates to navigate mazes in order to crack a mathematical code word. Train travel to London was being kindly provided by the Academy’s business partner, LNER.

Speaking ahead of the final, Head of School, Siobhan Roberts said:

“We are extremely proud that our students have been recognised for their ingenuity and imagination in planning and presenting their ideas on a national level. Whatever the outcome, the students competing in the final will gain an invaluable experience that will stay with them for years to come.”

The school posted an update on Friday:

After their 10 minute presentation they were questioned by the judges and other members of the audience. I was SO proud of how confidently they presented their ideas and faced the questioning afterwards – particularly Patrick who thought on his feet for some very difficult questions! The judges gave feedback afterwards and said:

Awards were given for 3rd, 2nd and 1st place. Before the judges awarded these they said they needed to give a special mention to another team who had come so incredibly close to taking third place. And then they described our game! SO CLOSE! 4th place is still such a great achievement! They are already determined to win next year!