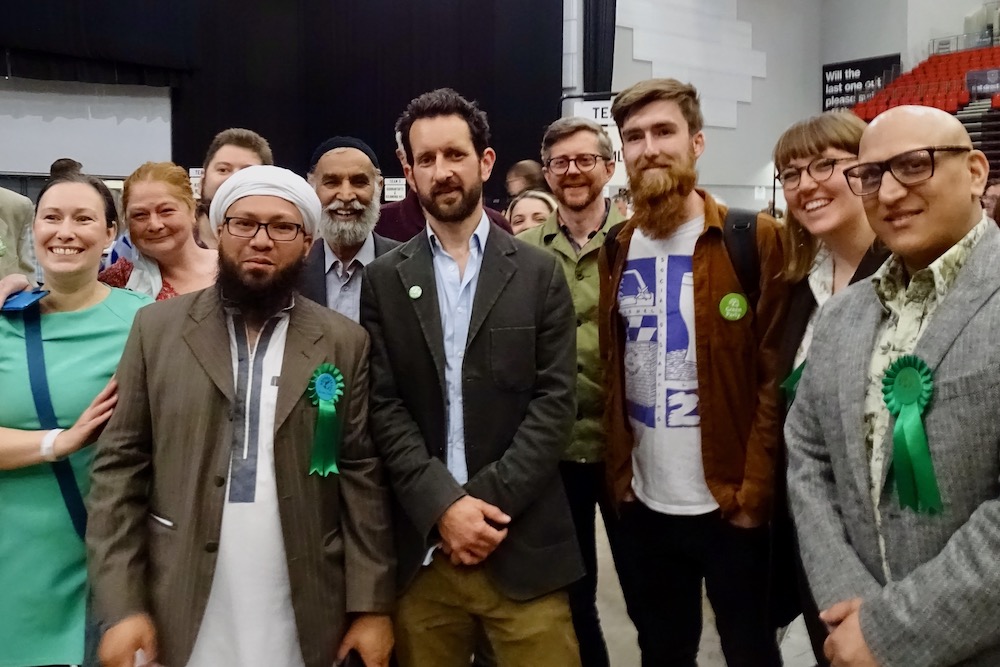 The Labour Party has lost two of the three seats in South Leeds as Ed Carlisle won the Hunslet & Riverside seat for the Green Party and Wayne Dixon won in Middleton Park for the SDP.

Both candidates have campaigned for a number of years and came close to winning last year. But their margins of success were significant, Ed Carlisle won by almost 500 votes, whilst Wayne Dixon won by over 700 votes.

“It’s taken a long time to get here, we’ve run in many elections, but it’s great to eventually break through. Huge thanks to the large number of people who got involved and supported us, thank you to everyone who voted, whoever they voted for. I think it’s just really important that we keep on fighting to make democracy work for our communities.

“I think it’s great that the political landscape is changing and people are looking for positive alternatives. I think we have, over the last few years, offered a credible political alternative and people have now rewarded us. We plan to keep offering an alterternative, keep getting our hands dirty, collaborating with the local community to make things happen in South Leeds.”

Asked if his win in Middleton Ward was the biggest political shock in Leeds for years, Wayne Dixon said

“I don’t know that is that much of a shock to local people.

“I think people are starting to think outside of the traditional parties and starting to look at different politics and reassessing why they vote the way they do.

“Everyone in Middleton feels like they’re forgotten, and (they see) the investment that the city centre has.”

“It was mostly local issues that came up on the doorstep. I’ve always focussed on local issues, because that’s what I know about and that’s why I started in politics in the first place, because I feel the area has been let down.”

“It hasn’t really sunk in, but I’m very happy with the result and the fact that it wasn’t close, I won by several hundred votes.”

“I want to thank the residents of Beeston, Holbeck and Cottingley for putting their faith in me to be their Labour Councillor. I look forward to working with my fellow Councillors Andrew Scopes and Gohar Almass.

“I also want to thank Angela Gabriel for her 25 years of service as a Councillor. I know I have big shoes to fill, but I hope to do her and the community proud.”

Overall there has been little change to the political make up of the Council. Labour are expected to retain an outright majority of the 99 seats once all the results are declared later this afternoon.

UPDATE (5:15pm): With all results in, Labour keep control of the Council, increasing their seats from 52 to 58, despite the two losses in our area.

The results in full:

4 Replies to “Changing of the guard in local elections”