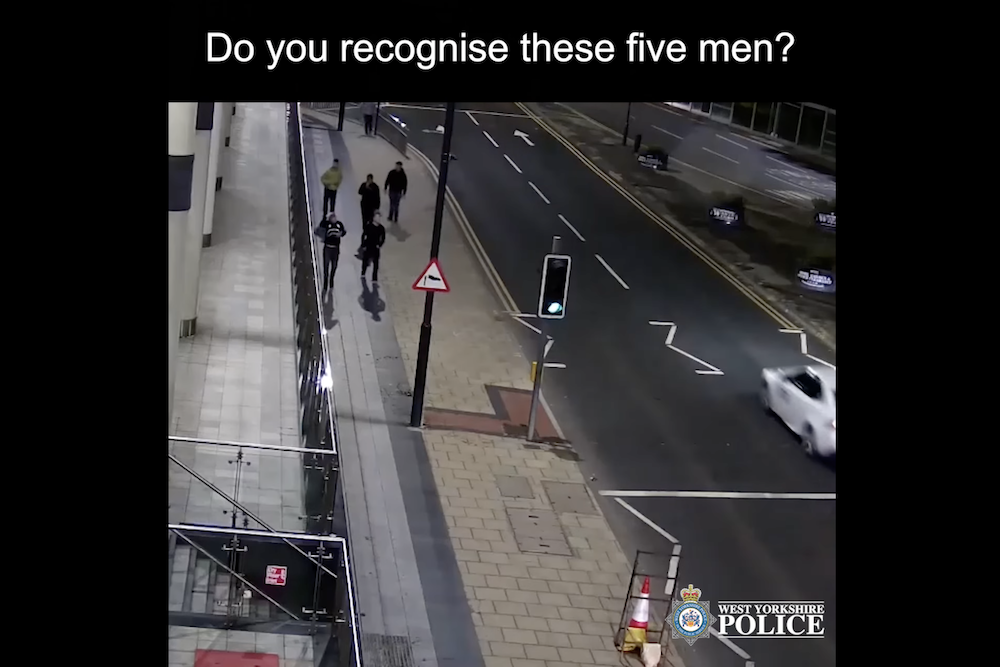 Detectives investigating an unprovoked racist attack in Leeds have released CCTV footage of the group of males involved, which shows two of them appearing to celebrate after the incident.

The victim, a 20-year-old man, had been on his way to the gym when he was approached by the group of five males in Victoria Road in the city centre, near to the junction with Water Lane.

He was racially abused before one of the men threw a punch at him. As the victim fought back, the others joined in the attack and made further racist comments.

As the victim tried to get away, he was struck with a bottle causing a wound to his head that needed stitches at hospital.

The incident, which is being treated as racially aggravated wounding with intent, happened shortly after 2am on Sunday 29 May 2022.

Enquiries showed a second separate male victim was also assaulted by the group in the vicinity but never came forward and officers would still like to identify him.

Anyone who recognises any of the group from the footage or who has any information could assist in identifying them is asked to contact DC 3101 Roberts at Leeds District CID via 101 quoting crime reference 13220290774 or online at www.westyorkshire.police.uk/101livechat