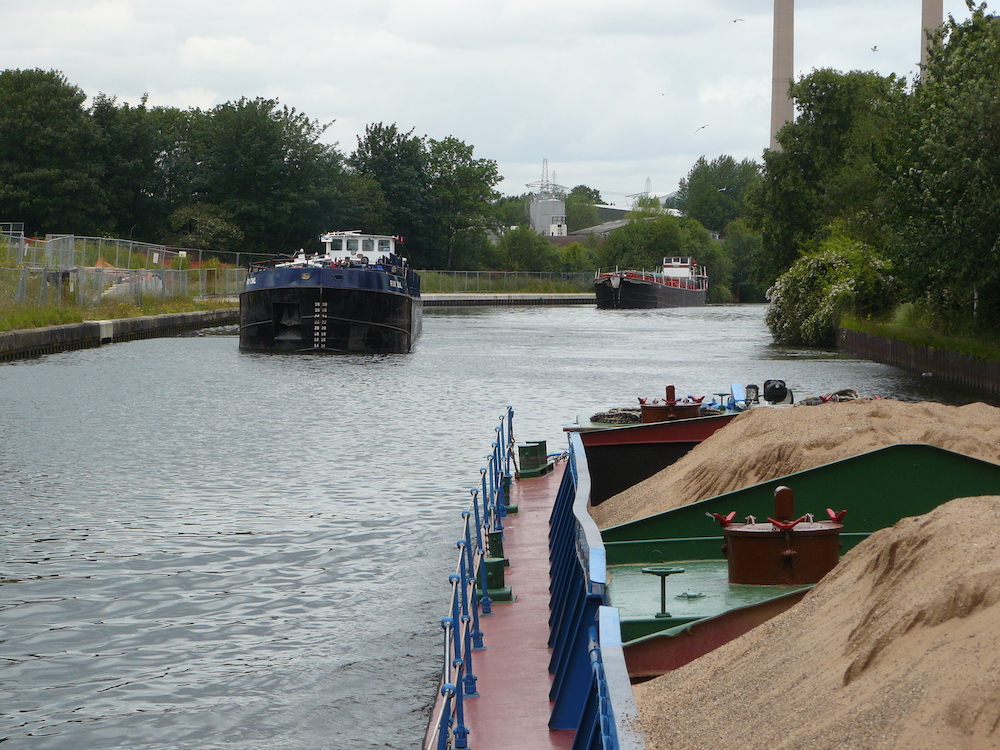 Leeds Inland Port will help take up to 0.5 million tonnes of freight traffic off roads

As South Leeds Life reported at the time, the waterway and wellbeing charity that looks after 2,000 miles of the nation’s canals, submitted its planning application to Leeds City Council in 2018 and is now speaking to West Yorkshire Combined Authority to secure the £3.37 million needed for the scheme.

Designs for Leeds Inland Port have also been revealed by Canal & River Trust, which hopes to commence construction onsite in summer 2020.  Aggregates will initially be the first goods to be delivered to the site. Plans to accommodate other goods and container freight are also under development.

“We are looking forward to progressing our plans to realise Leeds Inland Port which will have capacity to take up to half a million tonnes of freight traffic off the roads. The overall marketplace for freight within West Yorkshire is over ten million tonnes per annum and the potential to move a considerable proportion of this by water is high.

“Leeds Inland Port presents a fantastic opportunity for our charity to help to reduce the environmental impact of transporting goods, reducing carbon emissions and road congestion, as inland waterways across the world continue to be effective and efficient transport corridors. By improving the connection between Leeds and the North Sea through our canal network, we hope to pave the way for further development of the inland waterway freight sector across Britain and internationally.”

“I am excited to support this pioneering new project from the Canal & River Trust to create a new inland port at Stourton Wharf in Leeds.

“The new port, removing up to half a million tonnes of freight traffic from local roads and relieving traffic congestion, will create a host of new economic opportunities not just for people in Leeds but throughout this key region of the Northern Powerhouse.

“This major infrastructure project supports the wider investment the Government is making in Leeds with over £694.5 million of Local Growth funding to spur regeneration, create new jobs and level up communities.”

“Utilising our waterways better to improve the flow of road traffic and cut air pollution is a real step forward in helping to shape the city’s greener, cleaner future.

“Our city’s waterways have historically played a significant role in transportation and with this new investment rightfully reinstate their importance for moving goods once again.”

The Yorkshire and North East waterways region handles on average 330,000 tonnes of freight per annum. The Aire & Calder Navigation is classified as a commercial waterway under the 1963 Transport Act and is recognised as priority freight route in the Trust’s freight policy.

The announcement comes a year after the waterway and wellbeing charity co-hosted a major international conference Freight by Water in October 2018 with the Freight Transport Association (FTA) whereby the Trust outlined a vision to develop a viable and sustainable transport corridor from the North Sea to Leeds.

“There’s never been a better time for businesses to explore waterways as a means of freight transport. Waterways provide businesses with the perfect opportunity to reduce costs and environmental impact and should be an integral part of any effective multi-modal logistics strategy. However, further investment in infrastructure is urgently needed to help reach its full potential.”

Main photo: The three last barges to run on the Aire & Calder Navigation in 2013. They operated from the River Trent at Besthorpe to Whitwood near Castleford.