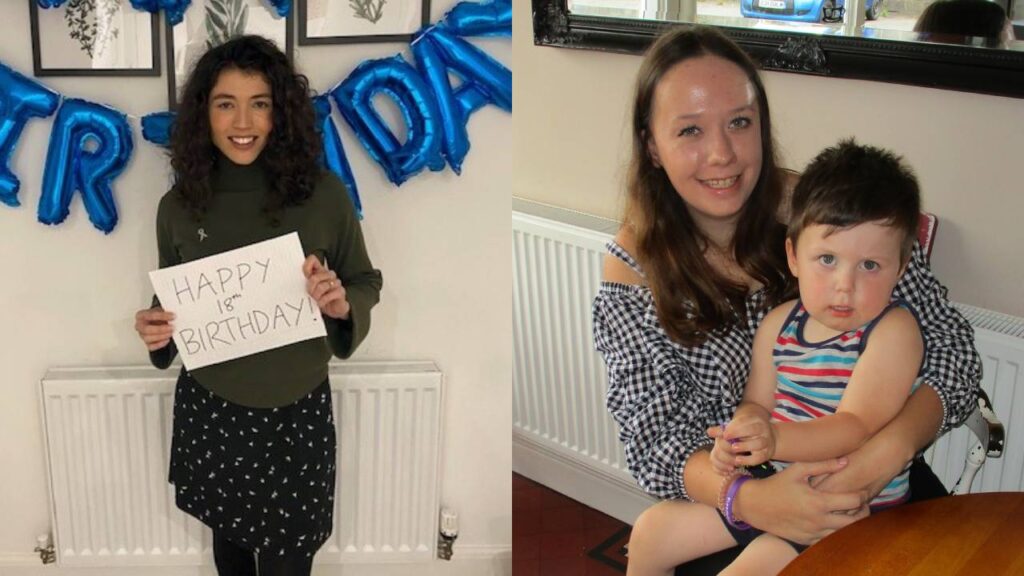 Lucinda, who you may recognise from Channel 4’s First Dates, became a Yorkshire’s Brain Tumour Charity (YBTC) Ambassador after her mother was diagnosed with a terminal brain tumour and sadly passed away. She took on the role in 2019 to drive awareness and continue her mum’s legacy. Lucinda is Senior Online Trading Manager for Asda and has brought a wealth of retail skills to the charity over the past few years. Using her work connections, Lucinda has arranged for Asda to have their own stall at GardenFest.

Lucinda will be joined at the event by Ellie Sayers, who was diagnosed with a brain tumour at the age of 16. After feeling dizzy and tired and experiencing severe headaches for a few weeks she visited A&E. Ellie underwent an 8-hour surgery and waited a further two weeks to find out whether the tumour was cancerous. At the time, Ellie had no idea that she was also 12 weeks pregnant. Ellie has supported Yorkshire’s Brain Tumour Charity ever since her diagnosis by doing a sponsored skydive and organizing a music festival. She is now 23 and engaged with two children.

“When Mum was first diagnosed, we were just in shock. Attending the YBTC support groups in Leeds to meet other families was invaluable. They knew what we were going through, we could talk openly. Mum taught us to live life to the full and did lots of charity work herself before she was ill, so I know she’d be proud of the work I’m doing with YBTC now.”

“Having a brain tumour literally turned my world upside down. Work, family life, mood, memory, and independence…everything changed. I am so grateful to YBTC for continuously supporting me and being a friend to lean on, so it’s nice to give back.”

Ellie will be running activities for children at GardenFest where she will be joined by her father Ian, who co-owns the food company Spuddy Licious who will be serving hot food throughout the day. Marie Peacock, CEO of YBTC comments:

“We’re so excited to be able to welcome our supporters back to the first face-to-face event since the pandemic and we’re delighted to have Ellie and Lucinda in attendance at GardenFest. We’re sure it’s set to be a great day out for families.”

The charity will be asking for a small donation on entry to join in with the games, activities, inflatables, stalls, food and drink on offer. To find out more about GardenFest, go to yorksbtc.org.uk/gardenfest