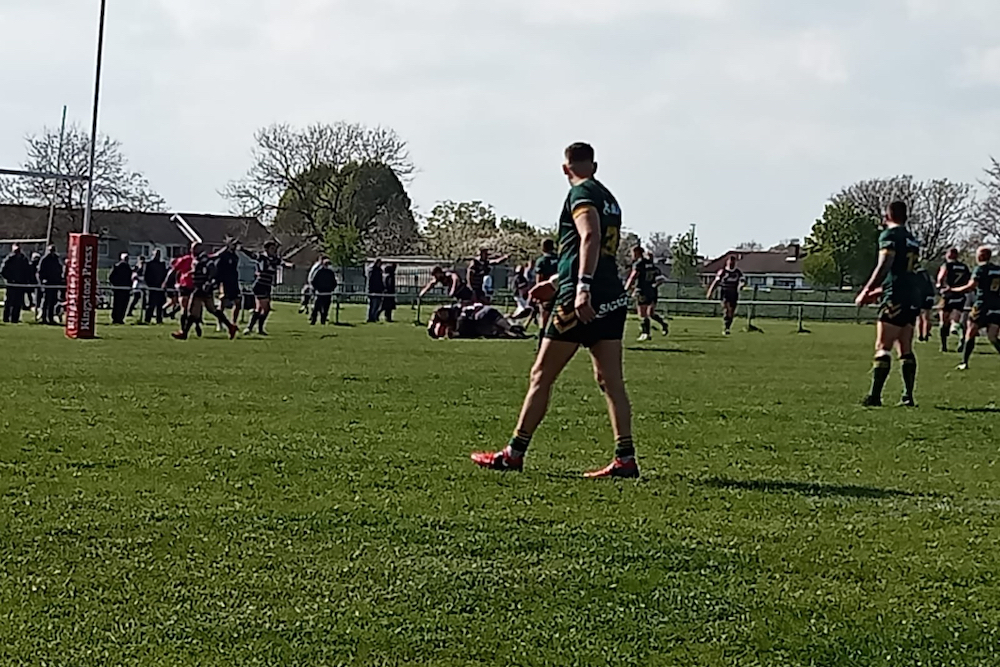 Spring sunshine together with a cooling breeze greeted the teams as they took the field for this NCL Round 7 fixture on Saturday (23 April 2022) at the Acorn ARL Sports and Social Club home of York Acorn. In a game that was for the most part a scrappy affair, with high error counts on both sides, it was Hunslet Club Parkside who ultimately came away with a 26-12 victory. The home side were very much in the contest for three quarters of the game, but this defeat sees them still searching for their first win of the 2022 season.

Centre Jake Dearden opened the scoring for Parkside on 24’ by exploiting the space created by the sinbinning of Acorn centre Potter to break the defensive line and run in unopposed to touch down under the posts. Danny Rowse added the extras and also brilliantly converted Craig McShane’s try who broke through just three minutes later and dashed 30 metres to cross out wide on the left. The home side scored a converted try on 38’ bringing the half time score to 6-12.

On 44’ York’s big prop Stubbs forced his way over the line under the posts for the first try of the second half which with the conversion brought the scores level at 12-12. This turned out to be the last time the home side troubled the scorers and the Old Boys scored further tries through Kieran Webster on 55’ and Jack McShane with two minutes to go. Rowse converted both with a penalty goal in between to round off a good afternoon with the boot.

Stand out for the Old Boys was 2021 NCL Premier Division Player of the Season full back Craig McShane who added to his ever-growing tally of Player of the Match displays with another accomplished performance in both attack and defense. McShane brought the ball out of defense with power and skill a number of times, a task in which he was ably assisted by wing Will Cohen who showed smart footwork and agility to gain important metres and so easing the pressure at crucial moments.

After the game South Leeds Life spoke to Parkside Head Coach Sam Thorpe who praised the defensive efforts shown by his side:

“One of our better performances today considering we had a fair few players out. We could have been a bit sharper on attack but our defense was really good.”

The Old Boys have a big game next Saturday (30 April 2022) at home to League leaders West Hull and Sam had this to say about the game:

“We’ll be working hard in training this week to build up our enthusiasm going into the next round and we’re hoping to have a few bodies back on board for next Saturday’s big game against West Hull”.

Captain Ben Shulver was also pleased with the defensive side of Parkside’s performance:

“We were maybe a bit scrappy on attack today but it’s hard to get combinations going with lots of changes week by week. The big emphasis on today’s game was our defense and apart from the 10 minutes either side of half time I think we fronted up well”.

A good crowd is anticipated for next Saturday’s home fixture, when the visitors will be current NCL Premier Division leaders West Hull. Kick-off is 2.30pm and admission is just £3, so why not get down to Station Moor, Beza Street, opposite the Gardeners Arms to show your support?

If you can’t make it next Saturday the game will be streamed live on the Rugby Football League’s Ourleague website. If you’re not already registered on Ourleague you can do so here: www.rugby-league.com/ourleague.