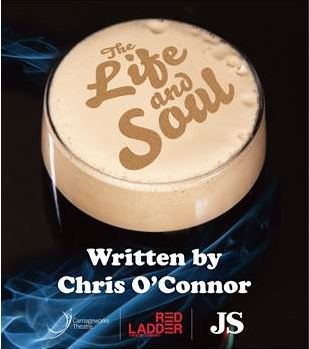 Belle Isle TMO’s GATE centre is hosting a double bill of plays on Friday 9 June 2017 that looks to showcase the work of Leeds writer, Chris O’Connor and Belle Isle’s own Tony Gaughan. 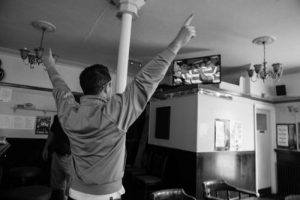 Life & Soul by Chris ‘O’Connor has toured the UK and for one night in June stops off in Belle Isle. The play shines a light on a little known fact – the single biggest killer of men aged under 45 in the UK isn’t drug related, traffic accidents or heart attack. It’s suicide. It’s a difficult topic to discuss but the facts are stark: In 2014 4,623 men took their own life, that’s 12 men every day, one man every 2 hours – 76% of all suicides in the UK were men.

Chris was moved to write the play after going through his own troubles and finding out that there was a huge problem of suicide among young men and that the problem is worsening. Chris said, ‘Jim’s story is sadly emblematic of what a growing number of young men go through on a daily basis and unfortunately a large number of those men see suicide as the only option. I felt compelled to write something about this and passionately want to raise awareness for people that they don’t have to go down that path, that there is help out there, that they are not alone. It is a play I felt I had to write.’

His Masters Voice by Belle Isle writer Tony Gaughan is a one act comedy about grief and reconciliation with the central question being: Has Sue taken on too much when she agrees to look after her ex partner’s dog? This is a new version of a play first performed at the Arundel Festival and as part of Dying to Laugh at the West Yorkshire Playhouse. 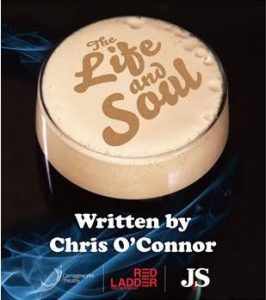 The evening of plays follows a recently completed 8 week acting course run in partnership with Red Ladder Theatre Company. The course was an enormous success and some of the actors involved have been invited to rehearse for roles in His Masters Voice.

Later in 2017 the GATE will also be hosting an 8 week Creative Writing course, organised by the Community Theatre Group and funded by Leeds Community Foundation.

Tickets for the Life & Soul and His Masters Voice are on sale from Belle Isle TMO’s GATE Resource Centre, Aberfield Gate, LS10 3QH priced at £2.