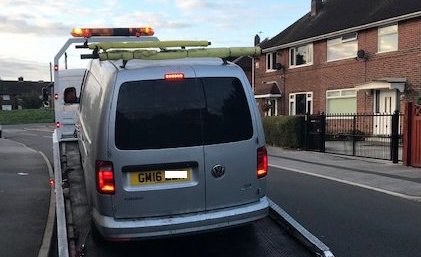 A local man has had his van seized and be given 60 hours of unpaid community work after he dumped waste in the city on seven different occasions during the summer. 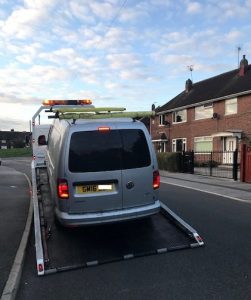 David Falconer, of Nesfield Road, Belle Isle appeared at Leeds Magistrates Court on Thursday 15 November and pleading guilty to all seven offences of fly tipping which took place in August 2018.

Falconer dumped a mixture of waste including internal doors, lawnmowers, wood, mattresses and other general waste on seven different occasions throughout August this year, but was caught after Leeds City Council deployed a CCTV car/van to catch the offender.

The council seized Mr Falconer’s van and returned it to the finance company to auction off, whilst the court ordered him to pay a contribution to costs of £585 and a Victim Surcharge of £85 as well as being subject to a Community Order of 60 hours unpaid work which the Probation team will monitor until it is completed.

“We simply will not tolerate flytipping in Leeds, and certainly not the extent of this case.

“The fact that the magistrates felt the case was serious enough for the Probabtion service to get involved shows that the city and the legal system has no time for this kind of illegal activity.

“I hope this serves as a warning to anyone considering flytipping, that we will take action as and where we can to prevent our communities being subject to this activity.”

For more information about flytipping and how to report incidents in Leeds visit www.leeds.gov.uk/residents/environmental-health/flytipping-and-waste-issues